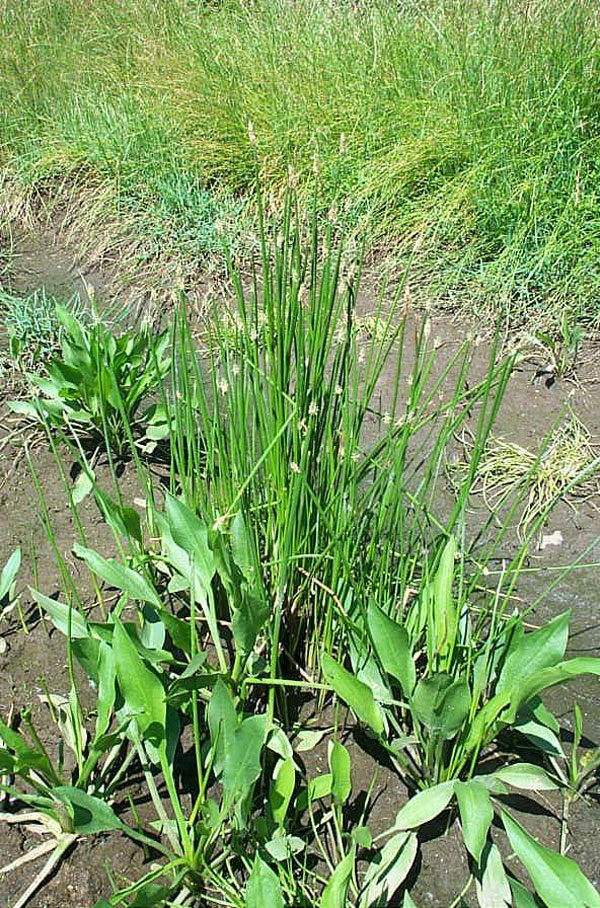 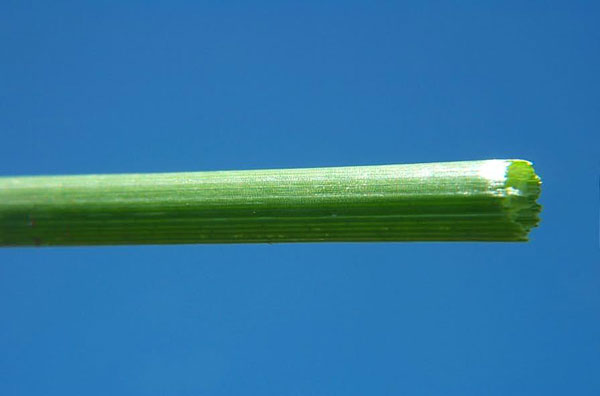 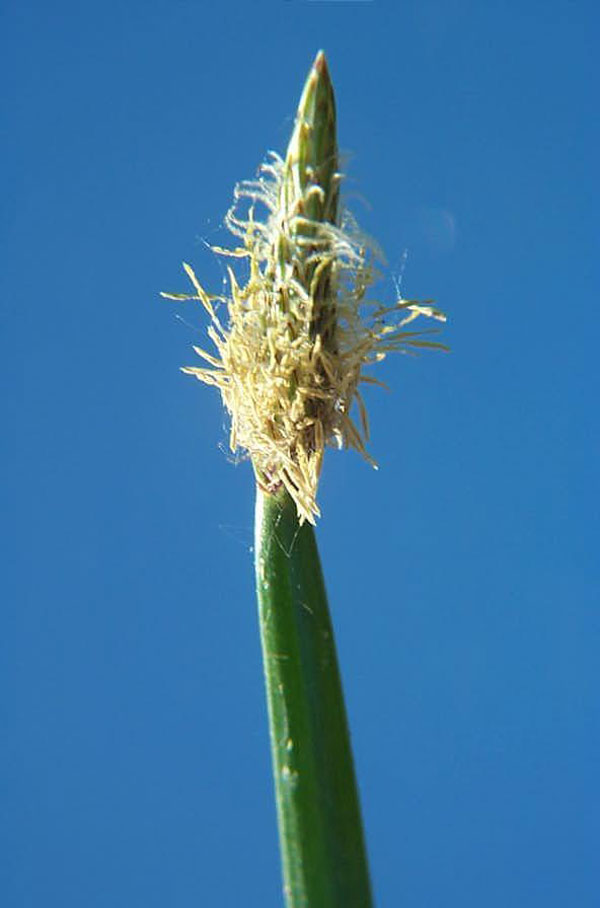 A native plant found throughout North America, with the exception of Florida and Georgia, to as far north as Alaska and south into Mexico.

A perennial that reproduces from seeds, but spreads quickly by rhizomes to form thick clumps. It grows in marshy ground and in shallow water such as irrigation or drainage channels. Its flowering head resembles a rush, but it is in the sedge family.

Mature plants grow to 40 inches tall with erect, leafless stems that have fine, longitudinal lines along them. The stems are round and easily broken, with nearly hollow interiors. The flowering head is a dense spike about 1 inch long, thicker than the stem and elongate cone-shaped, narrowing to a point at the top. The flowering parts are long, giving the overall spike a soft, fluffy appearance.

A systemic, non-selective herbicide labeled for aquatic uses will be necessary to control this weed when it grows in waterways.