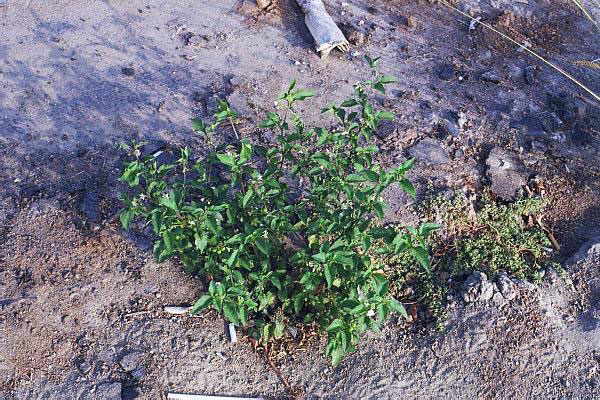 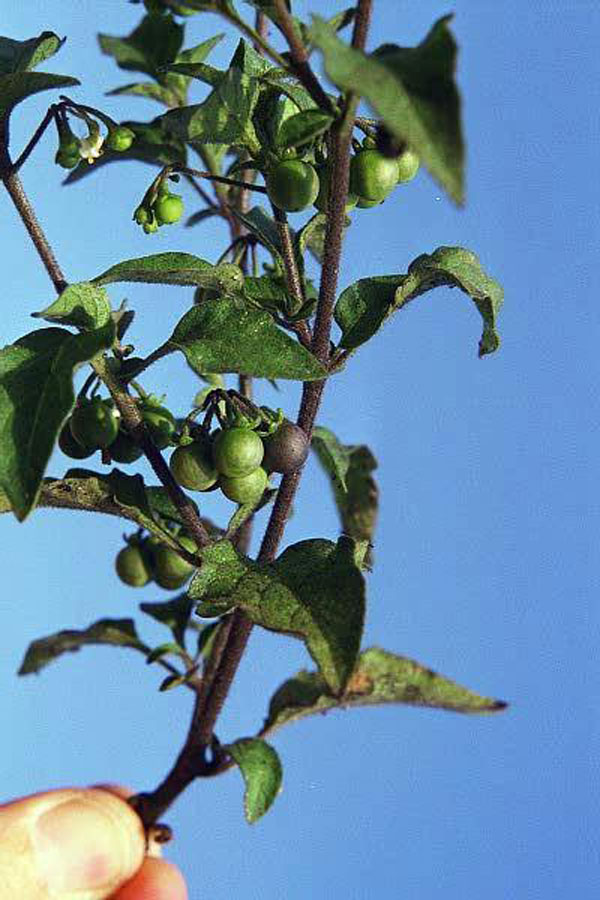 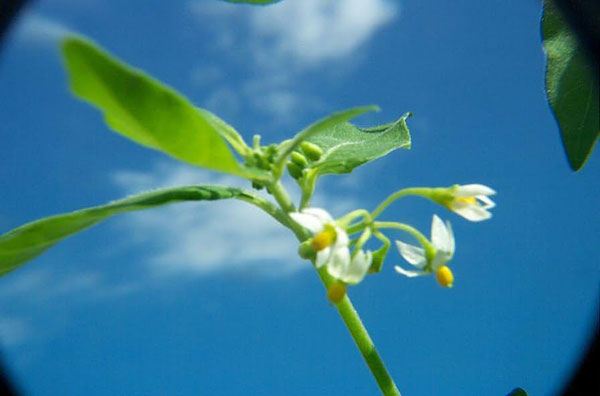 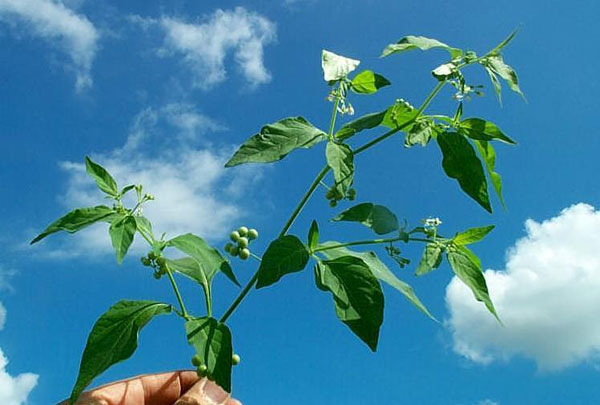 Native to Eurasia – around 1200 species of nightshade occur worldwide. In the United States Eastern Black Nightshade occurs east of the Rocky Mountains, while other species occur in the western U.S.

Summer annual weeds, although some may be short-lived perennials. Reproduction is by seeds, with germination beginning in the spring and occurring throughout the summer if sufficient moisture is present. All parts of the plant are poisonous with the exception of the mature fruit. The toxin is glycoalkaloid solanine, or “alkaloids”. The plant is toxic to all types of livestock as well as people.

The various species of black nightshade are very similar to each other, with differences occurring in the hairiness of the stems or leaves, the number of seeds per berry, or the color of the berries. Mature plant size and form varies considerably. They may have stems that are erect or that lay on the ground. They may be extensively branched or somewhat scraggly and erect. Mature plants may grow to 3 feet tall or taller Leaves are triangular-ovate and have either smooth or very wavy margins. Stems may be hairy or smooth, and are rough to the touch. Flowers are small, star shaped, and with white petals and prominent yellow centers composed of the stamens and pistil. Flowers occur in late spring into the summer, with berries maturing about a month after the flowers appear. Berries begin green and turn dull black (Black nightshade), shiny black (Eastern BNS), dull black (American BNS) or green to olive green (Hairy NS)

A problem weed in most cultivated crops and orchards, landscape, roadsides, or other sites, and it thrives especially in moist, fertile soils.