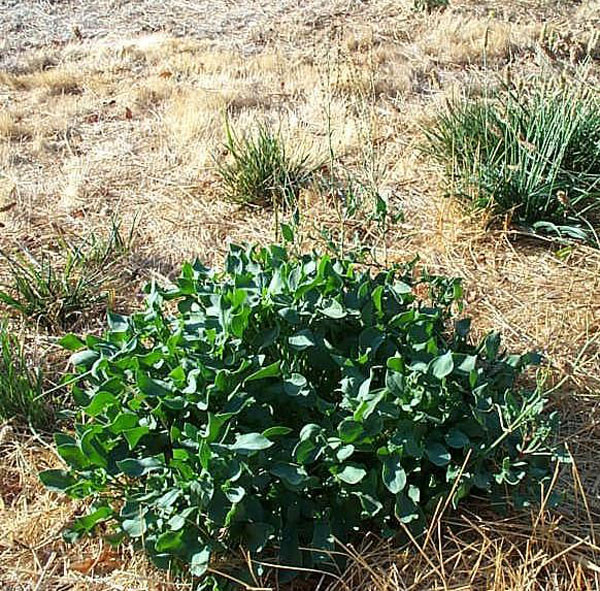 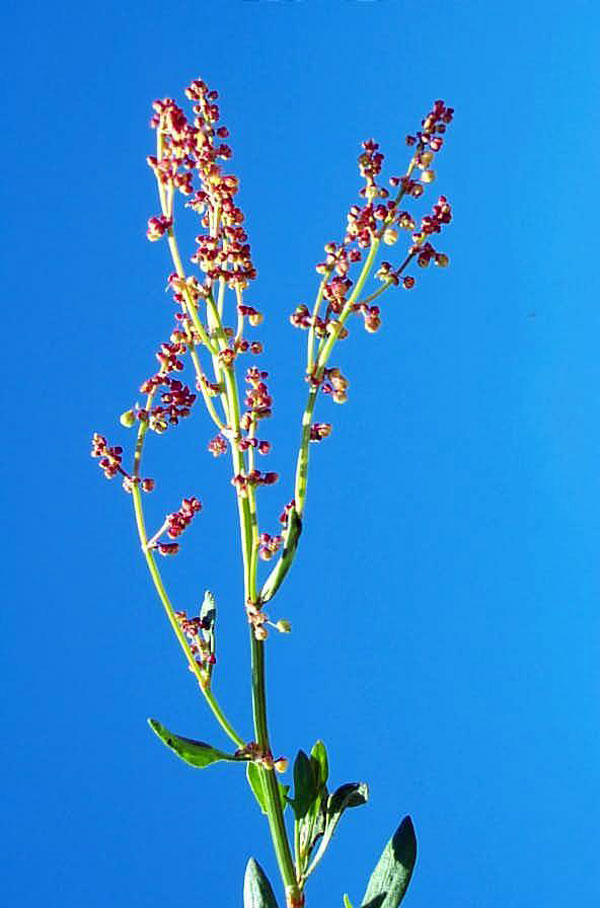 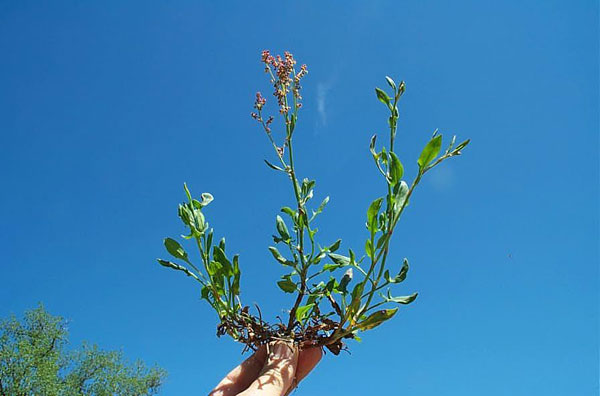 Native to Europe, now distributed widely across the United States and southern Canada.

A perennial broadleaf plant, with slender, creeping rhizome rootstocks. Foliage usually stays green throughout the year, with some yellowing in the fall possible. Reproduction is from seeds and from the rhizomes, with rhizomes forming new buds in early spring to produce new basal rosettes of leaves.

Mature plants generally are low but may grow to 2 feet tall, with somewhat woody stems at the base. Underground structures include a yellow taproot and numerous slender rhizomes. Mature leaves are widely arrow shaped, with 2 wide lobes at the base and a long stem. Leaves form as a rosette from a common base. Flowers are produced throughout the summer on long, thin stems, as clusters of tiny yellow (male) or reddish (female) flowers on separate plants. Flower stems are numerous and heavily branched.

A problem weed in landscape, turf, roadsides, and agricultural crops. It thrives best on acidic soil, and in soils low in nitrogen. Physical removal is difficult, as rhizomes break loose and will grow additional plants. Poorly drained soils also may encourage its growth.