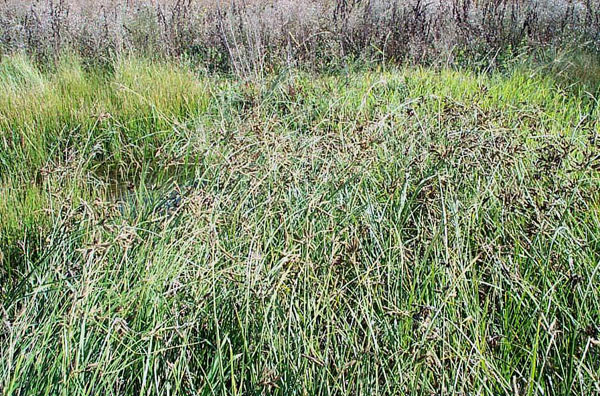 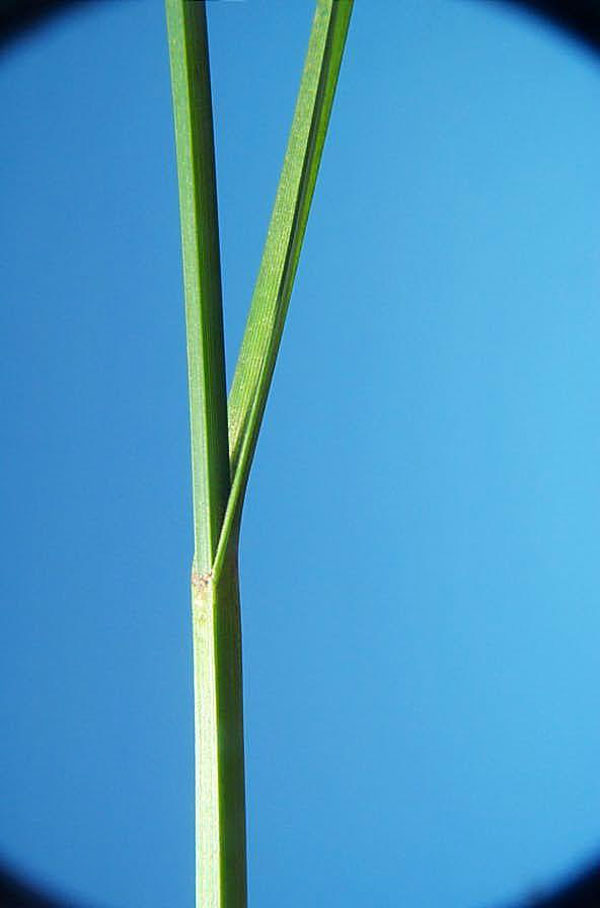 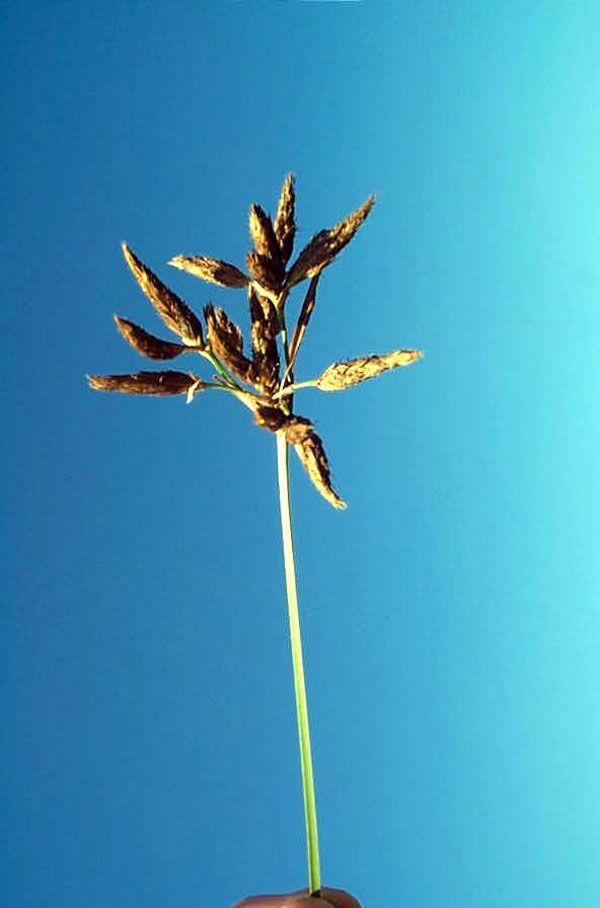 Native to Eurasia, but accidentally introduced to the rice-growing regions of California, and now a widespread weed in marshy habitats in California.

A perennial reproducing from seeds and propagating by long rhizomes. It is a problem along drainage and irrigation canals.

Mature plants are as tall as 3 feet, with thick stems that are sharply triangular in cross-section. Stems are leafless, but at their base is a short sheath that ends in a flattened point. Flower heads form at the end of the stem, along with a pointed, leaf-like structure that comes off the stem at a sharp angle. Flower heads are open clusters of several spikelets, each on a short stalk or no stalk. Spikelets are elongate and pointed.

Aggressively growing perennials that are found in marshy or aquatic habitats. Growth is from thick, strong rhizomes, making physical removal unlikely to be successful.