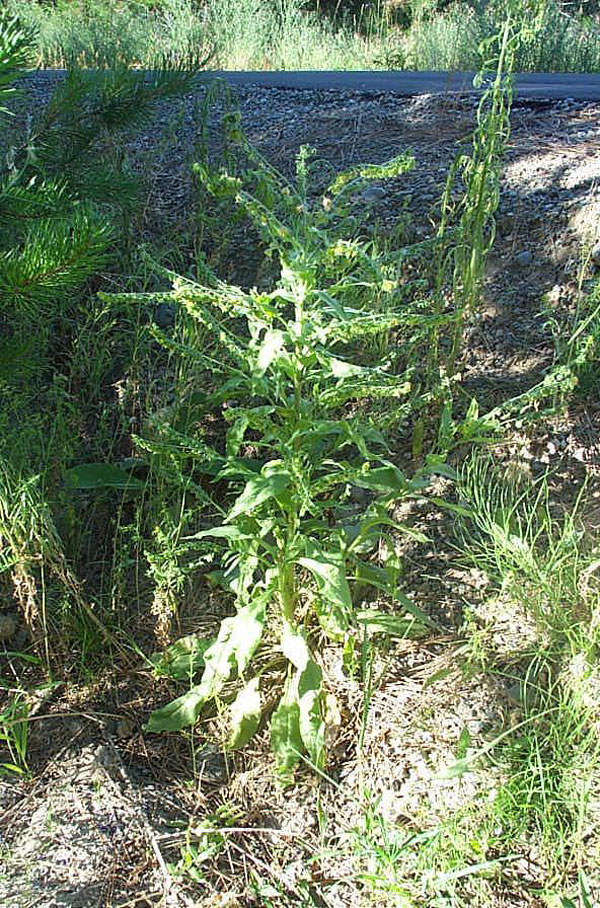 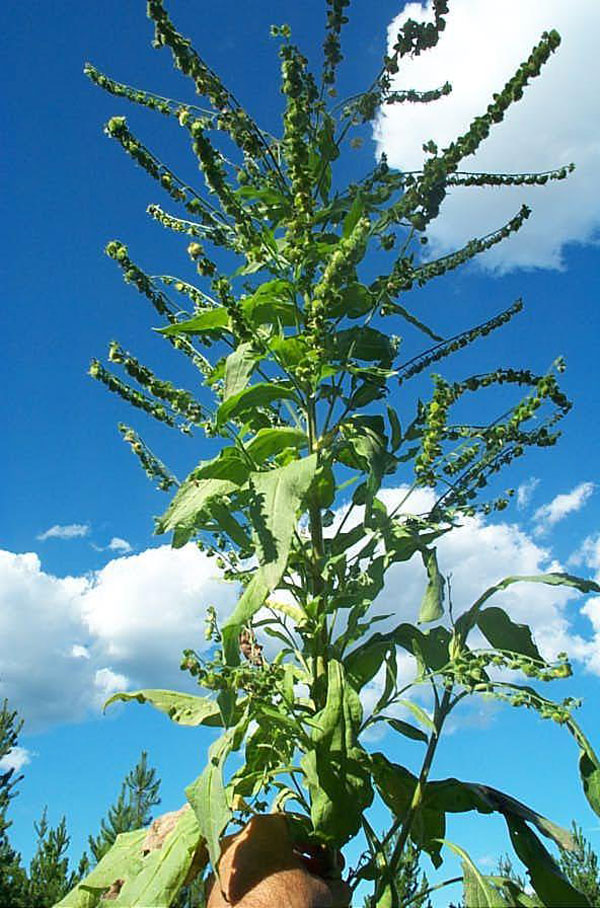 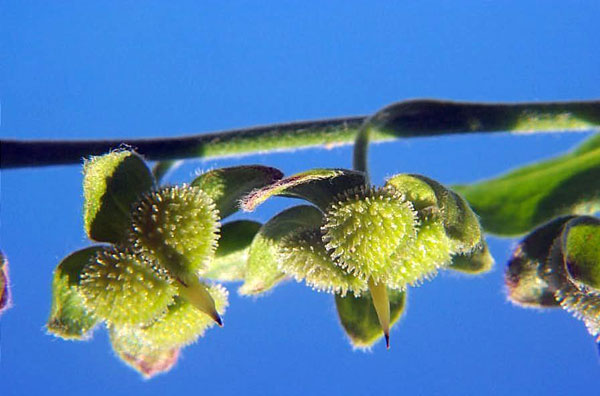 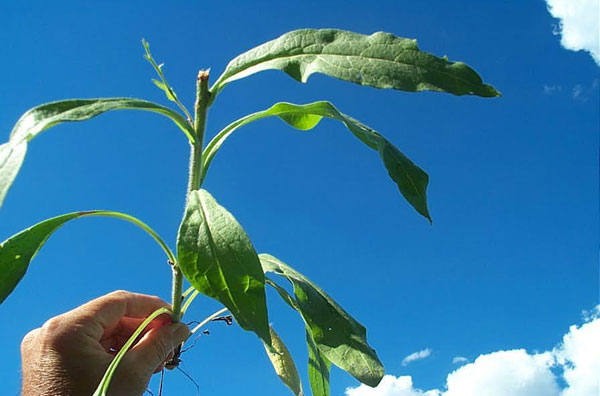 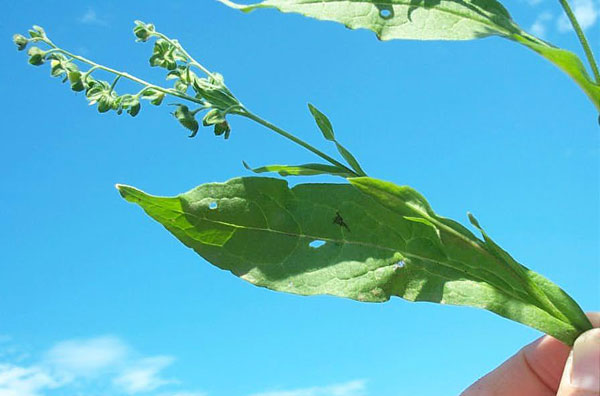 Native to Europe, but now widespread throughout nearly the entire United States and southern Canada. Currently not found in Texas, Florida, or a few other southeastern states.

A biennial herb that reproduces from seeds. The seeds have spiny surfaces that allow them to cling to clothing or hair at the slightest touch. All plant parts are toxic when eaten, as they contain Pyrrolizidine alkaloids, and are a serious problem for livestock. A rosette of leaves forms the first growth year and the elongating stems and flowers are produced the second year. Plants adapt to many climatic conditions and soil types, and are found along roadsides, in disturbed sites, pastures, rangelands.

Mature plants grow to over 4 feet in height the second year on one to several strong, erect stems. The rosette leaves are up to 18 inches long and elongate-spade shaped. Upper leaves along the stem are lance shaped and pointed at the tip, growing against the stem without stalks or even clasping the stem. Numerous lateral stalks are produced at the upper end of the stems and flowers are produced on these. The flowers are reddish purple and grow from the leaf axils. The seeds are nutlets with 4 distinct lobes, each about ¼ inch in diameter and with their surface covered with short, hooked spines.

Individual plants are easily removed by hand, and this should be done prior to seed maturation. For larger infestations a contact or systemic herbicide will be effective.