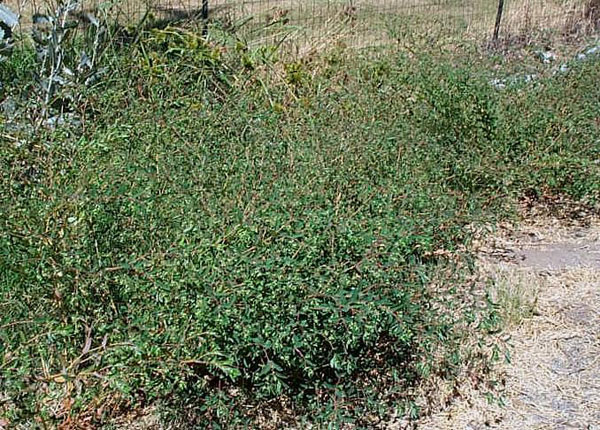 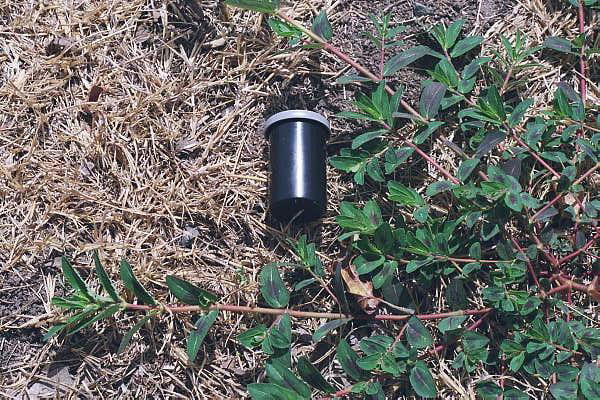 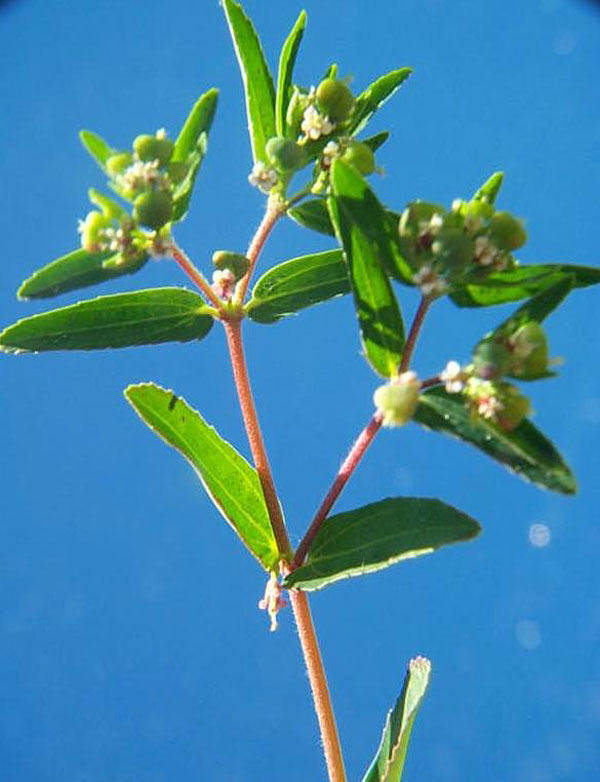 Native to the United States, and found throughout the country and south into South America.

An annual that reproduces from seeds. Found in landscape and along roadsides, particularly in damper locations. Unlike many other spurge species, Nodding Spurge has stout stems and an upright growth habit, growing as high as 3 feet tall, but with an open, spindly appearance. When broken, stems and leaves exude a milky white sap.

Mature plants are upright on thin but stiff stems. A central stem branches frequently, with multiple branching from these. Stems are pink to reddish. Leaves are similar in appearance to other common spurge species, but are much larger, being up to 1.3 inches long. Leaves are opposite along the stems. Flowers are tiny and inconspicuous, borne in the axils of the upper leaves. Seeds are produced in late summer.