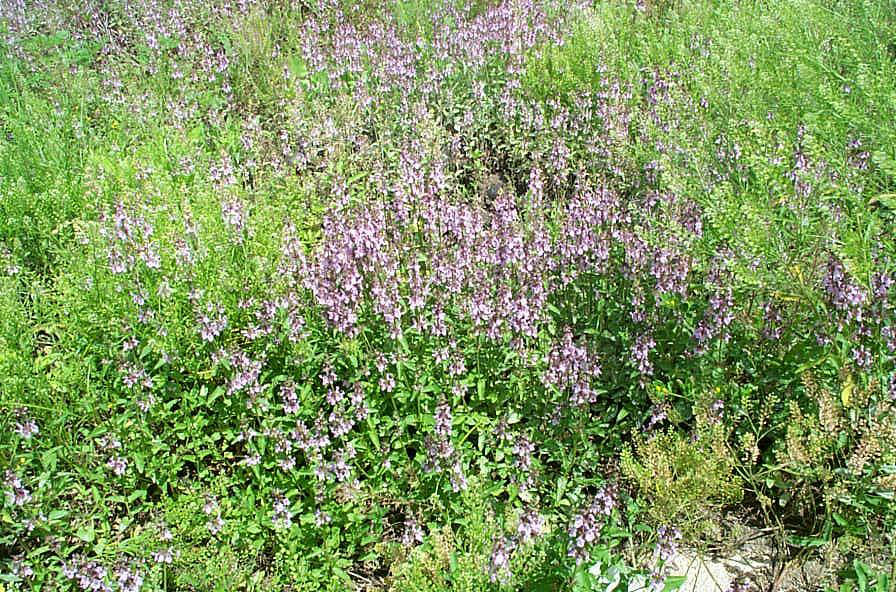 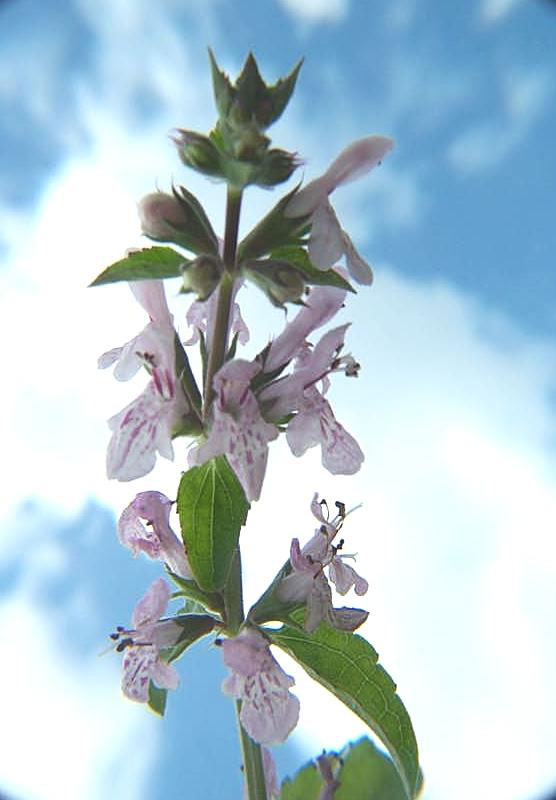 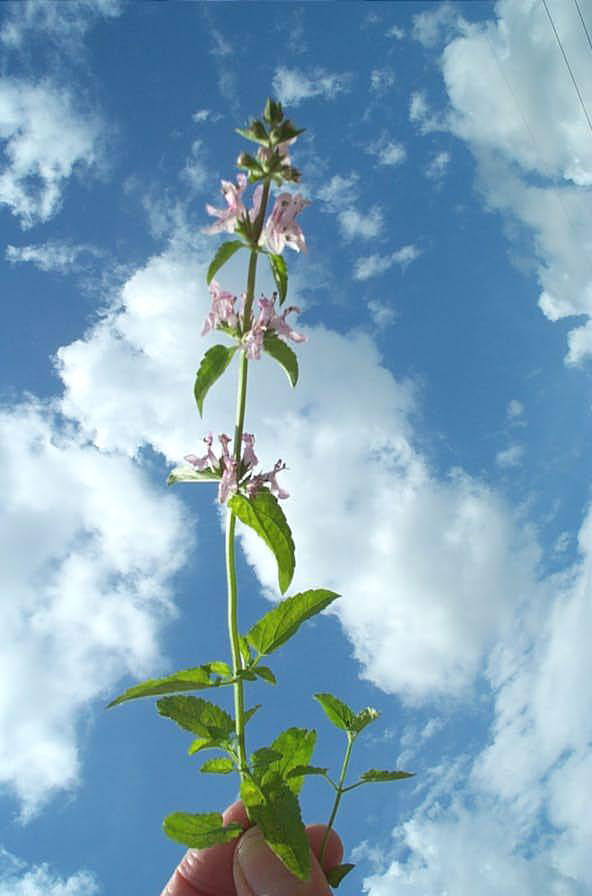 Native to Florida, from which it has been introduced to other areas, and now occurs from Virginia to Texas.

This is an extremely common roadside weed in the spring. It is a perennial which reproduces from seeds, but also more commonly from underground tubers. It is invasive in turf and landscape, and may be transported with commercial potted plants.

Mature plants may grow one to two feet all, with an erect flowering stalk. There may be numerous branches originating near the soil or from underground stems, and a large, distinctive tuber is white and in the shape of a rattlesnake rattle. Leaves are opposite, and leaves and stems are covered with short, soft hairs. The leaves are lance-shaped and have toothed margins. The flowers are white to pink with the petals joined together at their bases, and creating an irregular shape.

Due to the reproductive capabilities of the underground parts, a systemic herbicide will be most effective in controlling this weed, and even then may not affect the tubers. Fumigation is often used for ensuring elimination of the plants.