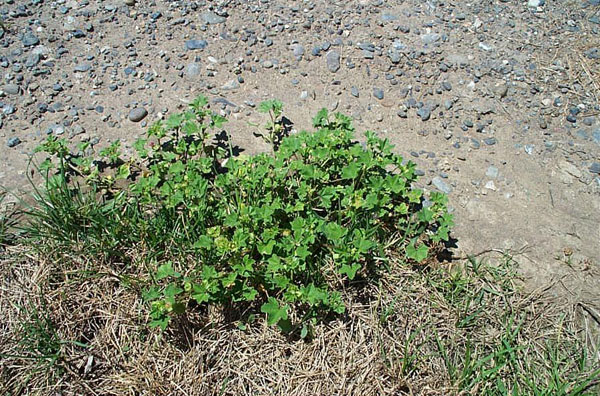 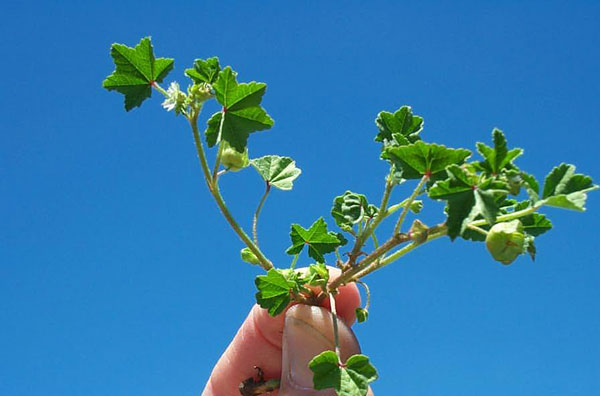 Native to Europe and Asia, now found widespread across the U.S., where it is less commmon than "Common" mallow.

Typically an annual, but in mild climates can survive the winter and be classified as a biennial.

Similar to Common Mallow, but seed pods are flattened and wrinkled, and flowers have short petals. Flowers occur as single flowers or in clusters of 2 to 4 flowers at the base of the leaf stalks. Mature plant is erect, bushy, with many branches and up to 3 feet tall. Leaves are alternate on the stems and are on stalks from 1 to 6 inches long. Small, angular leaf-like structures are often present at the base of the stalks. Leaves are circular with 5 to 7 lobes.