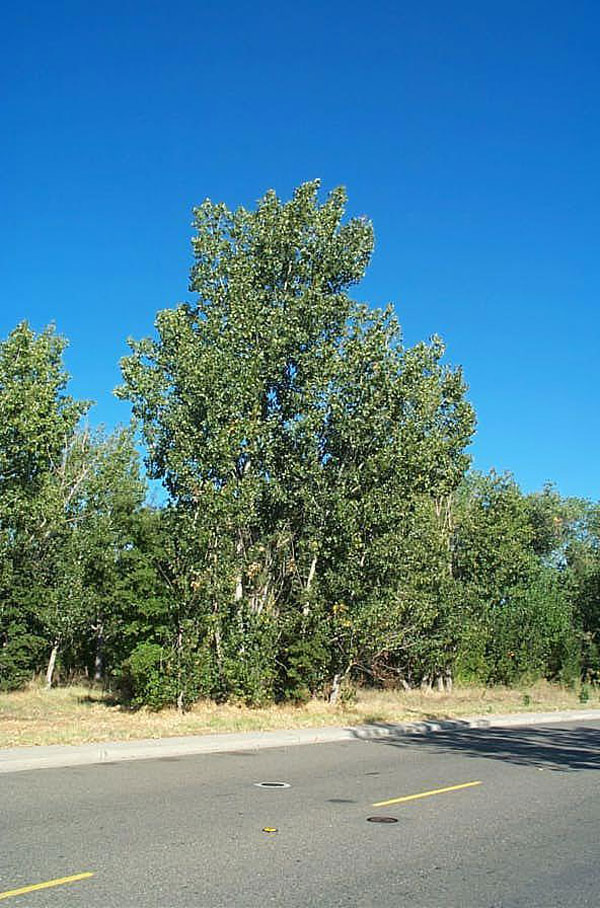 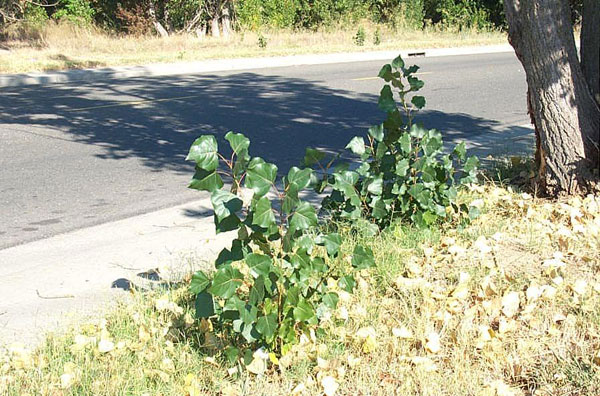 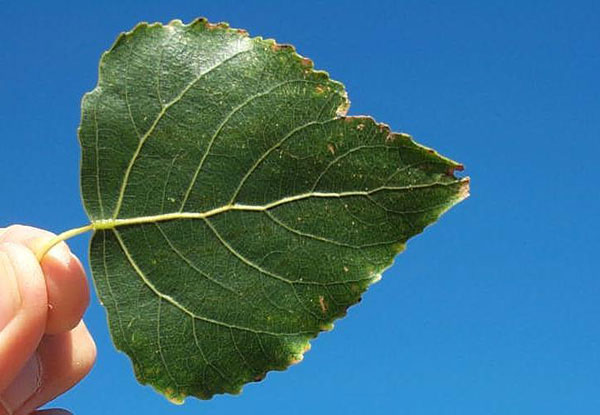 Native to eastern North America, but widely used as a landscape tree or windbreak, and escaped from cultivation to invade riverbanks and creek banks.

A perennial tree with extremely rapid growth, making it desirable where rapid shade is wanted. However, plants easily grow out of control with extensive suckers and root sprouts, as well as large numbers of seedlings. Reproduction is from seeds which are disseminated by the wind with the long silky hairs attached to the seeds.

Mature trees can grow upright to over 80 feet in height, and most branches tend to grow vertically to keep the trees relatively narrow. Leaves are alternate and on long, drooping stalks. Leaves are palmately veined and oval or triangular, up to 7 inches long, and with sharply pointed tips. Flowers are inconspicuous, but when mature the seeds are released with silky hairs, causing massive numbers of them to float in the area downwind.

Trees will need to be physically removed and the stumps treated with a registered herbicide to eliminate new sprouts.