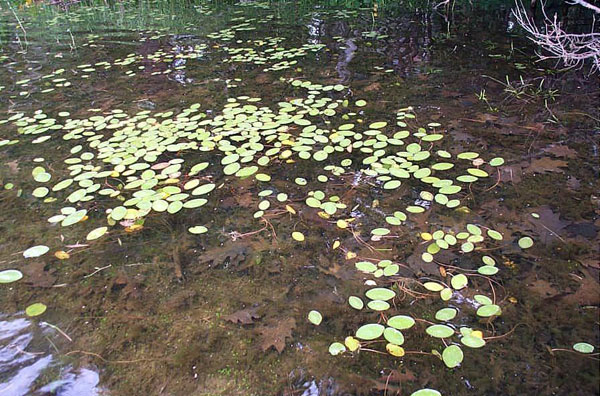 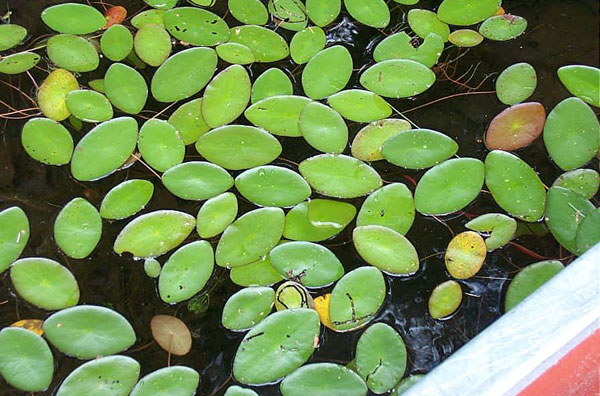 Native to North America, and found throughout the western states north to Alaska, and in the northern states of the eastern half of the U.S. and into eastern Canada.

A perennial aquatic plant that reproduces from seeds, and spreads with rhizomes and fragments of stems. Roots and rhizomes are in the soil while the majority of the foliage floats at the surface, connected by the long, narrow stem. Potentially a problem in most waterways, such as ponds, lakes, streams, reservoirs, and irrigation ditches, usually in shallow waters under 6 feet in depth. In general the pondweeds are considered desirable plants with respect to their use as wildlife food and habitat.

The visible parts of the plant are the leaves which float flattened on the water surface. These are about 2 inches in length and egg-shaped with pointed ends. The stem attaches to the bottom of the leaf in the middle.

In most situations control is not needed, as the plants provide valuable habitat and food value for wildlife. If control is needed a systemic, aquatic-labeled herbicide may be effective. Consideration must be given to eliminating the rhizomes for complete control.