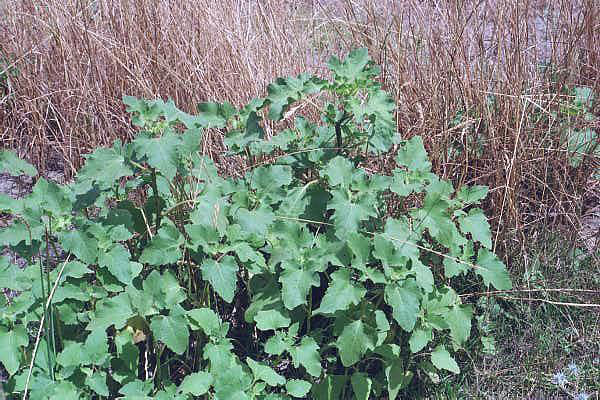 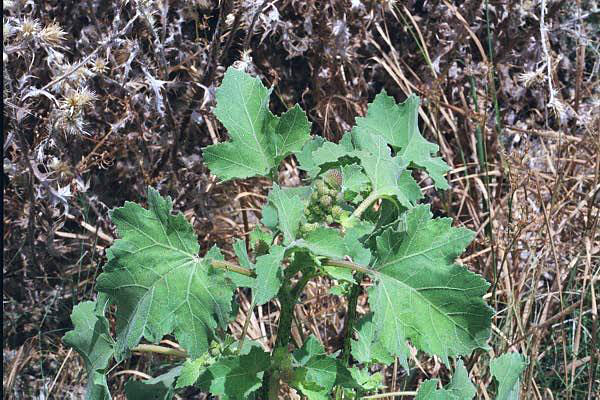 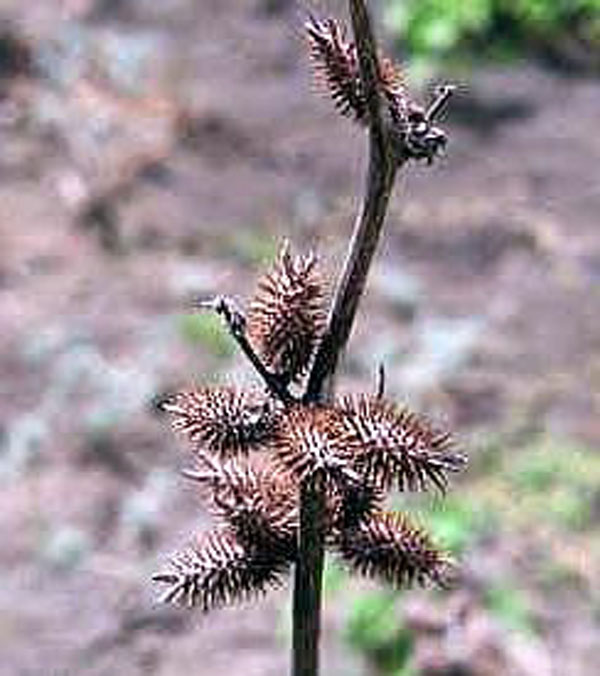 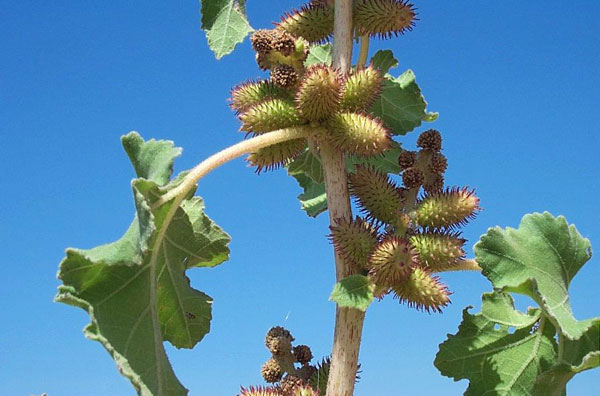 Native to North America and found throughout the United States, as well as many other temperate areas of the world. It is particularly common in the southern states and into Mexico.

A summer annual with distinctive spiny seed pods that easily cling to clothing or animal fur, enabling the plant to spread widely. The presence of the burs in sheep wool devalues the wool. Both the seeds as well as the seedlings contain substances toxic to wildlife, causing liver damage if ingested by pigs, dogs, and possibly other animals. The toxin is “carboxyatractyloside”, also called “xanthostrumarin”. In addition to the toxic effect the spines of the burs can cause severe intestinal problems and injury to livestock. Reproduction is from seeds that can germinate from early spring throughout the summer.

Mature plants are bushy and well branched, growing to over 4 feet tall. Stems are ridged and commonly spotted with purple or red spots, and with a rough texture. The stems are thick and fibrous. Leaves are very large, being up to 6 inches long and nearly as wide, and their margins are broadly divided into several shallow lobes. The leaves are on long stalks and are alternate on the stem. The flowers are unusual and not at all showy, the male flowers being green or brown clusters at the ends of the stems and the female flowers being small burs on stalks in the leaf axils.

Stems and burs persist into the winter but are easily physically removed. Individual plants can be physically pulled, and control should be undertaken prior to the maturation of the seeds in late summer.