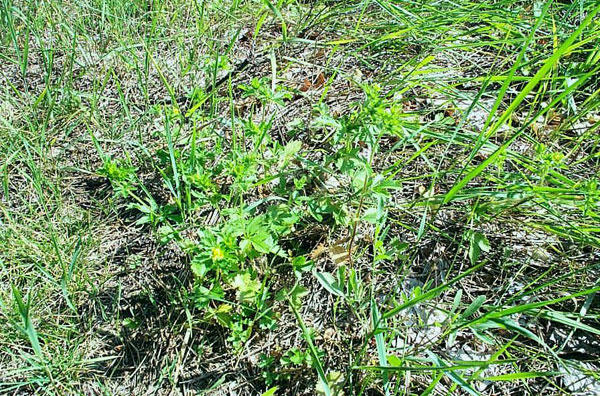 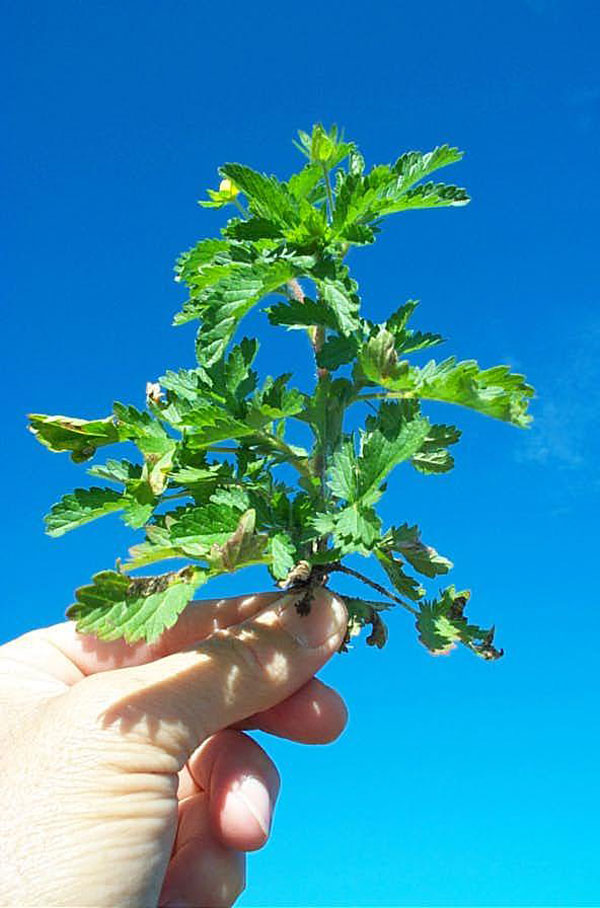 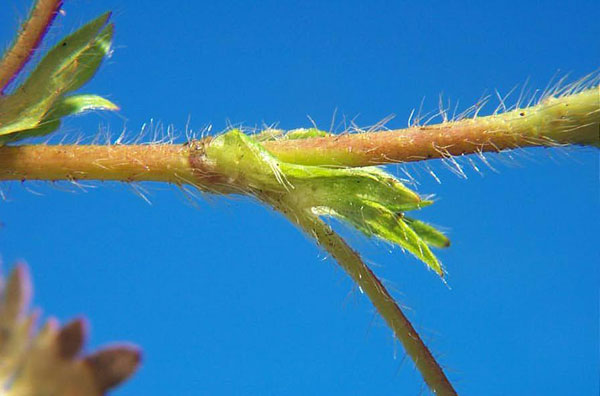 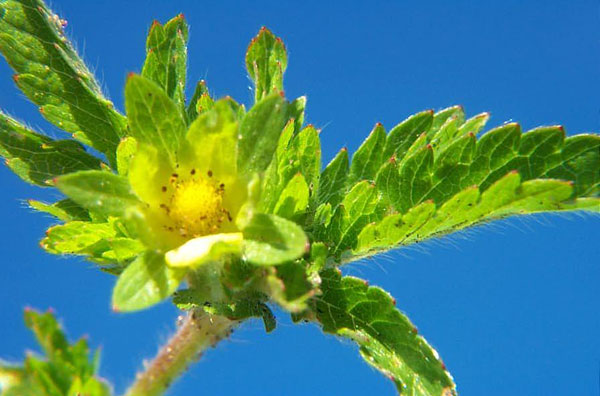 Native to North America, and present throughout the continent and north to Alaska.

Mature plants grow more erect than some other cinquefoils, and this species differs by having no stolons and by having only 3 leaflets on the compound leaves. Leaflets are elongate oval, much narrower at the base than the tip, with rounded tips and deeply toothed margins, and they are hairy and dark green on both the upper and lower surfaces. The greenish to reddish stems also are covered with long, erect hairs. Flowers are bright yellow and are produced on long stalks that arise from the leaf axils. The 5 petals are well separated at their bases, and surround the prominent stamens.