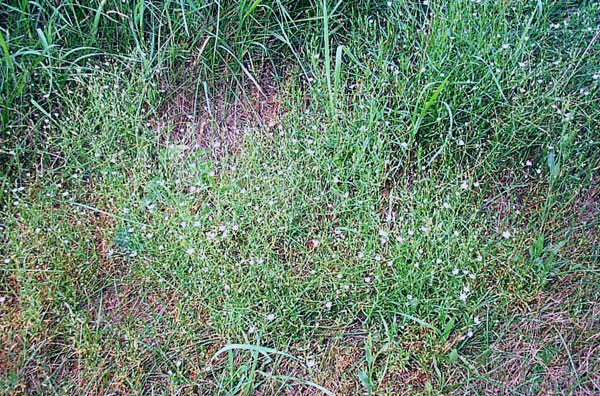 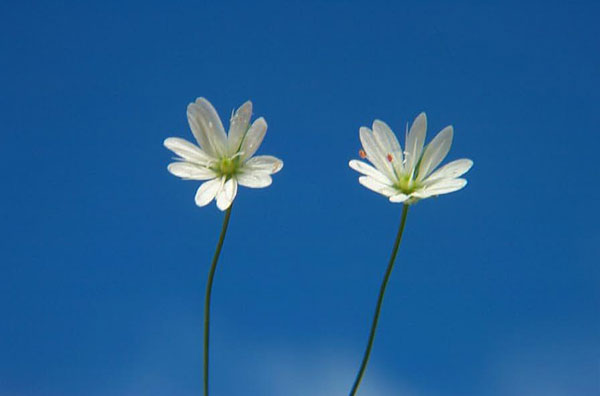 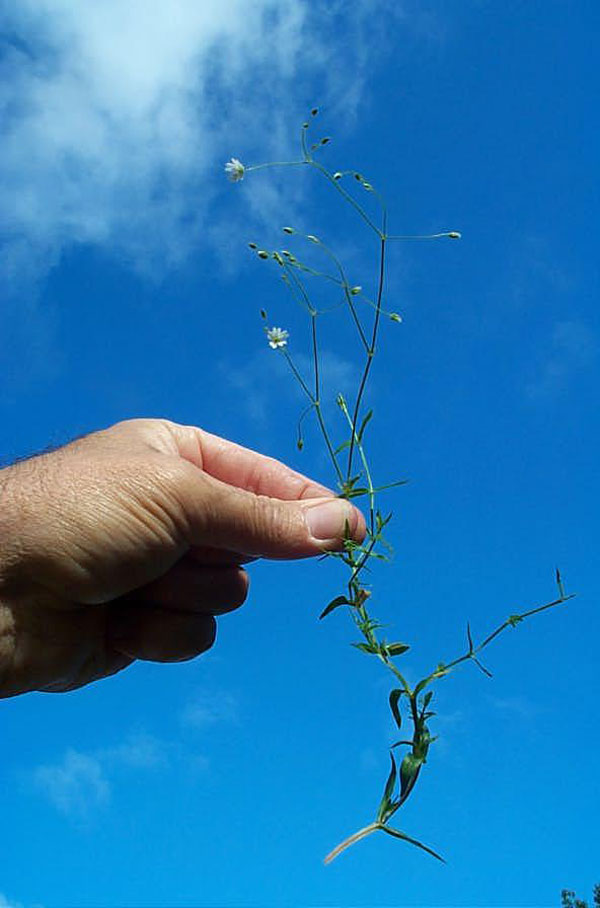 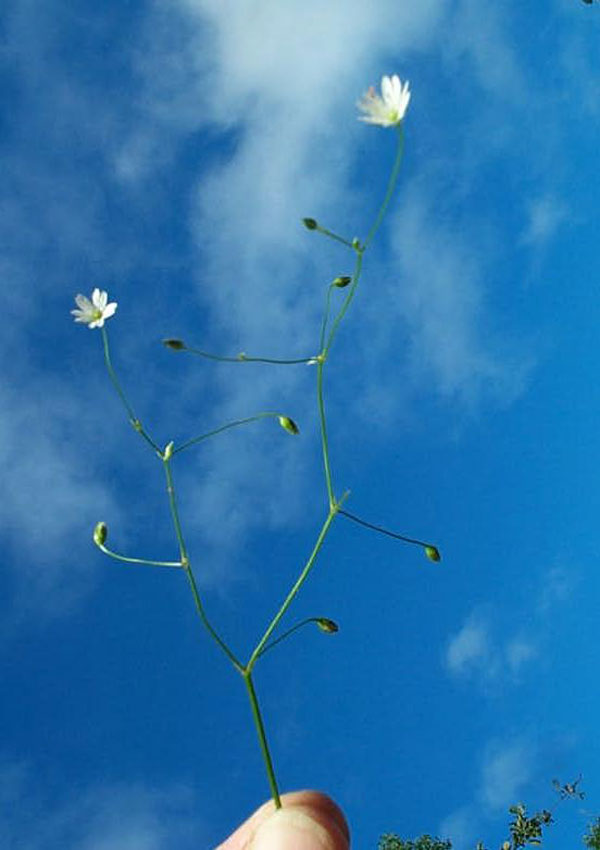 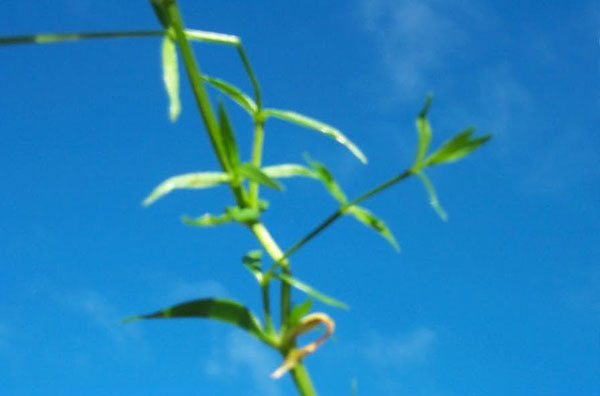 Native to Europe, but introduced to North America, where it now is found throughout the northern two thirds of the United States and in southern Canada.

A perennial that reproduces from seeds, although each plant produces only small numbers of seeds. Much of the spread will be from fragmented stems and from prostrate stems that root at the nodes. Plants are bushy with many stems and branches that are erect to sprawling. In cold climates the foliage dies back. Plants can be common along roadsides and in disturbed habitats, and often is found as a turf problem, where it may adapt to mowing heights.

Mature plants are spindly and bushy, growing to several feet in height. Stems are smooth, angular to square in cross-section, and rooting at the nodes. Leaves are opposite and without stalks. They are very long and narrow (linear) and pointed at the tip. Flowers are produced in spreading, open clusters at the ends of the stems, with flowers forming individually on long stalks. The flowers are white and with 4 or 5 petals that are so deeply divided that it appears to have 8 to 10 petals. The very long, thin stamens are dark-tipped.

A systemic herbicide will effectively control this weed.