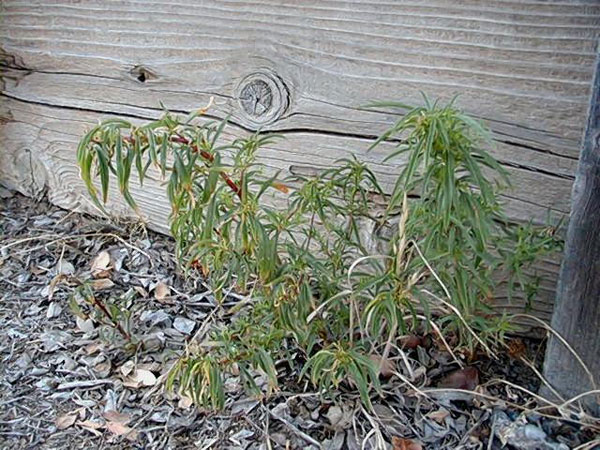 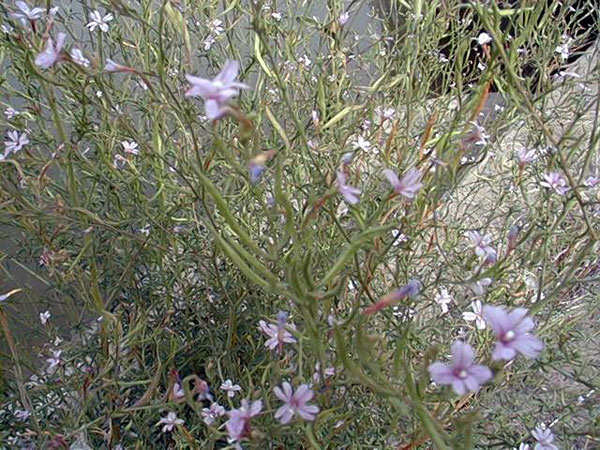 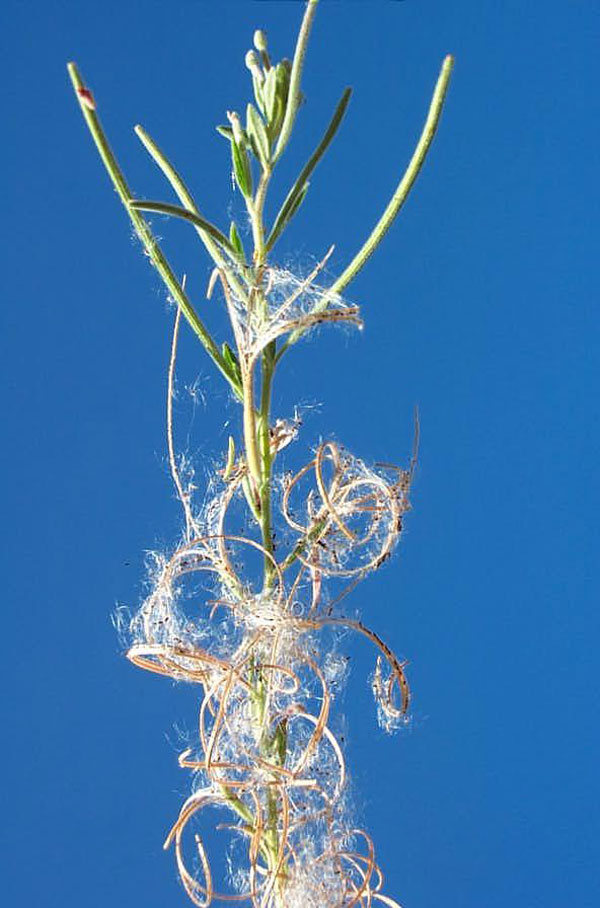 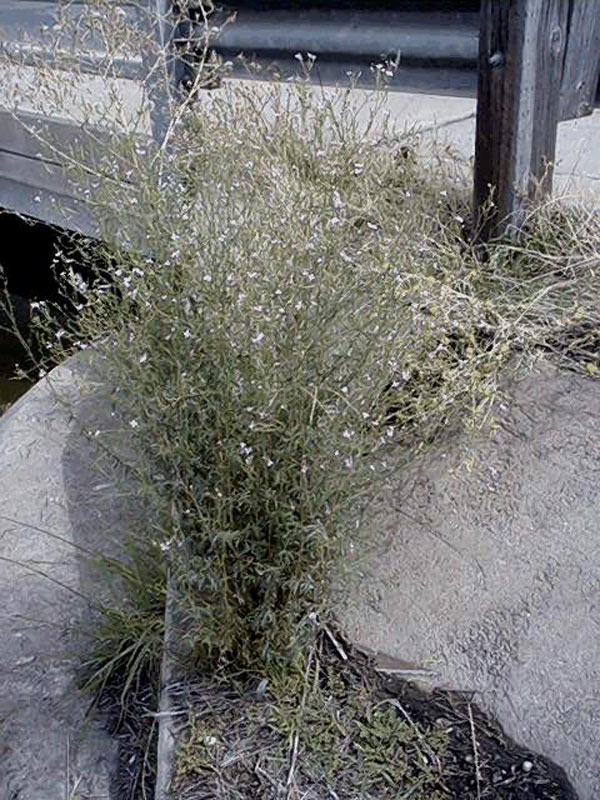 Native to the United States.

Dramatic changes occur as the plant grows – in the early growth stages there is thick foliage, and as the plant matures the foliage drops from it and the stems appear fairly barren. Mature plants may grow as tall as 6 to 7 feet. Leaves in early stages are up to 2 inches long, and elongate with pointed tips. The leaf edges have slightly toothed margins. At the base of each leaf are several much smaller leaves, called “fascicles”. Flowers are small, light pink, and with 4 petals only about ½ inch long. Flowers occur in clusters on stalks at the tips of the stalk. The seed pods are elongate and thin, and when they open to release the seeds in late summer the sides curve strongly around in a circle, exposing the silk-tufted seeds within.

An annual reproducing from seed, but with seeds widely spread by wind.