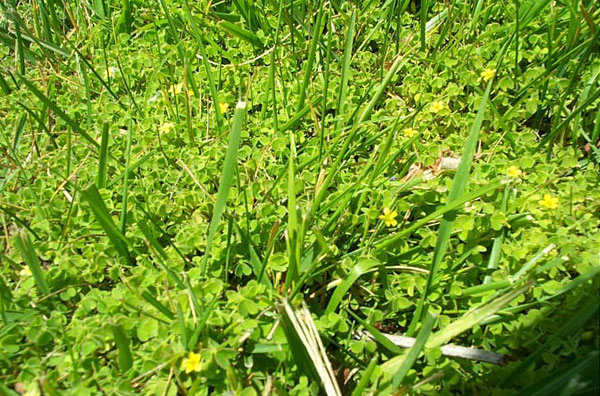 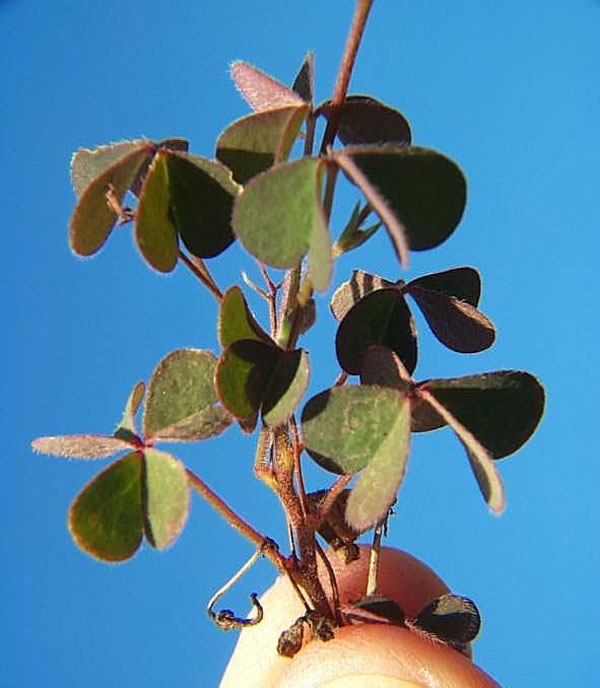 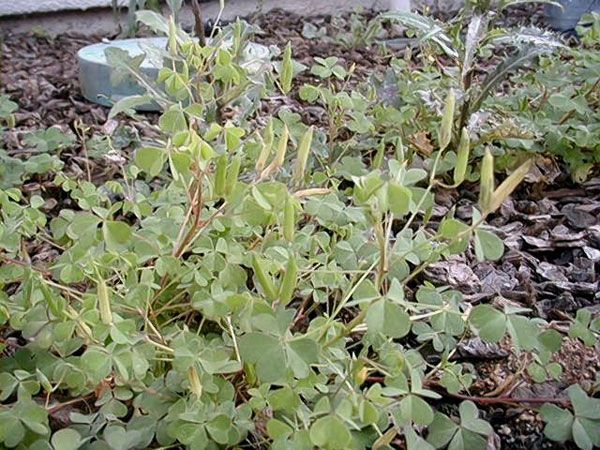 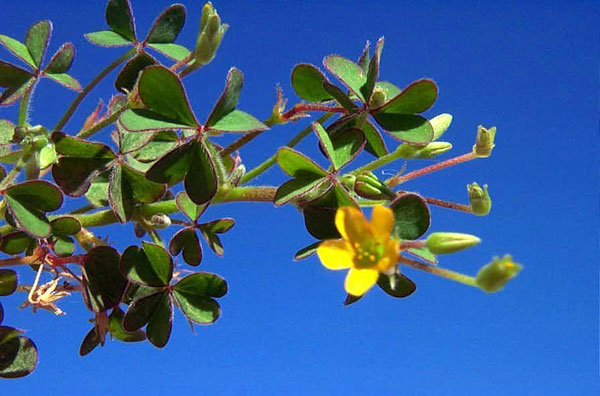 Native to Europe, but widespread throughout the United States, and a severe problem in turf and landscape, nurseries and greenhouses, as well as some cultivated crops.

A perennial weed that is very similar to yellow woodsorrel, the difference being the method of spreading. Creeping woodsorrel spreads by stolons above ground that root at the nodes, while yellow woodsorrel spreads by rhizomes below ground that sprout new stems. Propagation also is by seeds, and dispersal of the seeds is done by an explosive opening of the seed pods that propels the seeds over 10 feet away. In cooler climates the foliage of plants dies back, with re-growth from the roots.

Mature plants are generally low lying and mat-like, growing as high as 6 inches but potentially spreading many feet laterally as the stems grow. Stems are creeping and will form roots at the nodes, increasing their ability to cover wide areas. Leaves vary from yellow-green to green to a violet-purple. Leaves are clover-like, with three heart-shaped leaflets on long stalks. After sunset the leaflets tend to fold down along their stems. Flowers are yellow and may grow in small groups of up to six flowers, each on a long stalk. Flowers are very small but open wide, and have 5 petals. The seed pod is a cylindrical capsule up to an inch long, often pointing vertically. It contains many seeds, and is capable of throwing these great distances as it pops open. Seeds also have a sticky coating and may be carried in animal fur.

Physical removal in turf is almost impossible due to the extensive system of rooted stolons. Control should be done prior to seed production and dispersal.