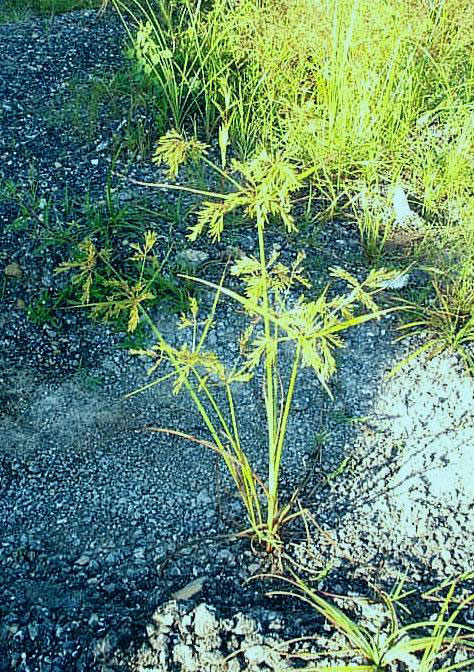 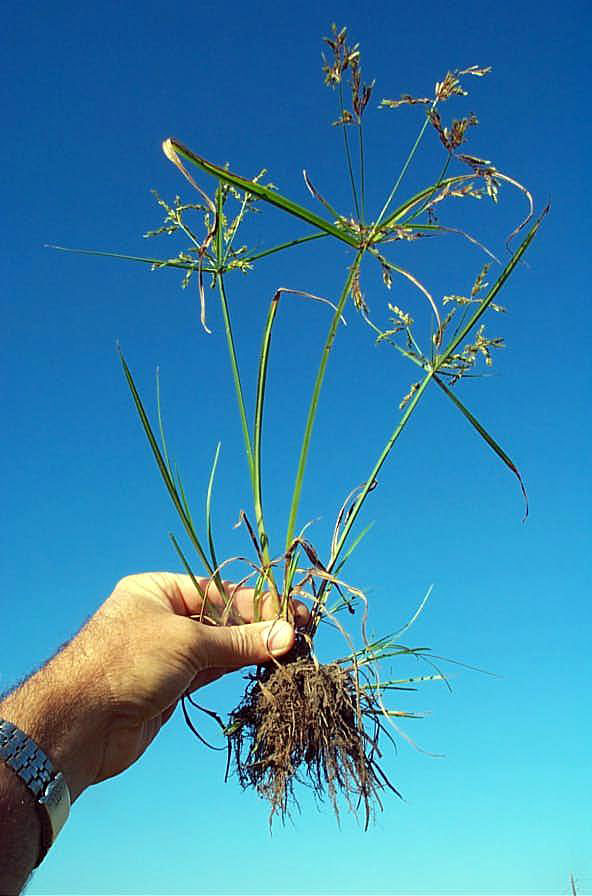 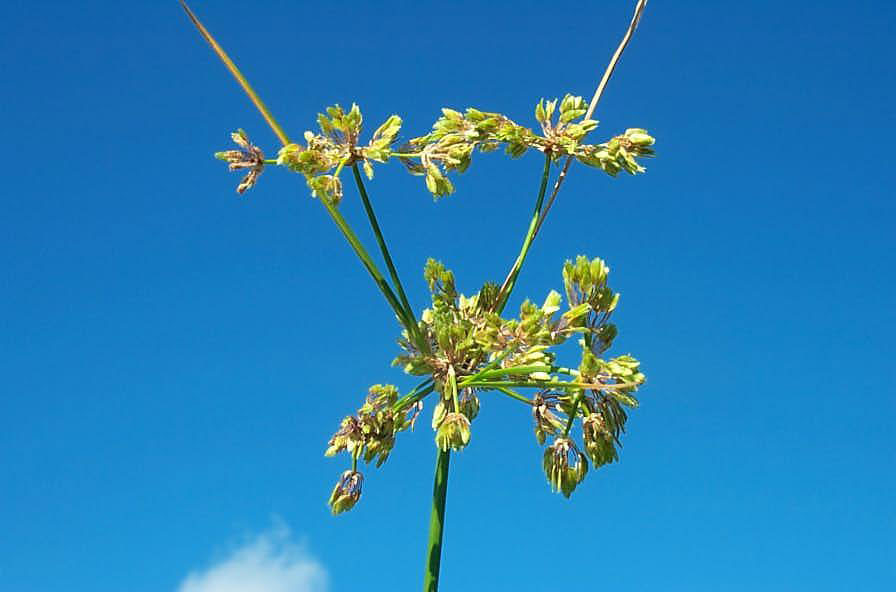 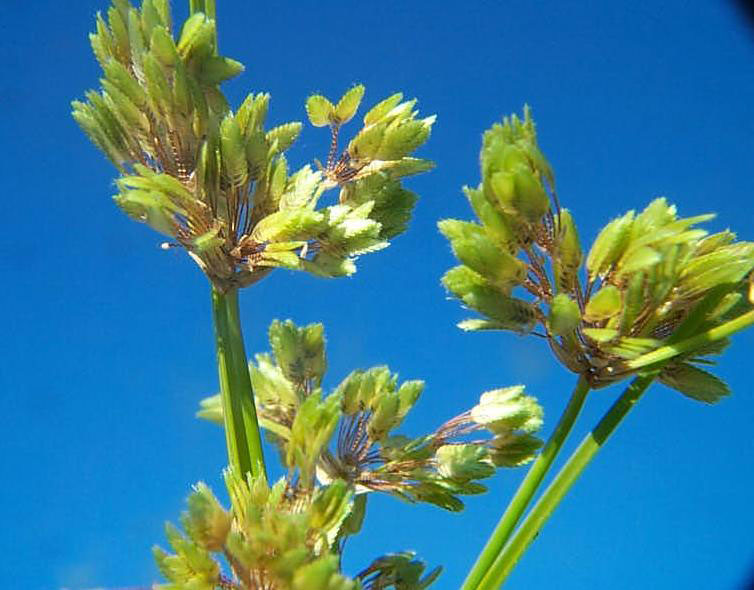 Native to the southeastern United States, and found from Florida and South Carolina west to Texas and Oklahoma, as well as in the West Indies and throughout Latin America.

A perennial weed that reproduces from seeds, and spreads by short rhizomes. Plants are a common weed in turf and landscape, along roadsides and disturbed areas, and in ditches and marshy sites.

One to several strong stems may arise from the base of the plant, and these have short, downward projecting spines on them that give the stems a rough feel when rubbed upward. Several thick, V-shaped leaves arise from the base of the plant, as well as several very long, lateral leaves below the flower heads. There are a large number of clusters of flower heads on short to long stalks that arise from the top of the stem, as well as several clusters at the termination of the stem that have no stalks. The flowering clusters are composed of several dozen spikelets in a loose cluster, each spikelet or a pair on its own short stalk. The spikelets are green, flattened, and elongate-oval.