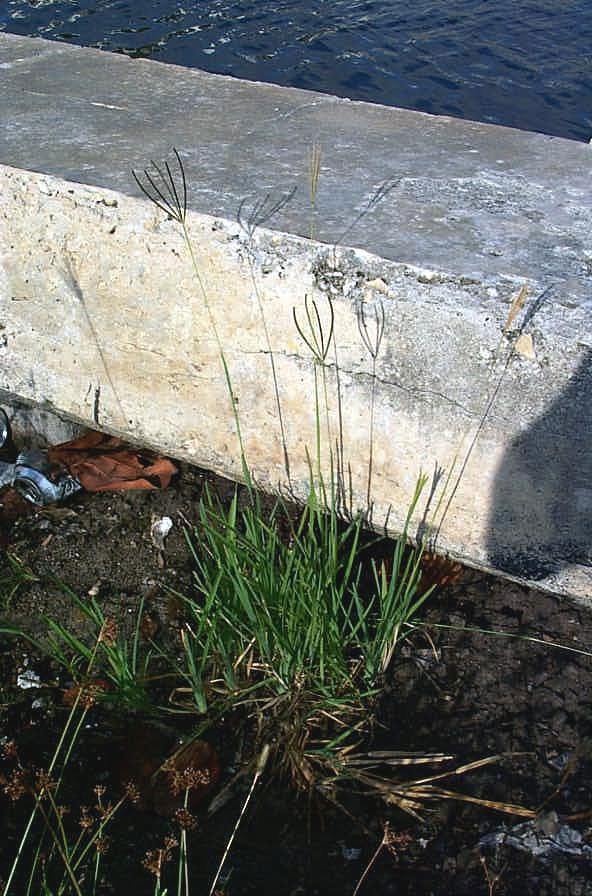 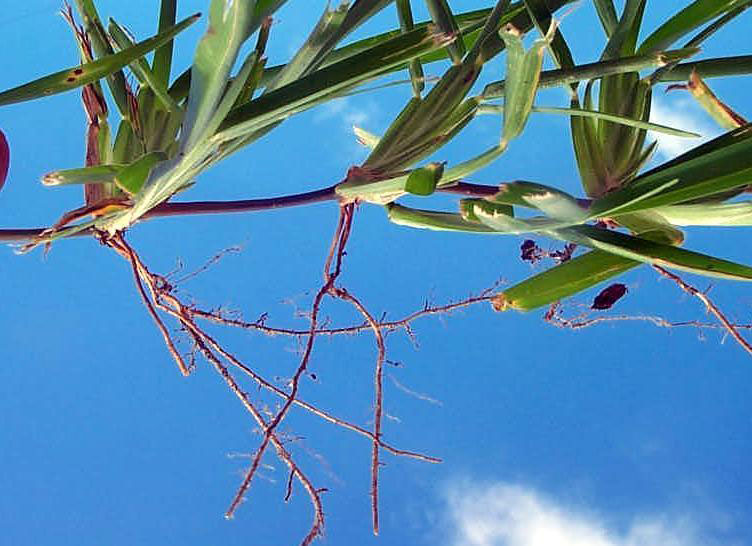 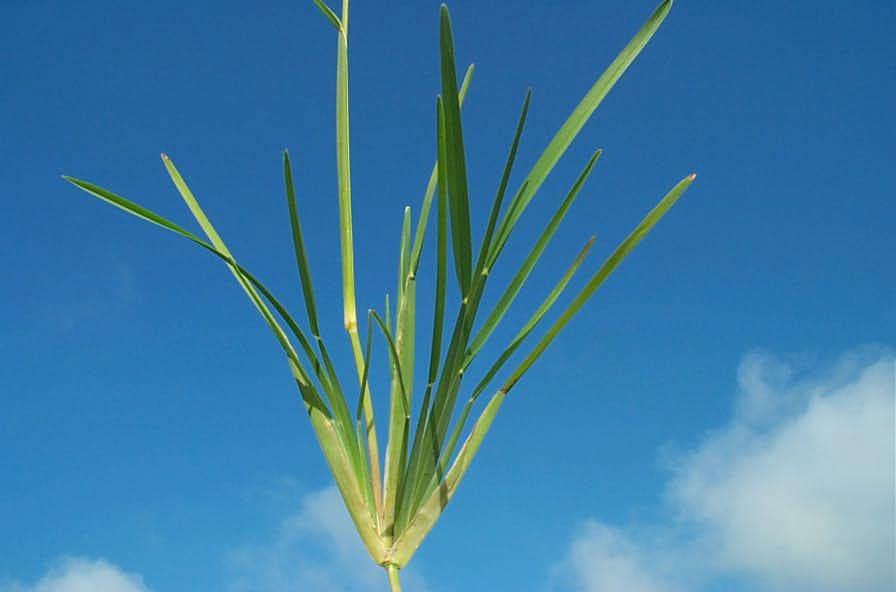 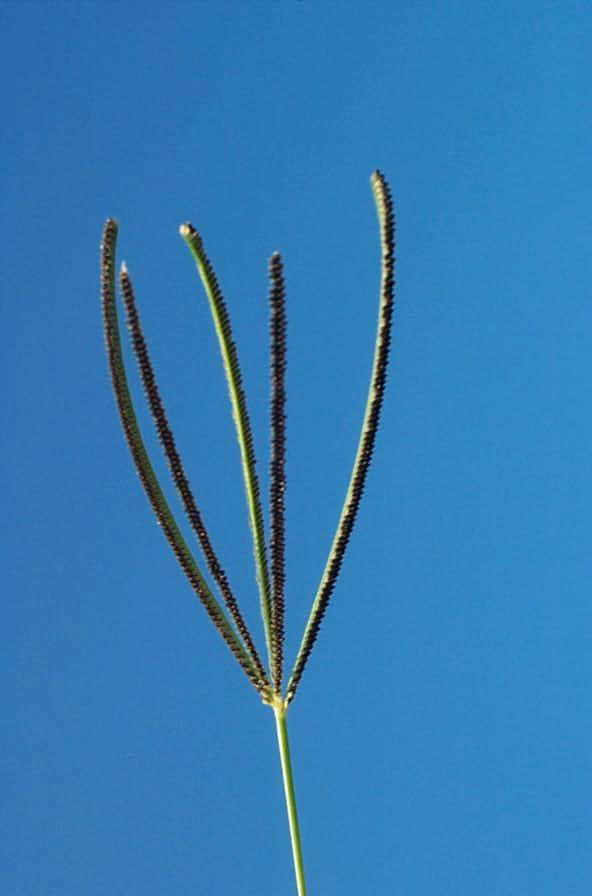 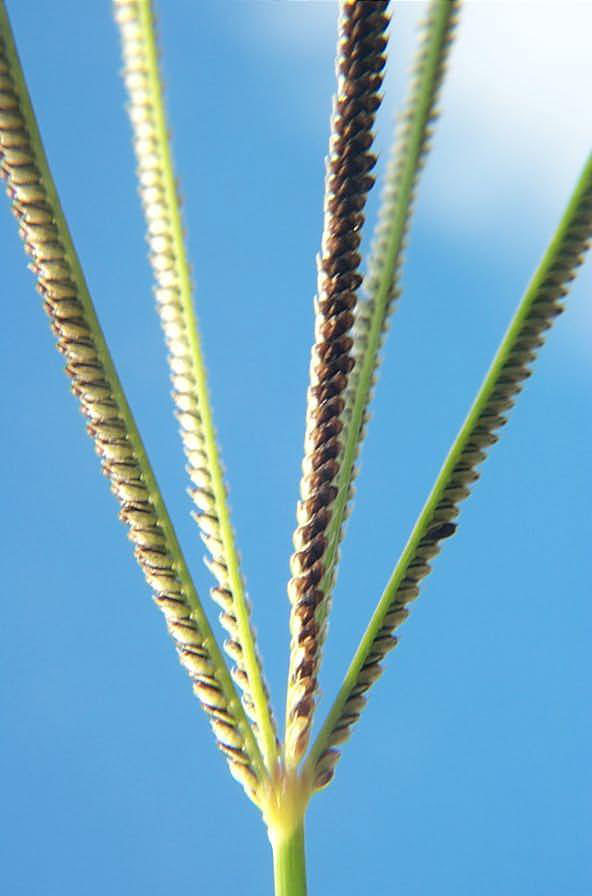 A native grass in the United States and Latin America, and found in Pennsylvania, the southeast states and in Hawaii and the West Indies.

A summer annual grass or short-lived perennial. Propagation is from seeds and stolons, with the stems growing prostrate along the soil, rooting at the nodes. The leaf blades are thick and wide, originating near the base of the stem and growing laterally in a fan-like appearance. This plant will be found in most habitats, from turf to disturbed sites, as well as native habitats.

Mature plants may be several feet tall, as the flowering heads form a the ends of very long, thin stems. The leaves are flat or folded, and severely folded or keeled where they join the stem. The ligule at the base of the leaf is a small fringe of hairs. The seedhead consists of a whorl of from 2 to 10 spreading branches that are dark to golden brown in color. The seeds form along the lower side of each branch, which may be up to 2 inches long.

A non-selective systemic herbicide will be most effective in controlling this weed, or possibly a selective herbicide when the weed is found in turf. It grows best where turf is poorly maintained.