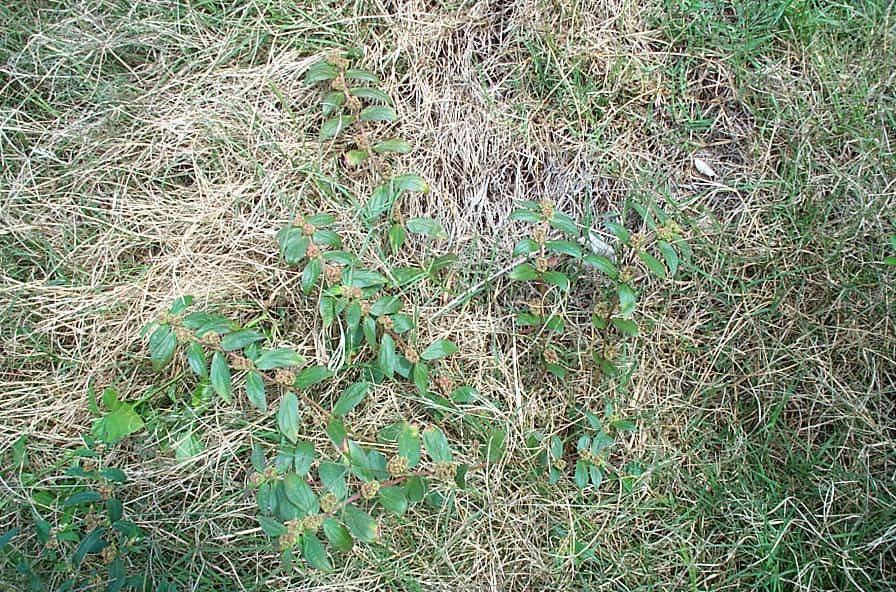 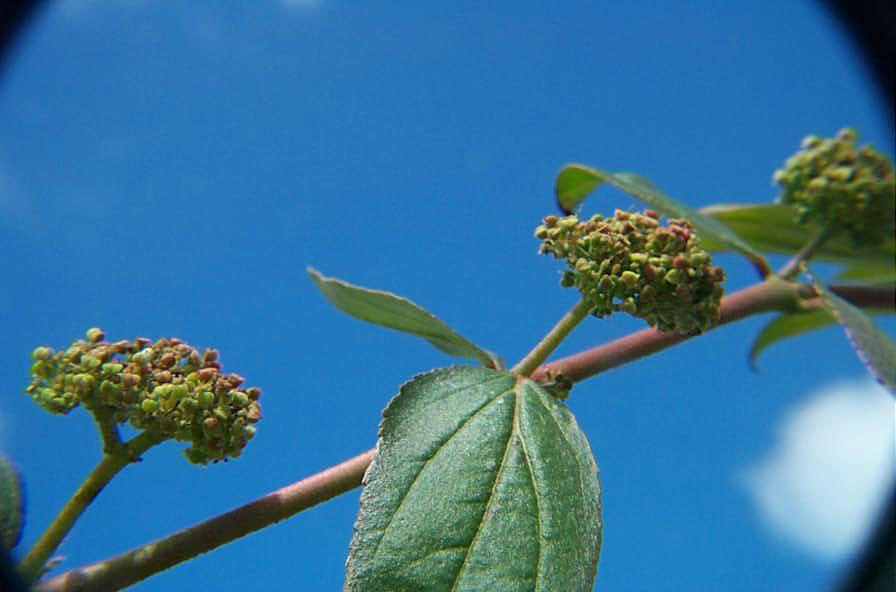 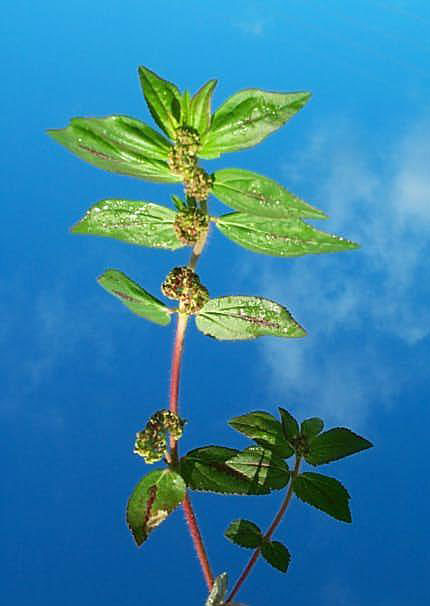 Native to the southeastern United States and Latin America, and found in the U.S. from Florida and South Carolina west to Texas, as well as spotty occurrence in Arizona, California, Michigan, and Maryland. It also is common in Hawaii.

A warm season annual with a deep taproot. Stems may grow semi-erect or prostrate and sprawling, and can cover over other foliage or turf. It is a common turf weed, and also is found commonly along roadsides or other disturbed sites. Reproduction is from seeds, with flowering from mid to late summer.

Multiple, branched stems arise from the base of the plant, and both leaves and stems are covered in short hairs. When the stems are erect they tend to droop downward as they grow. The leaves are opposite on very short stalks, and the base of each leaf is wider on one side of the mid-vein than the other. The margins of the leaves are serrated. The flowers occur in dense clusters of many tiny flowers, arising from the tip of the stem as well as at the bases of the leaves.