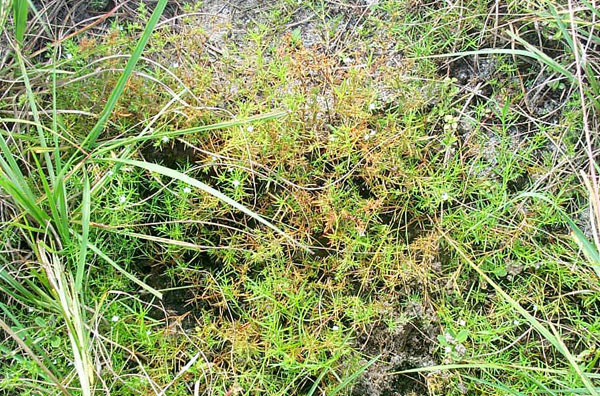 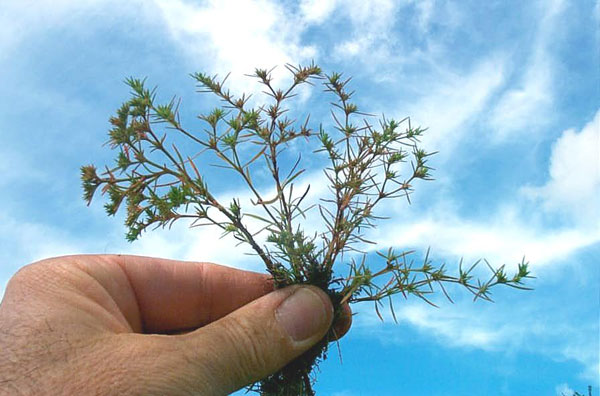 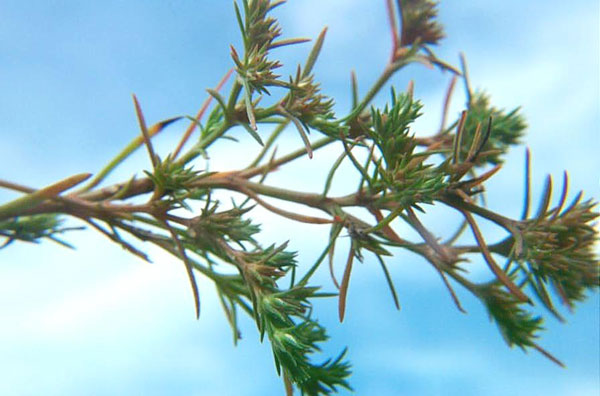 Native to North America, and found throughout most of the eastern United States, from Colorado to New York and south to Florida and Texas, as well as throughout Latin America.

This is an annual or sometimes a perennial weed that reproduces from seeds. It forms low, dense mats of sprawling, prostrate stems that grow from a central point. It occurs in most habitats, from wet soils to dry sandy soils, thriving best in sunny conditions. Flowers form in summer into fall, and as the plant matures it changes from green to a rusty orange color.

Mature plants may spread several feet in diameter, with narrow, weak stems laying close to the ground. It is profusely branched, and leaves are opposite along the stems. Leaves are short and very narrow (linear). Flowers form near the tips of branches off the major stems, and these are tiny, white, and with 4 lobes.

If found in turf a selective broadleaf herbicide is effective, and pre-emergent applications of herbicides will prevent the growth. Hand removal may be effective if done prior to seed production in the summer.