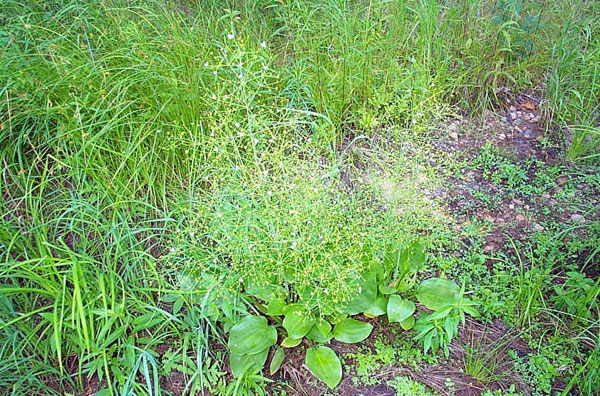 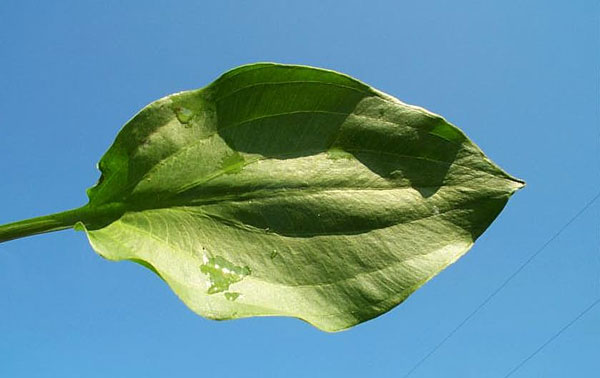 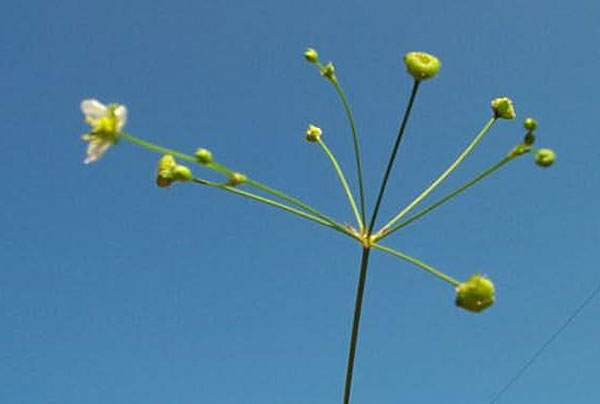 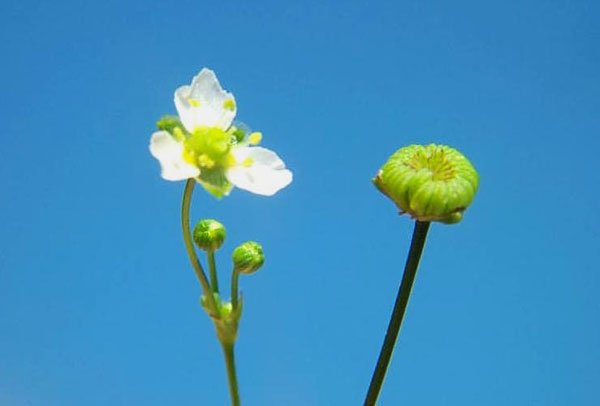 A native plant in the United States, and found throughout the eastern half of the country, west to Texas and to California and Oregon.

A perennial aquatic plant that reproduces from seeds. It can be a noxious weed in ditches and canals where its growth interferes with the flow of water. It commonly occurs along roadsides in low-lying, poorly drained locations.

Mature plants are upright, with the foliage forming as rosettes around the base of the plant. The flowering stalk can be up to 3 feet tall and is without leaves. The dark green leaves are lance-shaped to heart-shaped, hairless, thick, and on long, thick stalks. The flower stalk is extensively and densely branched with thin stalks. Whorls of stalks arise from these branches and terminate in one to several flower heads. The individual flowers are small and somewhat inconspicuous, with 3 well separated white petals and prominent yellow stamens.

A systemic broadleaf herbicide may be necessary to kill all plants parts, as re-growth from underground parts is possible if hand removal is attempted.