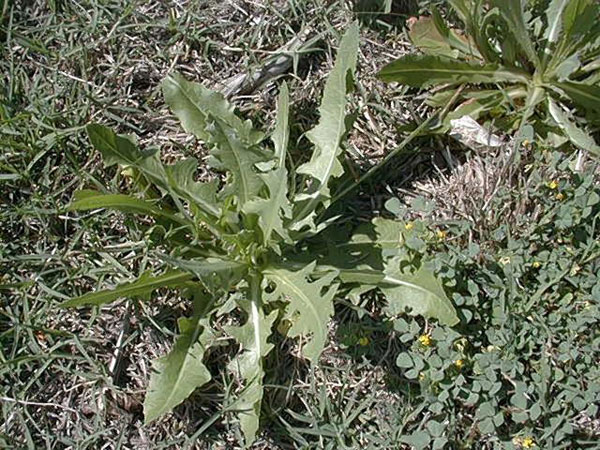 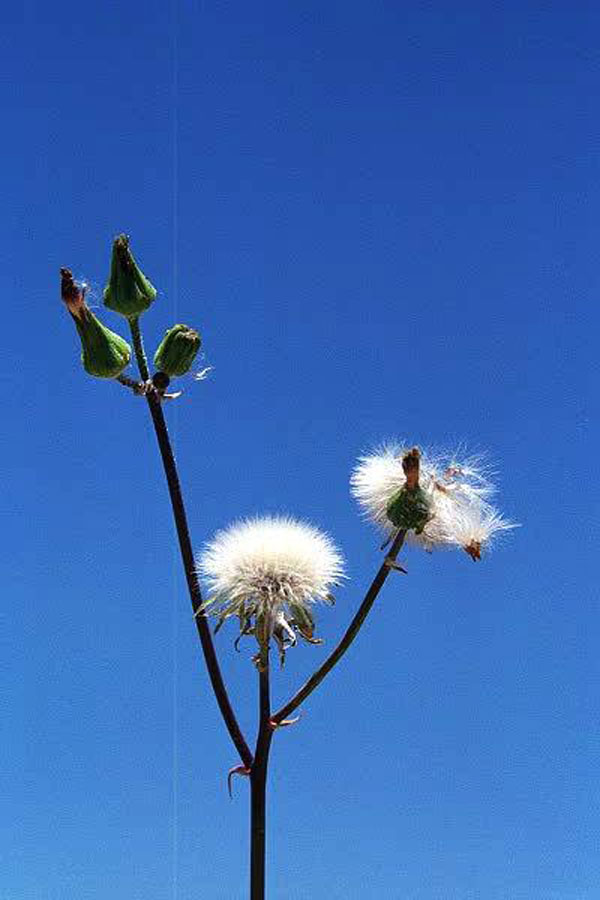 Native to Europe and Asia, this weed is now found coast to coast in the northern United States and southern Canada.

This is a perennial weed that re-grows from the roots each year, and spreads not only from seeds but also from rhizomes. Stems and leaves exude a milky sap when cut or crushed. It is a common weed in landscape and cultivated crops, as well as in empty lots and ditch banks.

Perennial sowthistle is very similar to annual sowthistle, but it has creeping, spreading roots and a long taproot instead of the short taproot of annual sowthistle, and the midrib of the lower surface of the leaf is lined with sharp prickles, whereas annual sowthistle’s leaves do not have these. Also, there are numerous gland-tipped hairs along the flower stalks and the bracts surrounding the flower head. Mature plants can grow to 4 feet tall, with smooth, hollow, unbranched stems. The leaves are alternate and have prickly and lobed margins, and the first leaves growing back from the crown in the spring have a haphazard look to their growth. The lower leaves tend to clasp the stem while the smaller upper leaves are attached without lobes or stalks. Flowering occurs throughout the summer. Flower stalks rise from the base and may branch several times, each branch terminating with a single flower head. These may be up to 2 inches in diameter and they are bright yellow in both the disc and the ray flowers, opening very wide and similar in appearance to a dandelion flower. Seeds have a feathery, white pappus for wind dispersal.

This is a perennial with a spreading root system and rhizomes, and hand removal may not be effective if rhizomes are left in the soil.