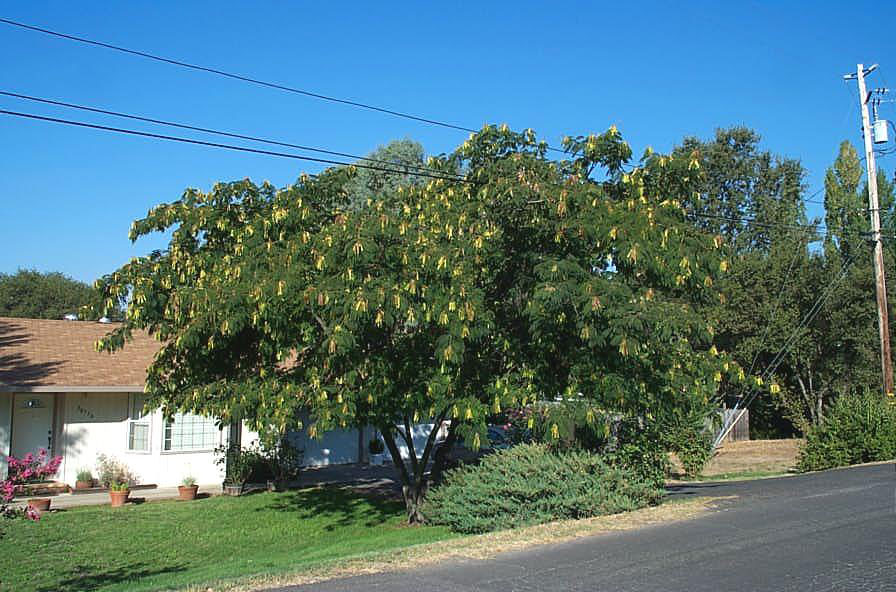 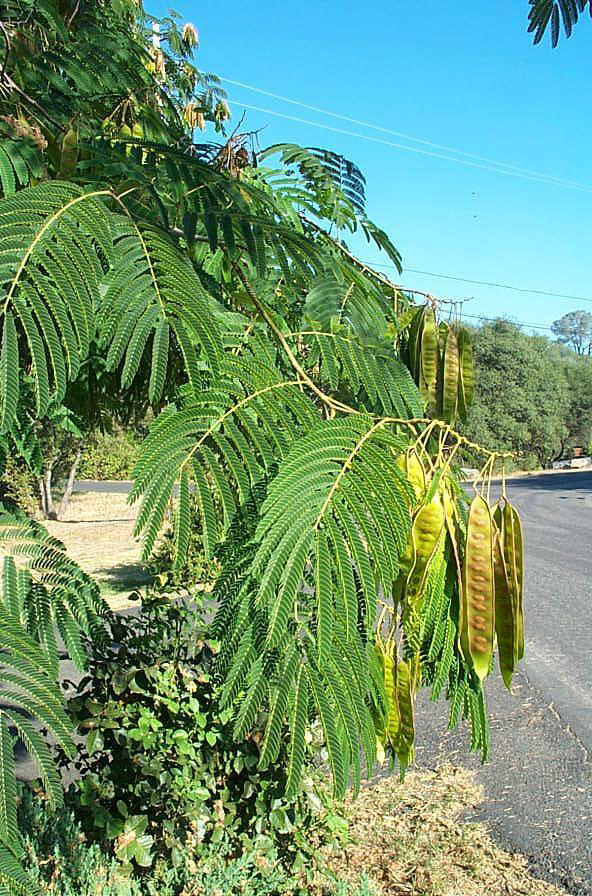 Native to a wide area of Asia, but introduced as a garden ornamental, and now found widely throughout the southern half of the United States, into Mexico, and north along the east coast to New York.

A perennial deciduous tree that is a prolific producer of seeds in clusters of pods that may open explosively when dry, or be eaten and further spread by wildlife. Easily escapes cultivation to grow in areas where it is not wanted. The shedding leaves and flowers can be a nuisance for cleanup efforts when planted over patios or other landscape, and weak branches often break off.

A very attractive ornamental tree that may grow to nearly 40 feet in height with a wide, spreading, umbrella shape to it. Leaves are bipinnate compound and nearly 20 inches long, giving the tree an overall drooping look. Flowers are large, pink, and feathery, with hundreds of long, thin tassels that give them a powder-puff appearance as they grow in abundance throughout the tree. Seed pods are produced in clumps, with up to 20 seeds per pod.

If growing in an undesirable area the trees must be physically removed, and efforts made for some years in the future to kill new trees that sprout from the seeds, which can lay dormant for long periods.