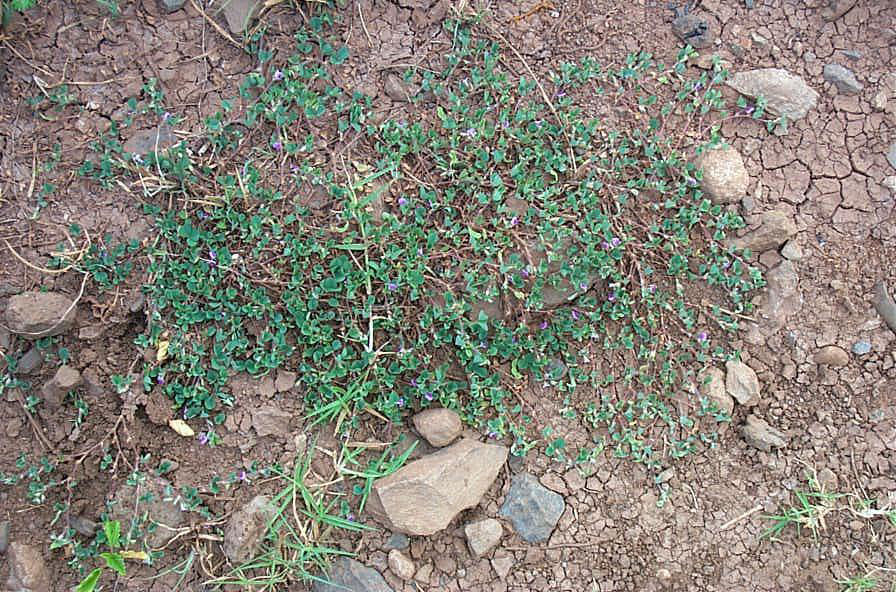 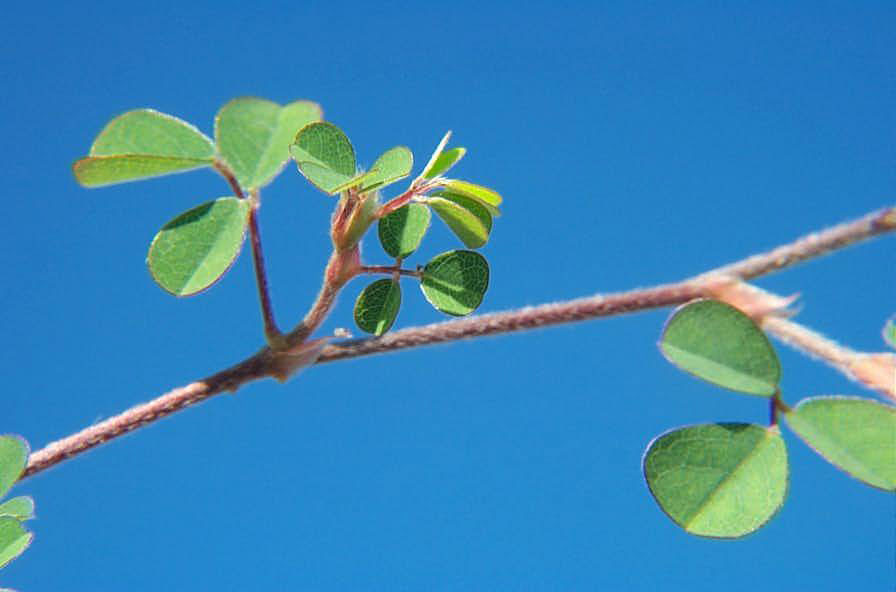 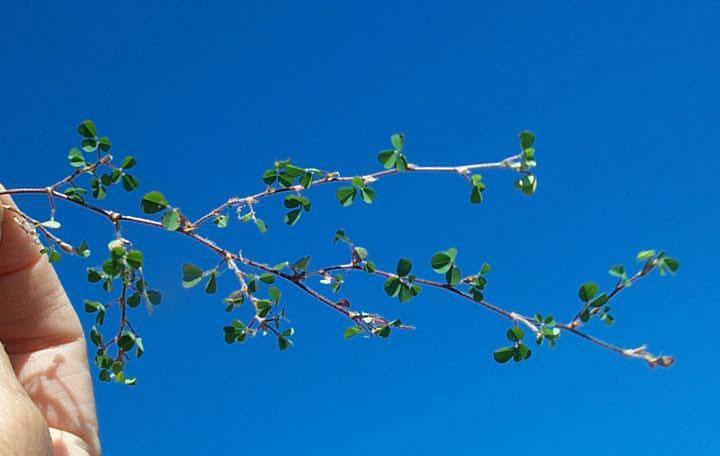 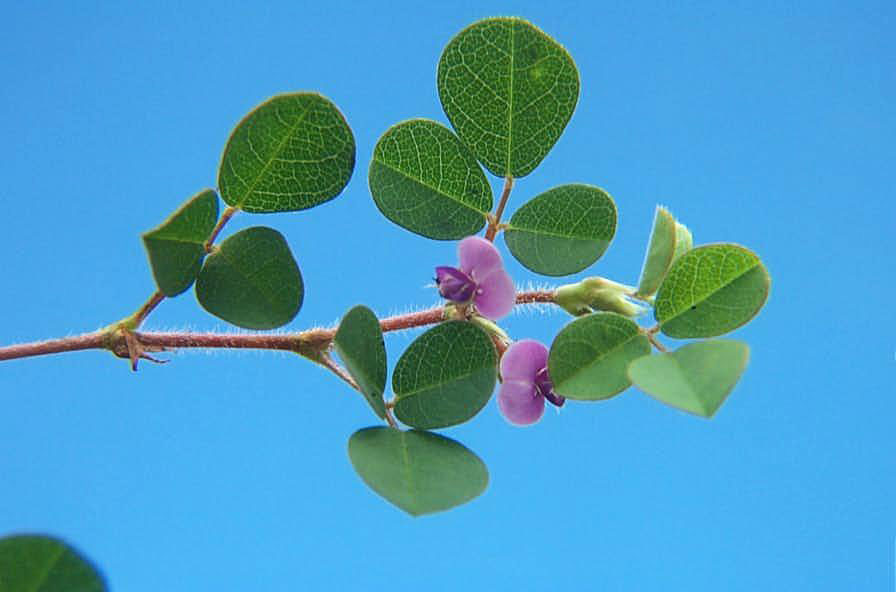 Possibly a native in the United States, where it occurs in Florida. It also occurs in Hawaii, throughout the West Indies and Latin America, and on most other continents. Some literature states it is native to Eurasia.

This is a low-growing perennial that reproduces from seeds, and also spreads by the stolons and stems that will root at their nodes as they creep along, prostrate against the soil. It is a problem in turf, as well as occurring in disturbed areas and roadsides. The seed pods easily attach to passing clothing or animals.

Multiple stems branch off the base or from major stems, and stems are hairy. Leaves are compound, with 3 small oval to heart-shaped leaflets. The tiny flowers are bluish to pink, occurring sporadically on the plant at the bases of the leaves. The seed pods are small and have 2 to 4 rounded sections.

A selective, systemic broadleaf herbicide will be effective when the weed is in turf, or a non-selective systemic herbicide for non-turf areas.