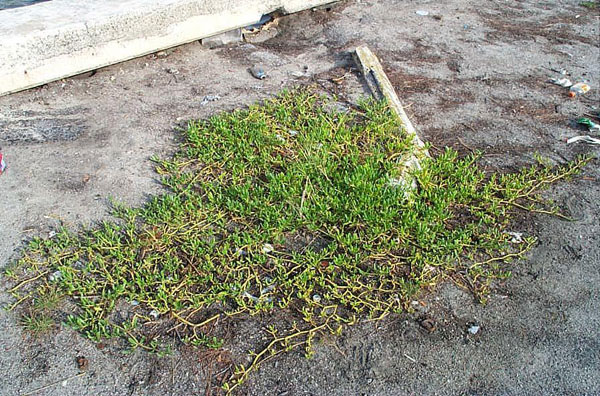 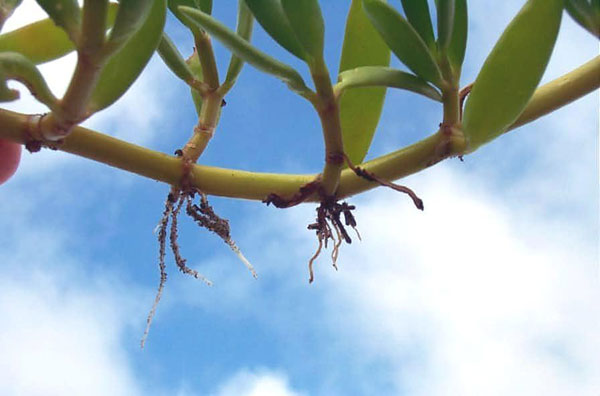 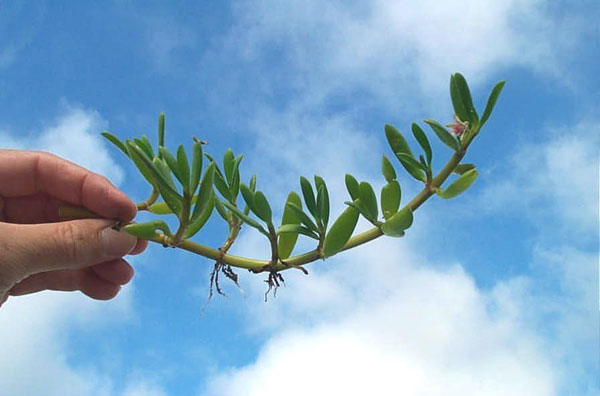 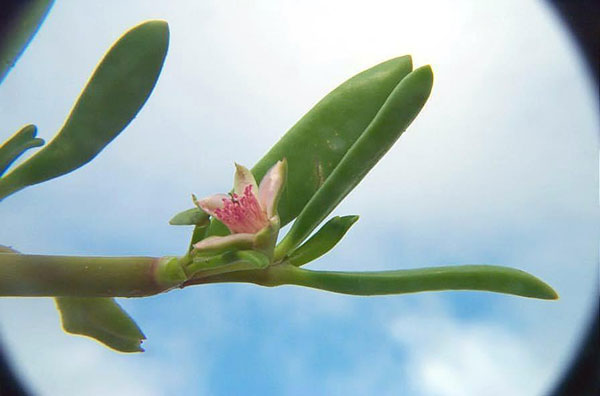 Native to North America, and found as a desirable plant along coastal sand dunes and beaches, but also with the ability to grow extensively in nearby sandy areas where it may not be wanted. Found in the U.S. from Texas to Florida, north to Massachusetts, and in Hawaii and the Caribbean.

A perennial with creeping stems that may become vine-like when other vegetation is nearby. Extensive branching and dense foliage create large, solid mats of the plants over several feet in diameter. Reproduction is from seeds, but plants easily root at the nodes to help spread the plant and anchor it to the sandy soils.

Plants have thick, fleshy leaves that are opposite along the narrow stems. Leaves are elongate and pointed, but nearly as thick as they are wide. Flowers are pink and occur singly on very short stalks that arise from the axils of the leaves. The flower is actually composed of fleshy pink sepals and long pink stamens, but has no petals.

Normally a desirable plant in natural areas, but physical removal is effective when it invades other areas.