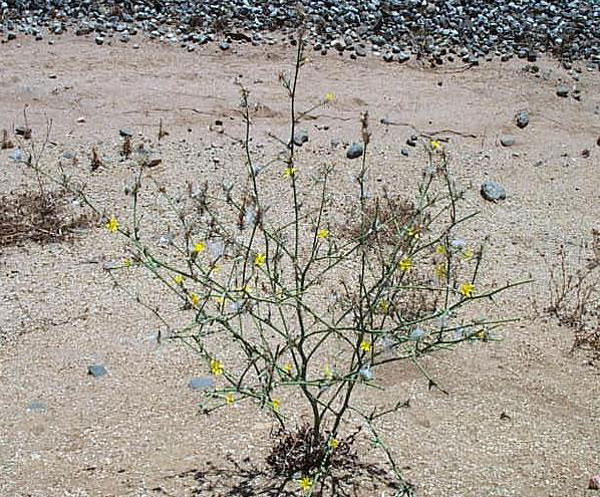 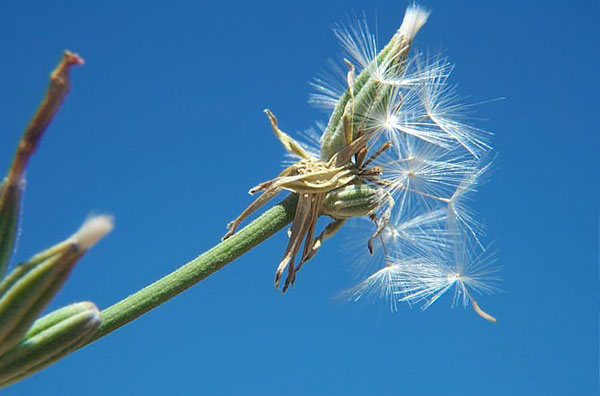 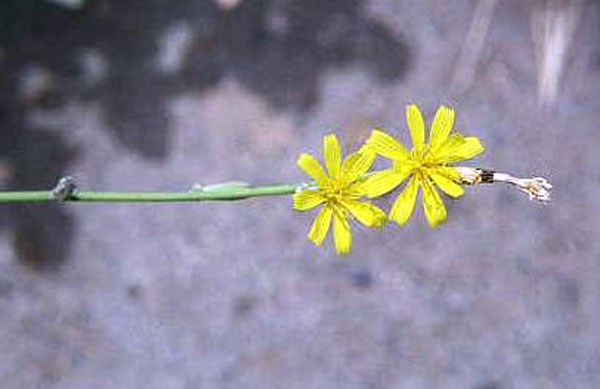 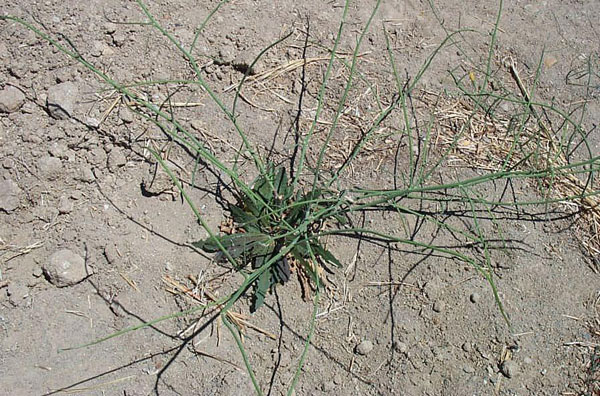 A native of Eurasia and introduced as an ornamental plant. It spreads rapidly and now infests millions of acres in the western United States.

This is a deep-rooted perennial weed, whose foliage dies back in the winter with re-growth in the spring from the roots. Growth begins as a rosette of basal leaves that look very much like common dandelion, but as the long central stems begin to rise these basal leaves die back.

Mature plants are extensively branched with strong, thin stems. Plants may grow to 4 feet tall and the stems appear naked due to the very small, thin leaves growing sparsely along them. Plants have a grayish green color to them. Flower heads are about ¾ inch across, with both ray and disc flowers a bright yellow. They grow scattered along the stems in a sparse manner. The mature seeds have a long, white, umbrella-like pappus and they can be carried long distances by the wind.

This is a perennial that is very difficult to control by physical removal, due to the strong root system. It is highly tolerant of hard dry soils, and most easily establishes itself if soils are disturbed in some way.