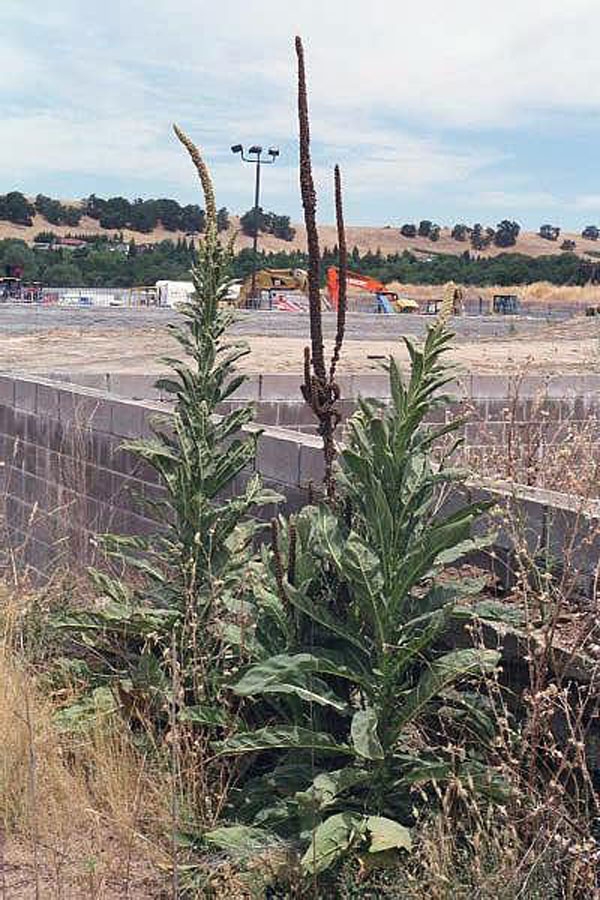 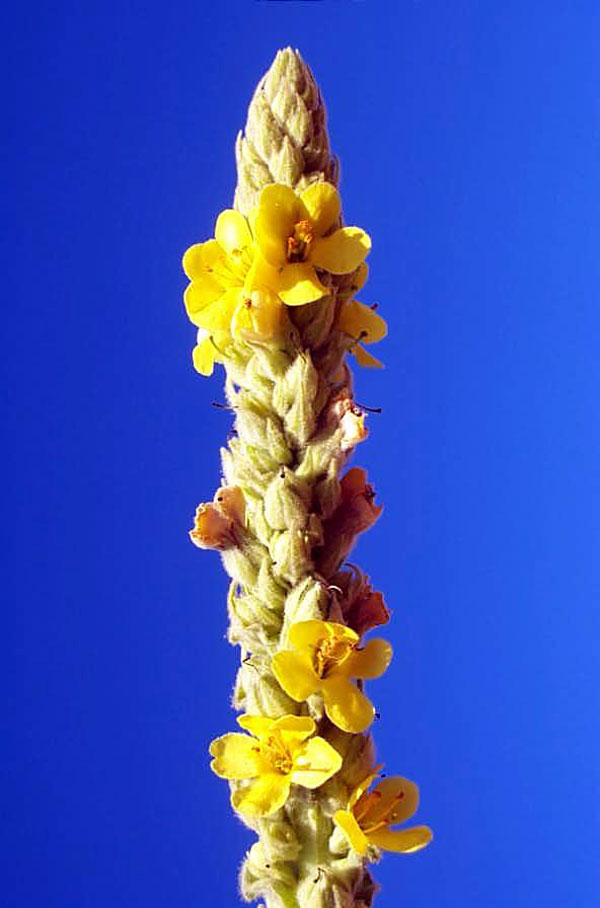 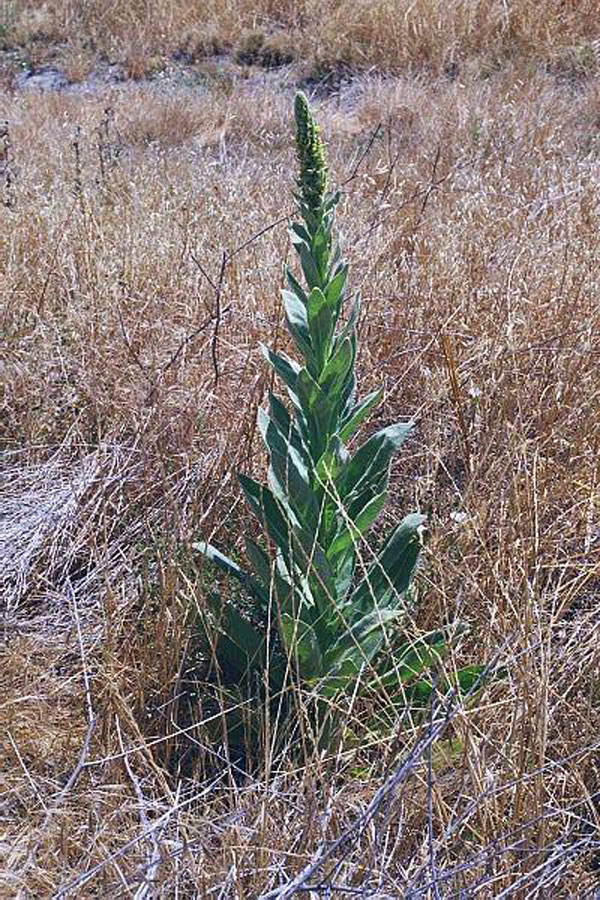 Native to Asia but introduced to the United States from Europe. Common throughout temperate parts of North America, infesting almost any situation in landscape, crops, or non-landscaped soils.

A biennial broadleaf plant. Grows in most situations, particularly in dry, gravelly soils. Seeds germinate in mid-spring of the first year, and the plant matures in the summer of the second year. Flowering and seed production occur from late spring through the summer.

Mature plants very tall and spike-like, up to 6 feet tall in the second year. For the first year only the large rosette of large, woolly leaves will be visible, and the flower stem is produced during the second year. Leaves are very large – up to 18 inches long – and light bluish green and covered with a thick layer of soft hairs on the upper surface. Leaves appear alternately on the stem and are large enough to overlap the ones above them. Flowers are yellow to greenish white and up to 1 inch across, growing on the tightly crowded spike. The flower spike is usually a single spike, occasionally with multiple spikes growing from the base of the main spike, and may have flowers along its entire 3 feet length.

Livestock do not eat the plant due to its thick woolly coating. Heavy seed production makes control difficult. Often found where the soil is dry, gravelly, or stony.