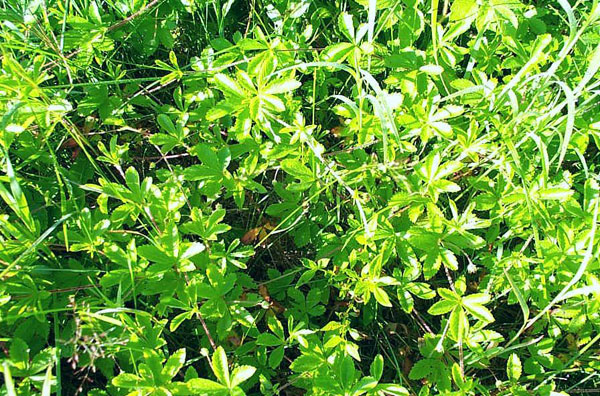 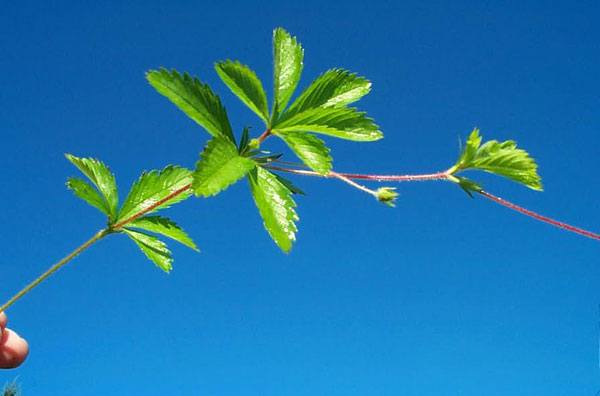 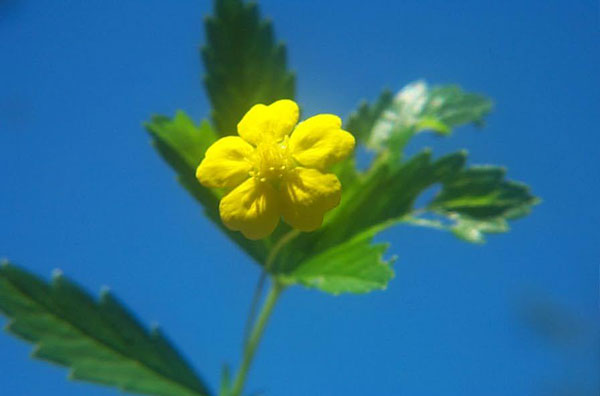 A native plant found throughout the eastern third of the United States, and west to Wisconsin, Arkansas, and Texas.

A perennial weed that reproduces from seeds, but spreads by rhizomes and stolons. It is found commonly in turf and landscape, thriving best in poorly maintained conditions. It also is found along roadsides and in disturbed sites, and in meadows, wooded areas, and open fields. Many cinquefoils are sold as ornamental ground coverings, and can become invasive from the site where planted.

Mature plants are low-growing with prostrate stems and foliage. Stems are thin and tough, and branch frequently. The stems are covered with hairs that are spreading, separating this species from Oldfield Cinquefoil which has appressed hairs on the stem. Leaves are compound, and divided into from 3 to the more common 5 leaflets which attach to a central point on the stalk. Leaflets are elongate oval, much narrower at the base than the tip, with rounded tips and deeply toothed margins. Flowers are bright yellow and are produced on long stalks that arise from the leaf axils. The 5 petals are well separated at their bases, and surround the prominent stamens.

Physical removal is generally ineffective due to the underground rhizomes and chance for re-growth from stolons broken off and not removed. A systemic herbicide will be effective in controlling the entire plant. Good turf health and vigor will reduce the ability for the weed to grow well in the turf.