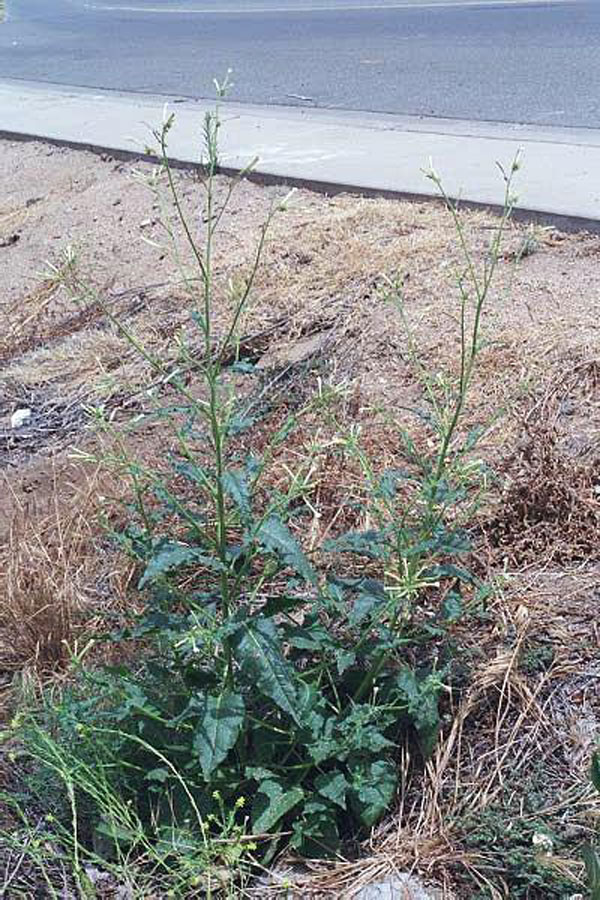 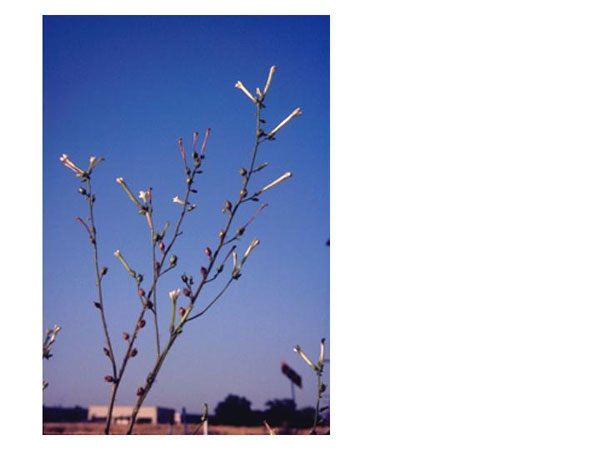 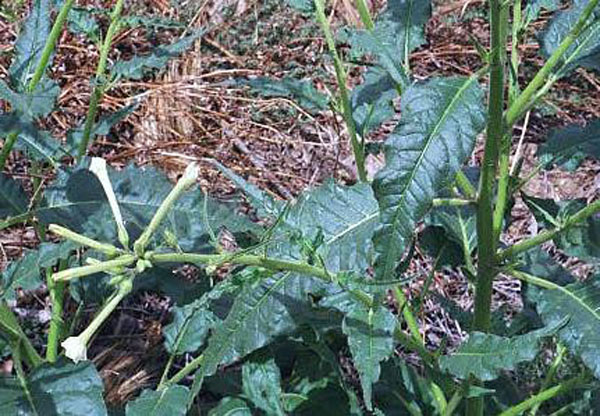 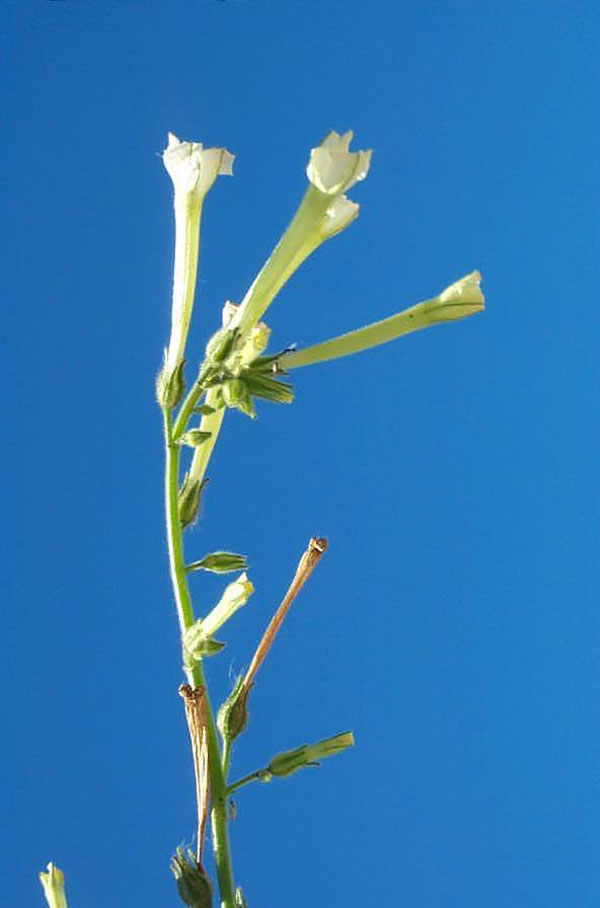 Native to the west coast of the United States.

An annual plant that occurs in many crop and non-crop conditions, and which is troublesome in crops due to its resistance to some herbicides. It’s foliage is ill smelling, but it was used commonly by Native Americans as a tobacco substitute.

Mature plants grow upright to 4 feet tall, with branching from the base and the branches rising either obliquely or curving upward. Leaves arise along the stems, and lower leaves are on short stalks while upper leaves tend to wrap around the stem. Leaves are densely covered with soft hairs and the glandular secretions make the foliage very sticky to the touch. Lower leaves grow to 8 inches long and are lance-shaped, while upper leaves are shorter. Flowers are white, sometimes tinged with violet or green, and are on short stalks arising off of simple branches. They are tube shaped, and flare at the top to 5 distinct but well joined petals.

An annual weed propagating from seed.