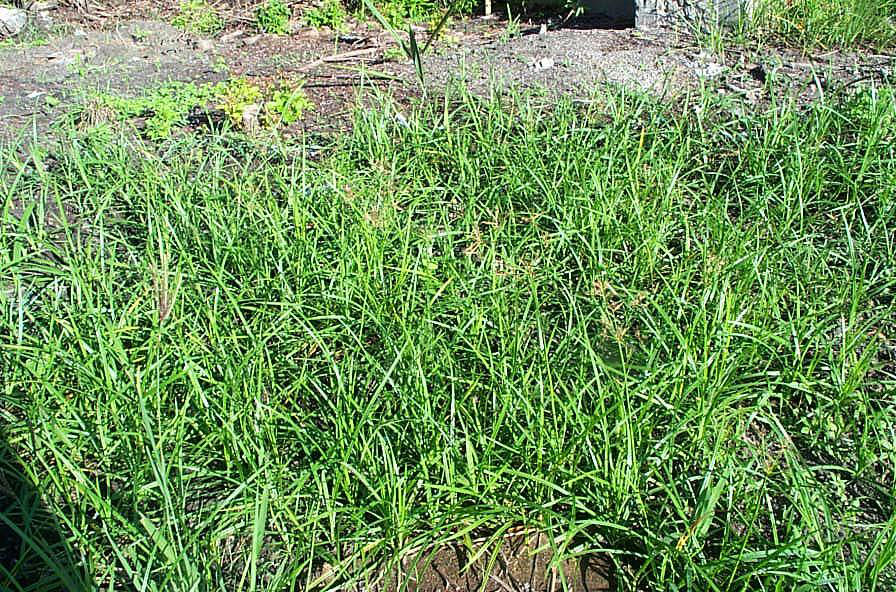 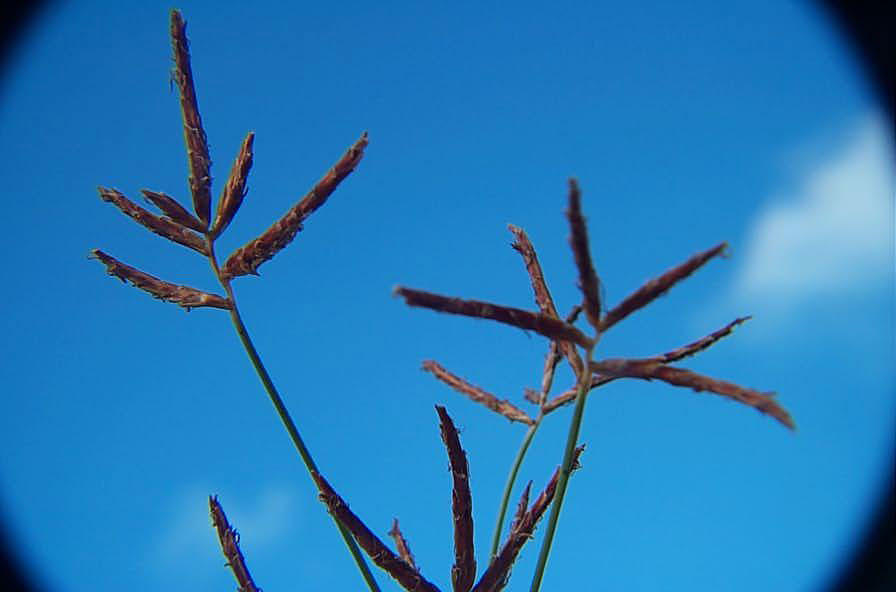 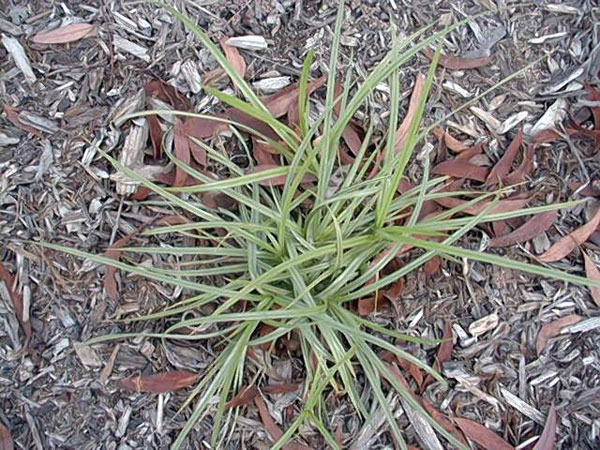 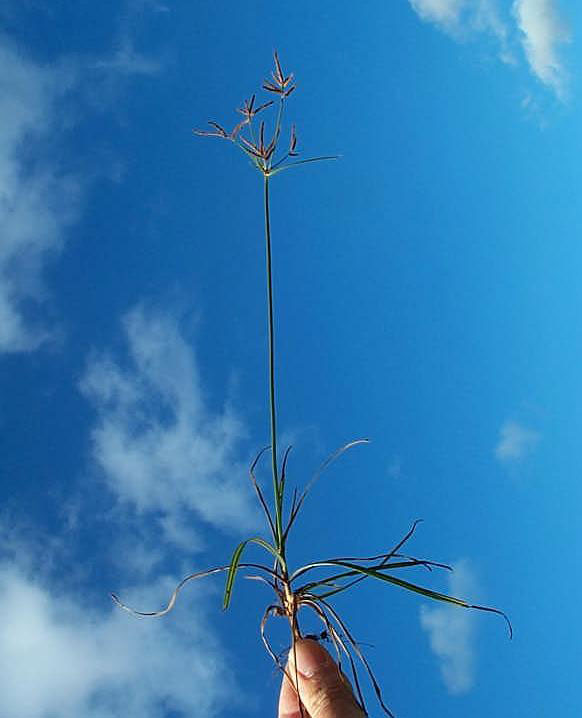 Native to Europe, but now thoroughly spread around the world on all continents. In North America it is found primarily in the southern states from California to Florida, and north to Missouri and New York, as well as a few other states. It occurs in the West Indies, Hawaii, and throughout Latin America.

A perennial weed reproducing only somewhat from seeds, but primarily from underground tubers that are produced in abundance. These tubers sprout to produce new stems as well as rhizomes, which in turn produce new shoots and tubers, rapidly spreading infestations over wide areas. Plants occur commonly in moist to dry habitats, in turf, roadsides, disturbed areas and crops, and it is considered one of the world’s most noxious weeds.

Vegetative parts are similar to other sedges, with a single stiff stem that grows to 2 feet tall, and is triangular in cross section. Leaves are produced from the base in groups of three, and they are long and grass-like in appearance. At the top of the stem there are several more short, flat, lateral leaves. The seed heads are very distinctive on this sedge, being brown to brownish purple in open clusters on long stalks coming from the end of the main stem. Each spikelet is elongated, flattened, and thin, with a hairy appearance due to short, light colored hairs on the flowers.