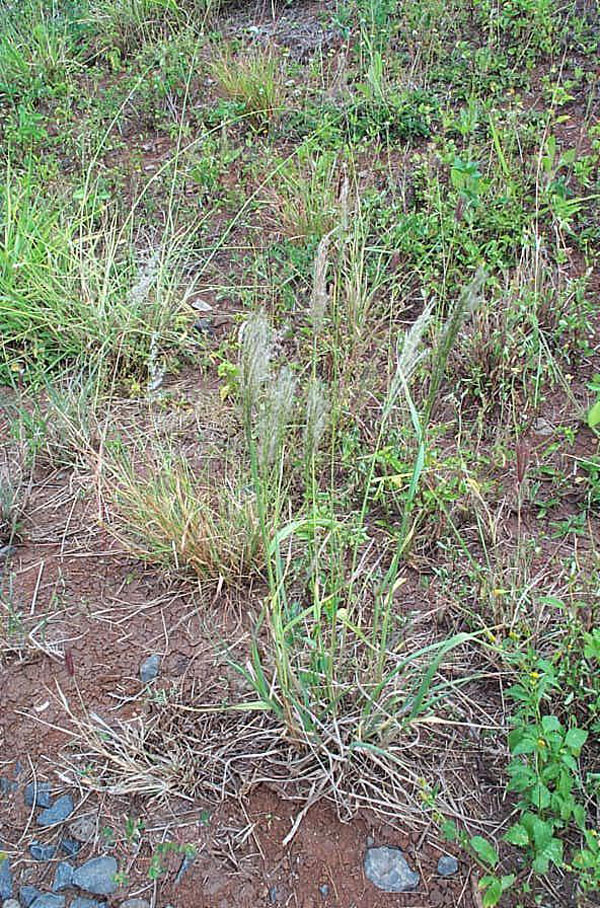 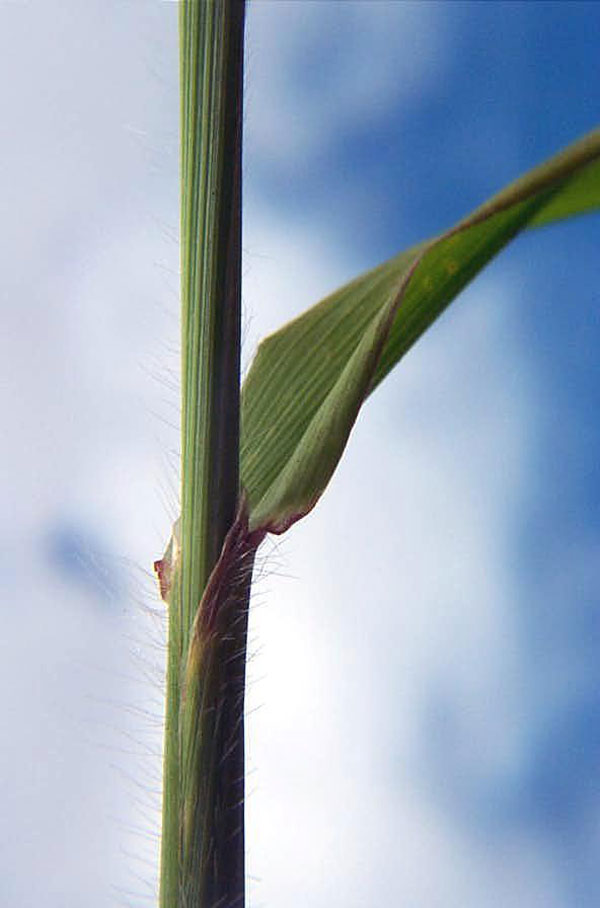 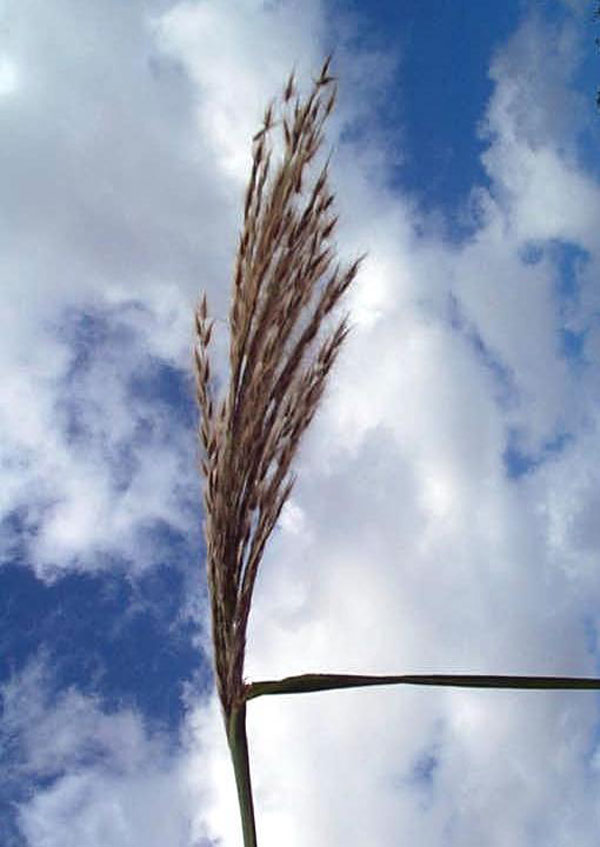 Native to tropical Americas including the southern United States, where it is present from Florida to Texas, as well as in Illinois and New Mexico. It was introduced to Hawaii in the early 1900’s and has become a noxious weed problem there.

A perennial weed that reproduces from seeds and spreads by stolons. The seed head is very large and produces great quantities of seeds that have many dozens of long awns, allowing them to be spread great distances by the wind. This plant is avoided by foraging livestock, and it is capable of spreading rapidly to form solid stands in pastures. It can be found in most habitats including roadsides and landscape, cultivated crops and disturbed sites.

Mature plants may be up to 5 feet tall and growing upright, but spreading laterally with aggressive stolons that root at the nodes. The stems are bulb-like at the base and covered with long, stiff hairs. The leaves are up to 20 inches long and have a rough texture to their upper surface. The mid-vein is noticeably sunken from above. The flower head forms at the end of the stem as a large, dense spike of many dozens of spikelets that are crowded and long, giving them a drooping posture. Each spikelet may be up to 5 inches long and crowded with the hairy looking seeds.

A systemic non-selective herbicide will effectively control this weed. A pre-emergent herbicide will prevent seed germination, but the copious quantities of seeds produced by each plant will require close surveillance of the effectiveness.