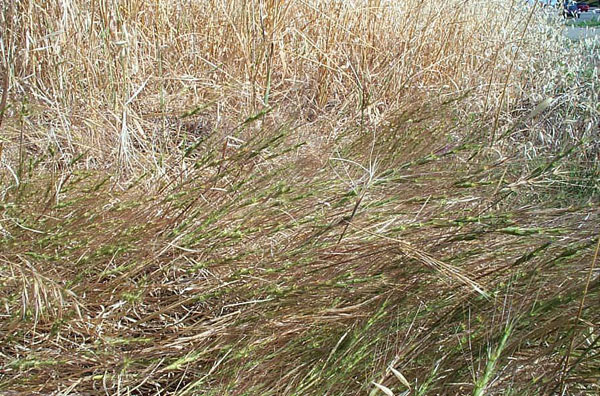 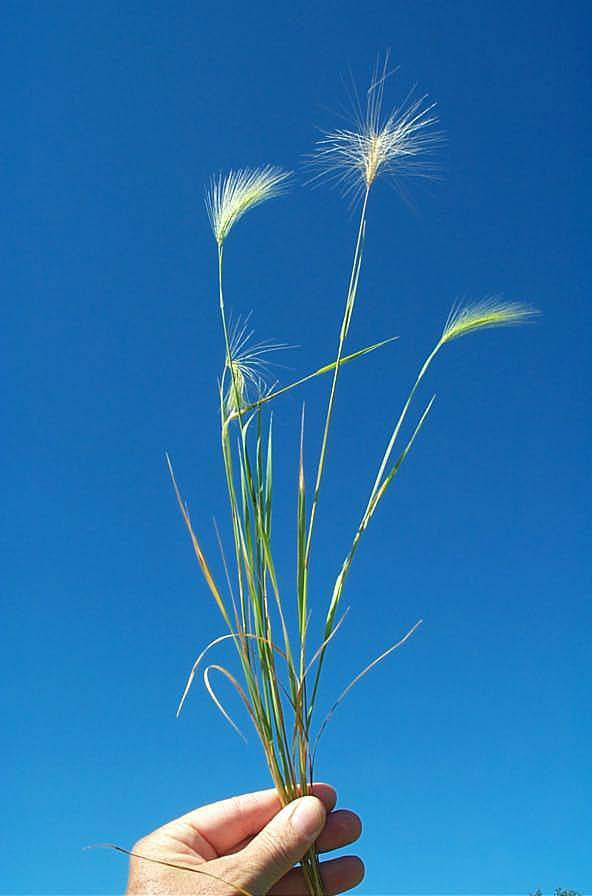 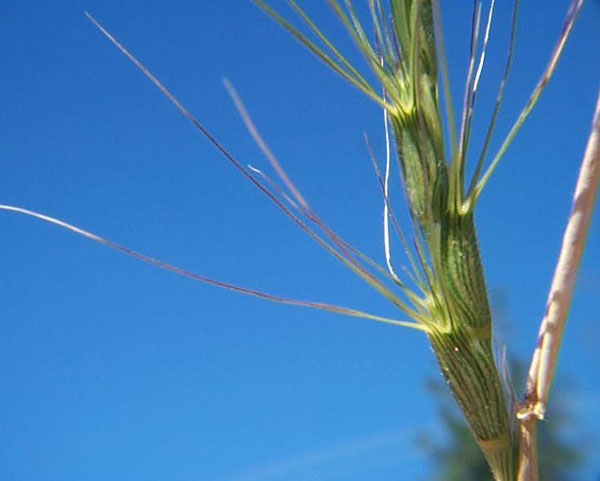 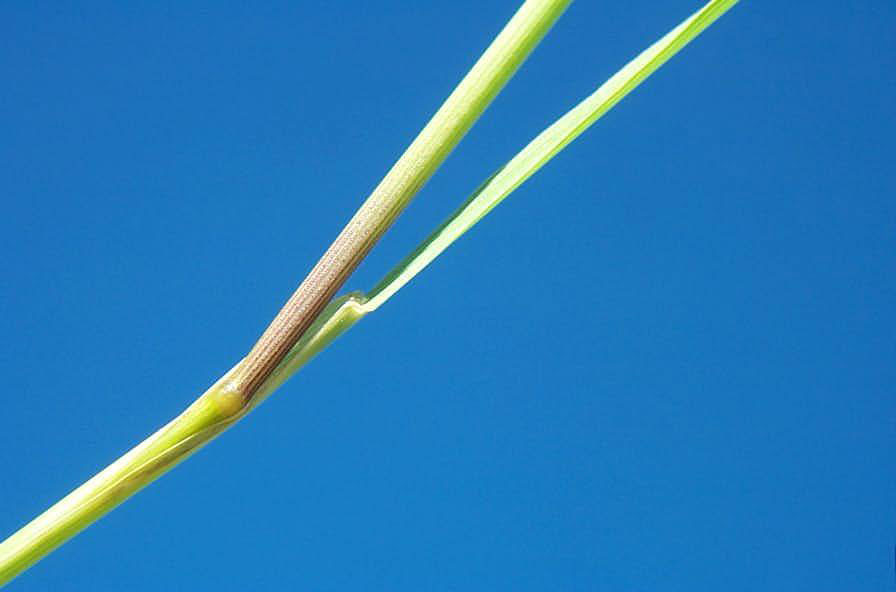 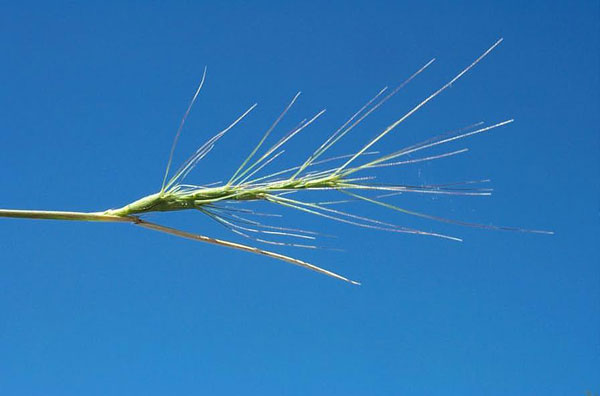 A native of western North America, where it occurs in every state from Texas north to North Dakota and west to the Pacific Coast, north into Canada and south into Mexico. It also may extend east into West Virginia.

A perennial that reproduces from seeds, this grass can be up to 2 feet tall and form thick bunches, or spread widely to cover large areas of ground, crowding out more desirable vegetation. In their early growth they are acceptable forage for livestock, but when mature their long, stiff awns can cause serious injury to animals when swallowed or when imbedded in eyes, nose, or ears. Found along roadsides, grassy slopes, disturbed areas, or open wooded areas.

Mature plants may be bunch forming or more open and widespread. Leaves are narrow and long with sheaths that may have hairs around them. The flower heads are very distinctive, , being long spikes at the ends of the stems. The seeds are clustered tightly along the spike, and the extremely long awns are slightly twisted and protrude at various angles out from the spike. The awns are minutely barbed, giving them a rough feel.