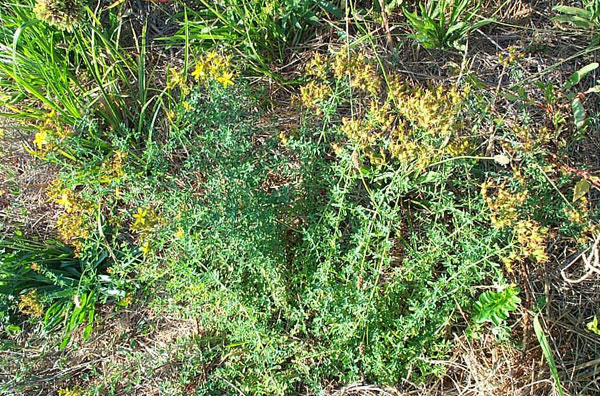 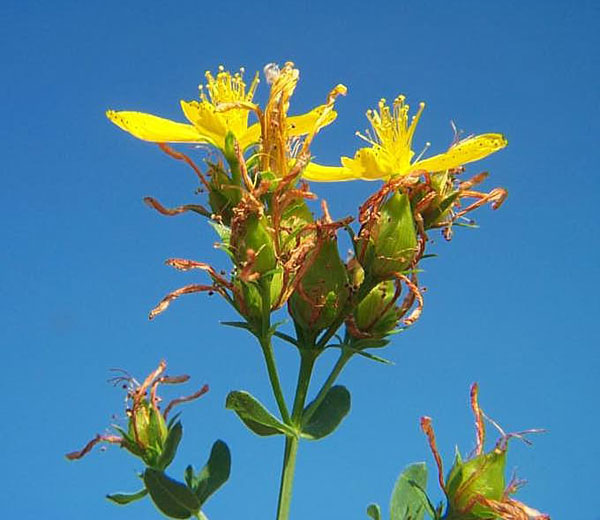 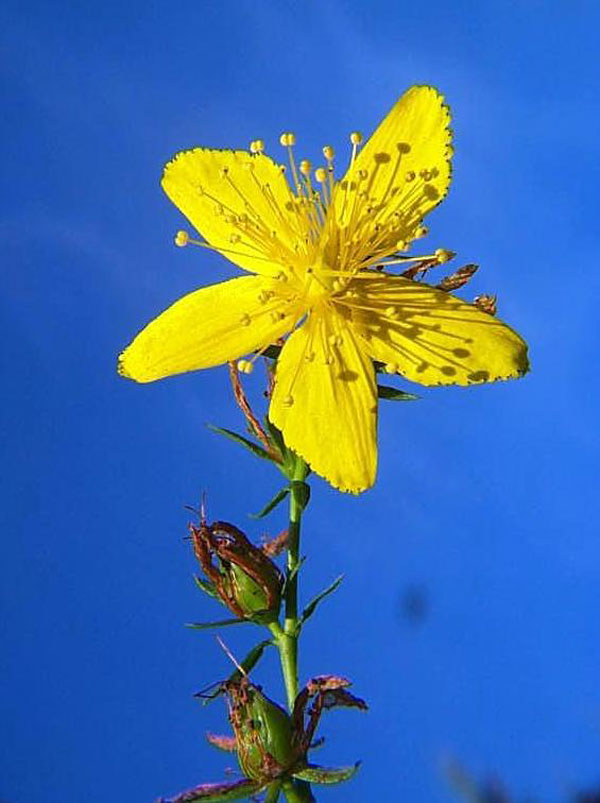 Native to Europe and now widespread in northern California and into Washington, where it may grow in profusion in pastures, along roadsides, and in waste or abandoned areas. The foliage is poisonous to livestock, especially those with light colored hair and skin, and will cause them to exhibit skin irritation when exposed to sunlight. A leaf beetle (family Chrysomelidae – Chrysolina quadrigemina, the “Klamath Weed Beetle”) has been used successfully to control the spread of this weed.

This is a perennial weed, with one or more strong, erect stems reaching well over 3 feet tall. It is well branched at the upper areas of the main stem, and numerous leafy shoots grow at the base. Propagation is from seeds, but plants also can spread by creeping, horizontal stems that root where the nodes contact the soil.

Mature plants may grow over 3 feet tall, in a strong, upright growth. Leaves are light green and without stalks, and they are elongate oval and narrow, to around 1 inch long. The margins of the leaves tend to roll back, and from the leaf axils further short, leafy branches often grow. Flowers are bright yellow and showy, growing in flat-topped clusters at the top of the plant. Flowers are 5-petaled and with a spray of very long stamens coming from their centers. The petals sometimes have black dots on them and they tend to twist as they age. The seed pod forms as a large, circular green pod that produces large numbers of seeds.

A perennial, capable of new growth from stems that contact the soil. The root system is extensive, making physical removal difficult where the plant is well established.