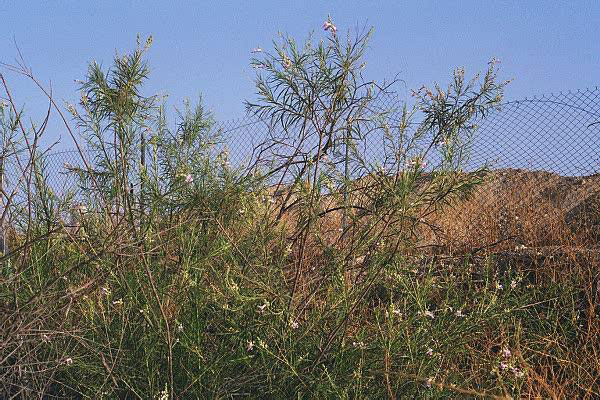 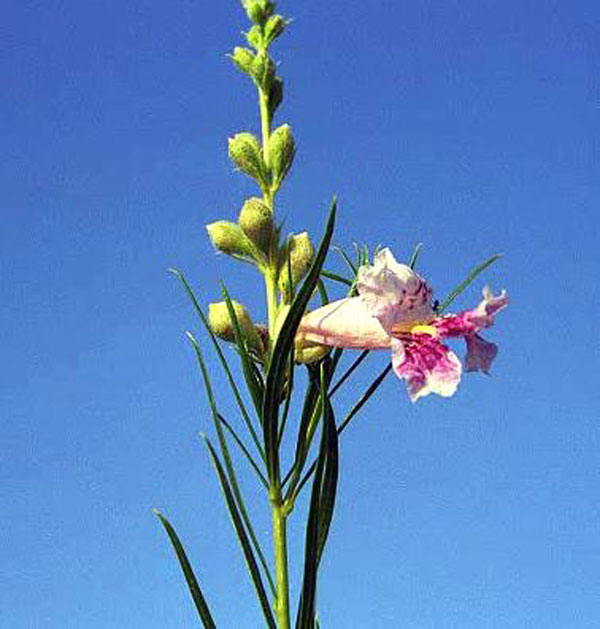 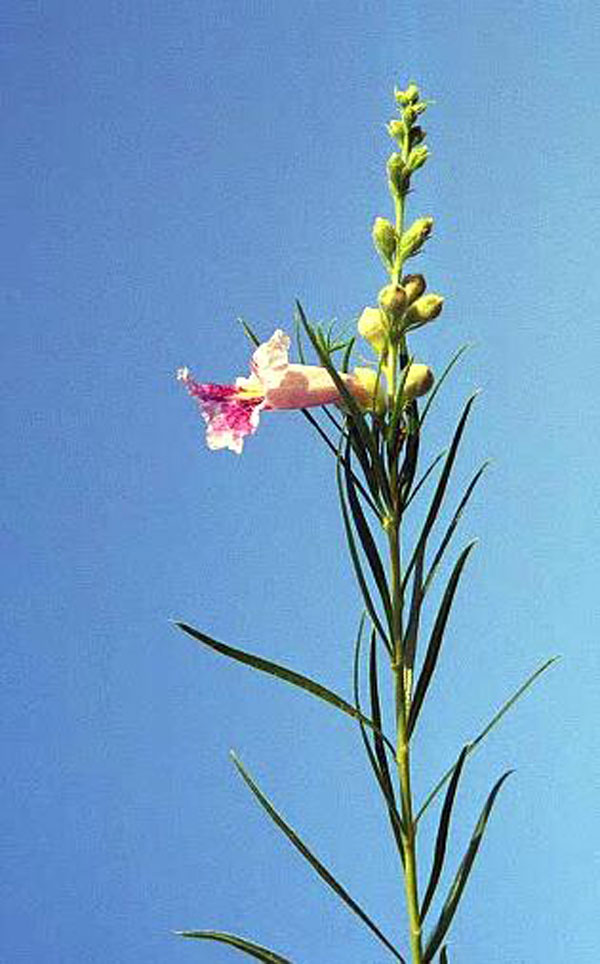 Native to the southwest states of the United States and into Mexico. It is found from Texas north to Kansas and west to California in the more arid regions.

A perennial shrub to a bushy tree that reproduces from seeds. This is primarily an arid-lands or desert plant that is highly tolerant of dry, sandy soils. It may grow along roadsides where its thick foliage can obscure visibility.

A dense shrub with multiple, branching woody stems, and growth to as high as 25 feet. Leaves are elongate and narrow, and up to 6 inches long, and will fall from the plant in the winter. Flowers occur on elongated stems at the ends of the branches, with several to two dozen flowers alternating along the stem. The flower is pink, white, or lavender, with a long basal tube and irregular shaped petals.

Control generally is not needed for this native plant. When it is growing in an undesirable location it can be physically removed.