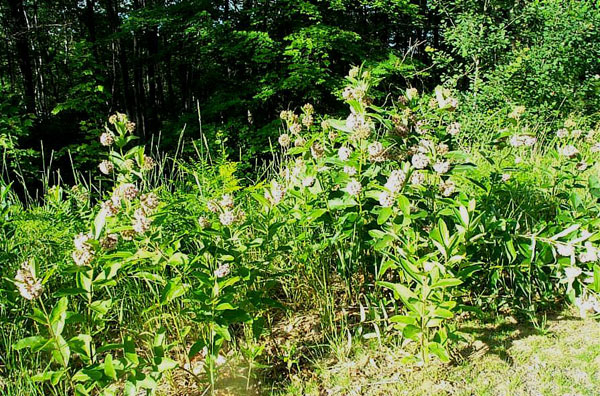 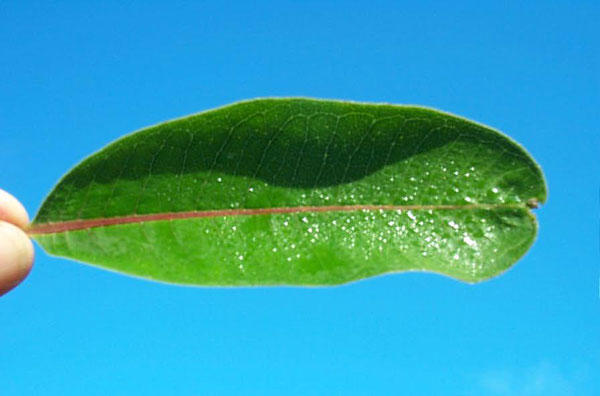 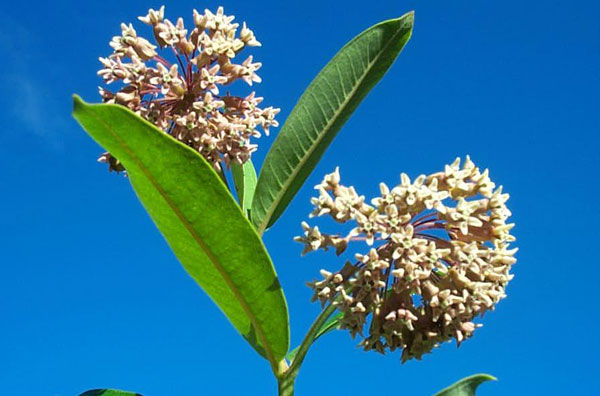 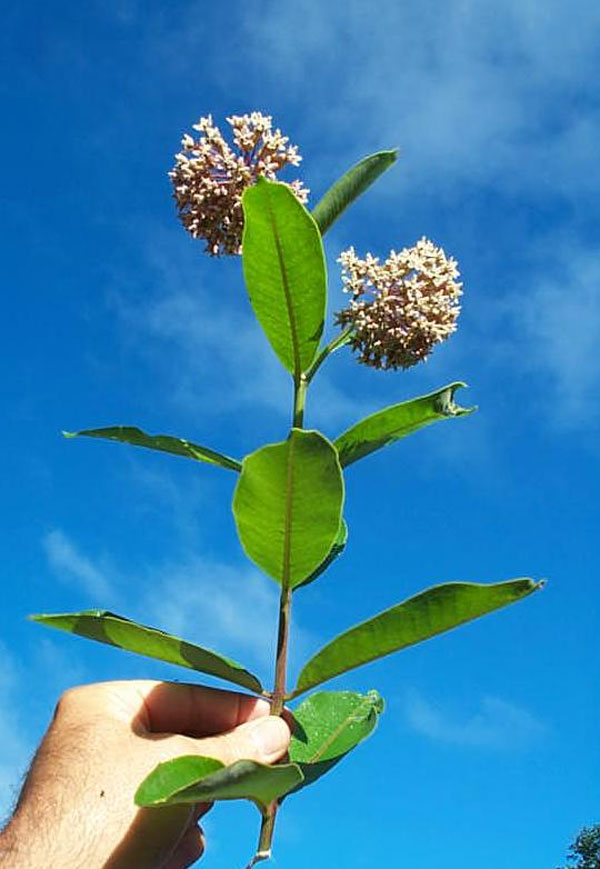 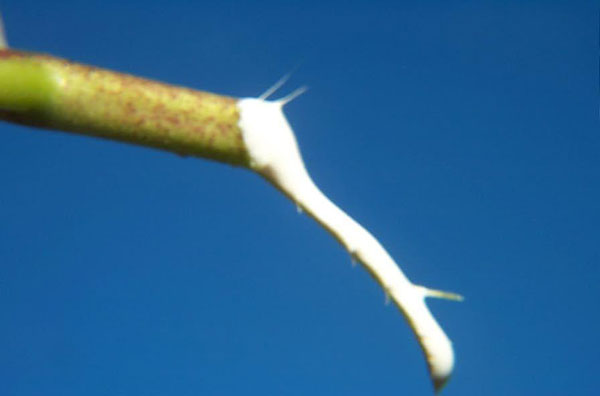 A native of North America, and found throughout the entire eastern United States and Canada, east of the Rocky Mountains. It also is found in Montana and Oregon, possibly as an escape from cultivation. Commonly used as a garden plant due to its showy appearance and attraction to butterflies.

A perennial which dies back each year and re-grows from its extensive root system, which consists of thick fleshy roots and rhizomes. Reproduction is from rhizomes as well as seeds, and these may float long distances due to the long, silky fibers attached to them. A milky sap exudes from all plant parts when they are broken, and this may contain toxic alkaloids. A very common plant along roadsides and in disturbed areas, forming extensive patches that crowd out all other plants. It also is a noxious weed in some kinds of agricultural settings where tillage is reduced or non-existent. This milkweed is an important food source for nectar-feeding insects as well as for the milkweed butterflies such as the Monarch.

Mature plants form extensive clumps to around 5 feet in height. Stems are either unbranched or slightly branched along the upper half, and stems are hollow and covered with short, soft hairs. Stems turn red as the season progresses. Leaves are elongate oval and up to 8 inches in length, with smooth margins and a white or pink midvein. The upper surface is smooth and the lower surface is coated with short, soft hairs. The leaves are opposite along the stem. Flowers grow as globe-like clusters called umbels, forming at the ends of short stalks that arise from the axils of the leaves. Dozens of small pinkish-white flowers compose each umbel, which droops from the weight of the maturing flowers. Seed pods are long, teardrop shaped, and up to 5 inches in length, opening in the fall to release as many as 200 seeds. These have a tuft of long, silky hairs that allow the wind to carry them long distances.

Frequent low mowing will discourage the presence of milkweed, but tillage or physical removal may actually fragment the rhizomes and spread the infestation. A systemic herbicide will effectively kill all plant parts.