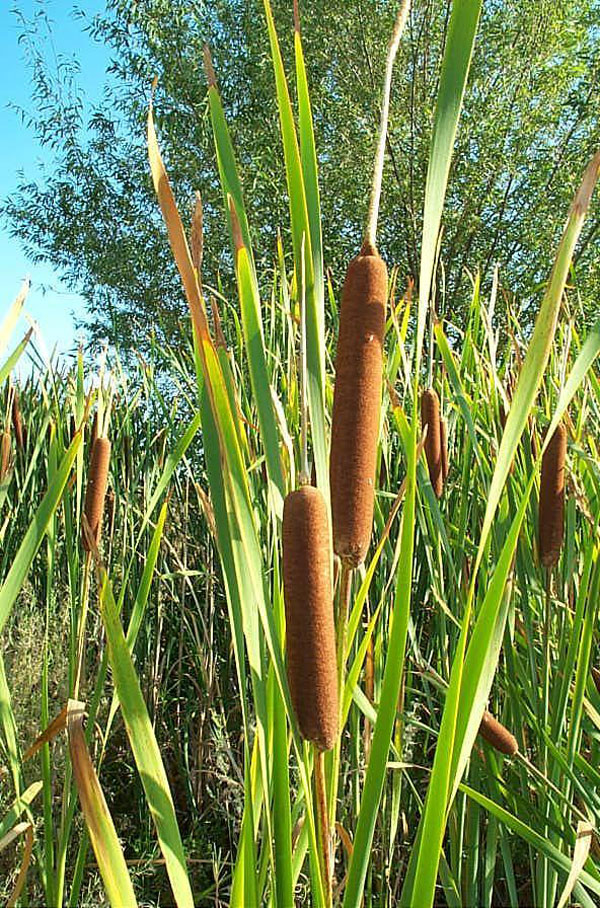 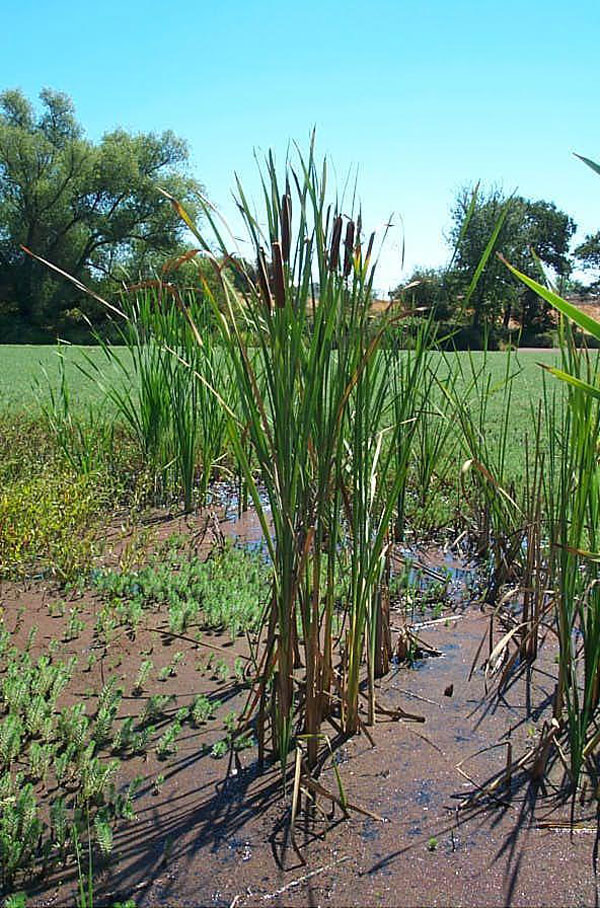 Native to Europe – now widespread in the U.S.

Perennial marsh weed found in any wet or aquatic habitat. Reproduces from either its thick, spreading, underground rhizomes or from seeds that are produced in huge numbers, and which are released as the seed head bursts open and sends clouds of seeds blowing with the wind. Suspected of being toxic to horses, and large areas of cattails contribute to conditions appropriate for mosquito breeding sites. Its presence in water storage ponds or irrigation canals can impede the flow of water. However, cattails also provide shelter and habitat for wildlife, and have had many other uses – the rhizomes are used for flour, the seeds for useful oils, leaves and stems for fiber and paper, the cottony seed heads for stuffing clothing linings and for insulated board.

Mature plants may grow to 10 feet tall, with leaves grass-like and flattened. While cattail is also often called “tule”, the common tule has short leaves that grow near the base and the seed head is composed of clusters of small seeds rather than the large cigar-shaped head of cattail. The stem that bears the flower/seed head is more cylindrical and also very long. Seeds are borne in tight spikes that are cigar-shaped, brown, and around 8 inches long.

Underground rhizomes spread the growth well out from the plant. Seeds flow with the wind and may go for miles.