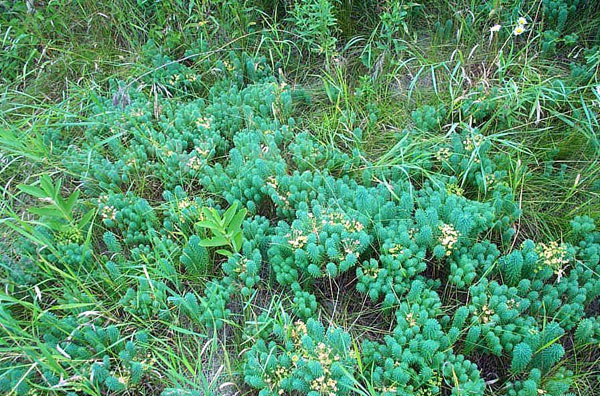 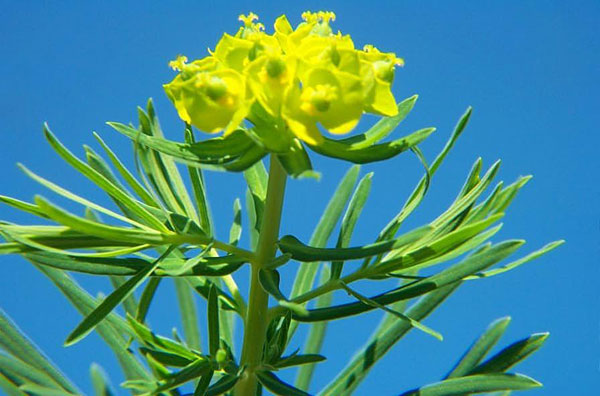 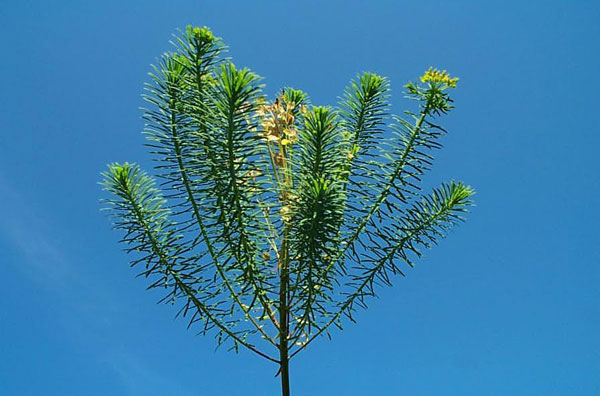 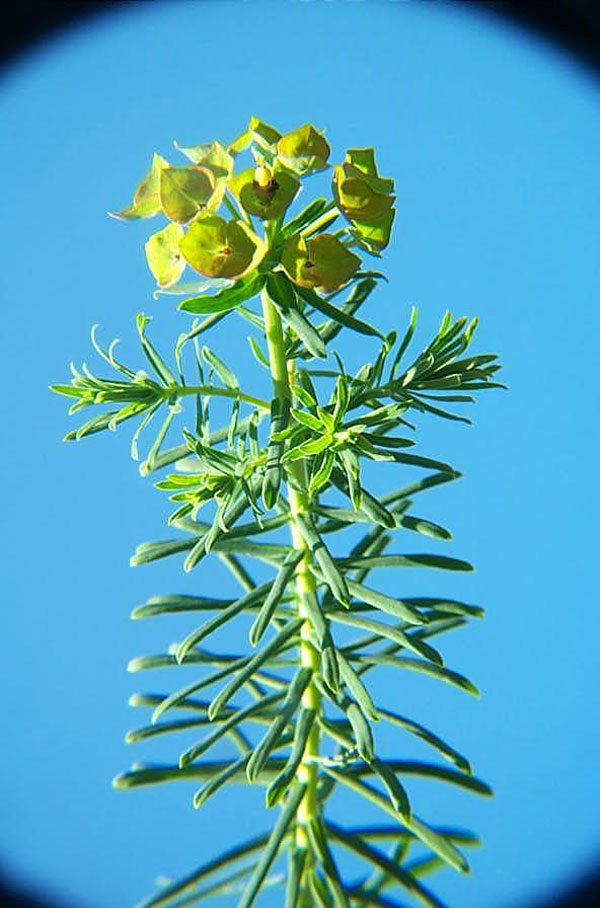 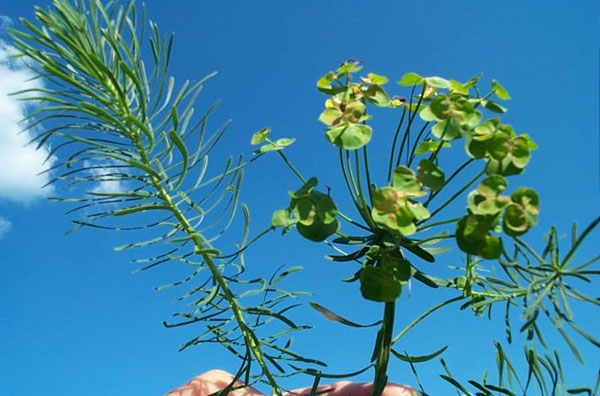 Native to Europe, but introduced to North America as a garden plant, and now found throughout most of the United States and Canada, with the exception of the south-central states in the U.S. It is declared a noxious weed in most of southern Canada.

A perennial weed that forms thick, extensive clumps that crowd out all other vegetation. Reproduction is from seeds, from shoots that grow from lateral roots, and from re-growth from segments of stems that are severed and left on the soil. Foliage dies back in the winter, with re-growth from the roots and seed germination beginning early in the spring. This is a very common weed along roadsides, in pastures and rangeland, in disturbed areas, and in crops where tillage is not done. All plant parts exude a milky sap when broken, and this is slightly toxic to cattle.

Mature plants are usually around 12 inches in height and upright, with thick, fibrous stems arising from the base that are either unbranched or branched in the upper areas. The leaves are attached to the stem without stalks, and they are very narrow and only around 1 inch long. This distinguishes this species from the similar Leafy Spurge, which has much longer leaves that are more lance-shaped. The leaves are spirally arranged, but are so numerous they appear to be whorled. Flowers are in rounded clusters called umbels, at the ends of the stems. Many long stalks arise from a central point to terminate with one to several flowers. These are green to yellow, with the flower small and inconspicuous, but surrounded by the broad, enlarged bracts that are the visible part. The seed capsules may open explosively when mature, to propel the seeds many feet away.

Successful physical removal would be nearly impossible with the plant’s ability to start new growth from roots and stem sections. A systemic herbicide will be effective in killing all plant parts, and a pre-emergent herbicide can help to stop seed germination.