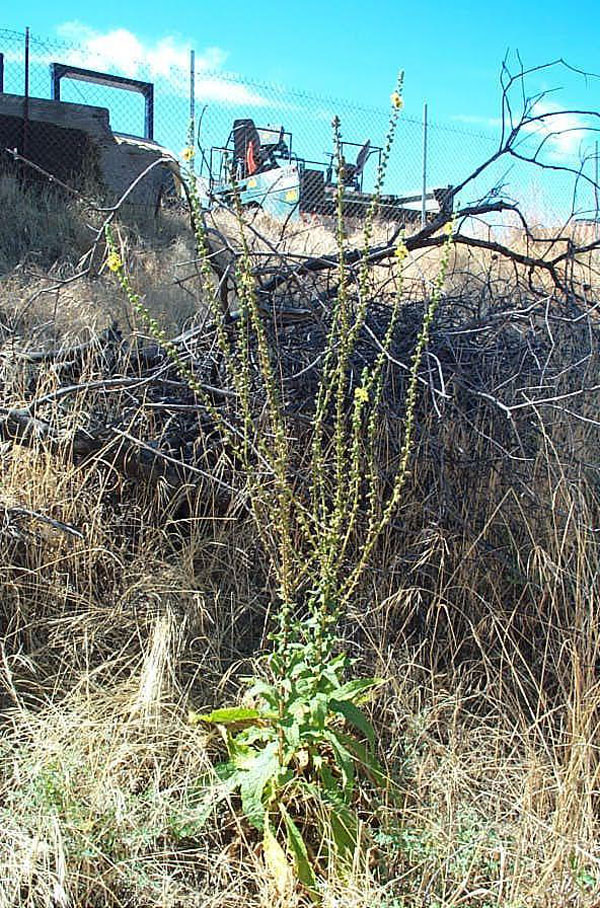 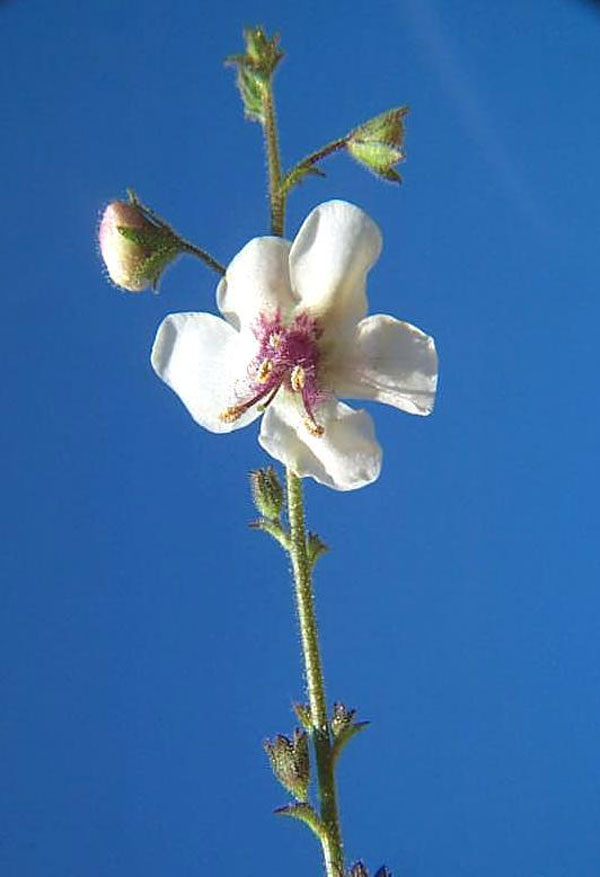 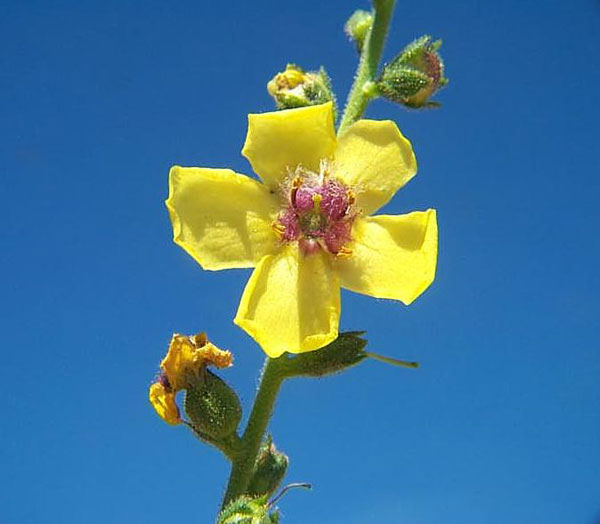 Native of Europe – now widespread in the United States

A biennial broadleaf plant with a deep taproot. In the first year a basal rosette of leaves is produced that may remain even through the second year of growth. In the second year a single stem is produced, growing up to 5 feet high. Moth Mullein flowers from late spring throughout the summer.

Leaves of the basal rosette are dark green, up to 6 inches long, with shallow lobes or teeth along the margins. As the flower stem grows upward leaves are produced alternately along the stem, becoming smaller as they are produced higher on the stem. Flowers normally bright yellow, on occasion tending toward white, and around 1 inch wide with 5 petals. They are produced as single flowers on short stems that are alternate along the upper half of the stem. Maturation or death of the main stalk may lead to several side stalks arising from the base of the original stalk.

Widespread weed that grows in most kinds of soils, including very dry soils along roadsides and in waste areas.