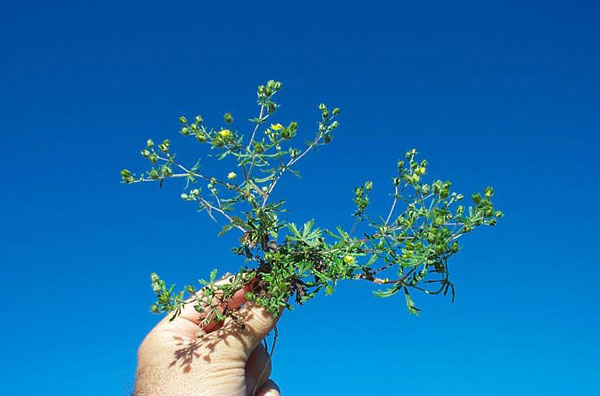 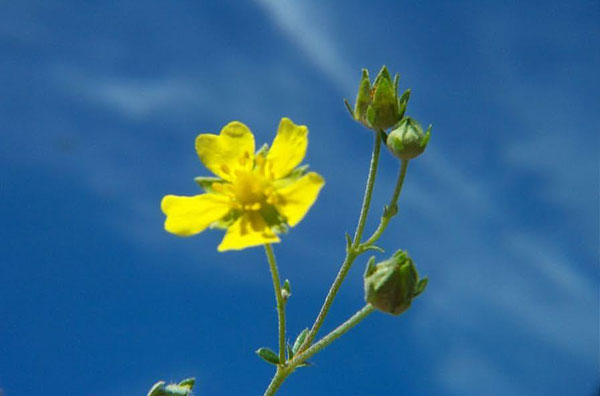 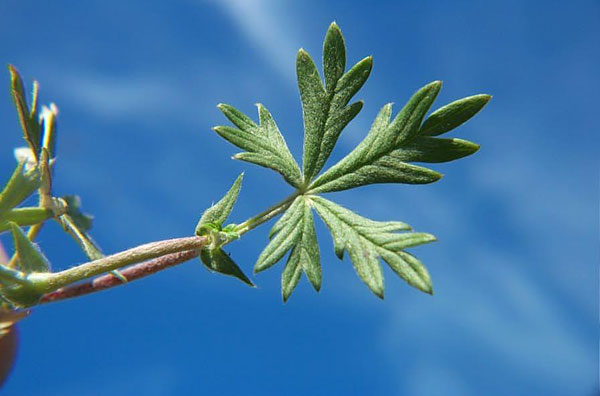 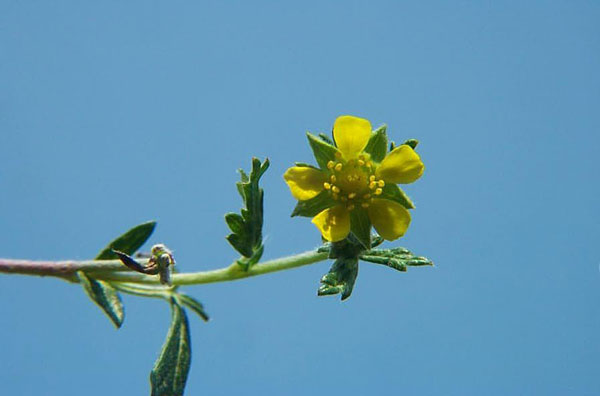 Native to Europe, but possibly introduced to North America as a garden plant. It now is present across the northern half of the United States and southern Canada.

Mature plants are erect to somewhat prostrate, and this species differs from other species by having no stolons and by having up to 7 leaflets on the compound leaves. Leaflets are elongate oval, and are much narrower and shorter than on other species. They have a dense covering of silvery-white hairs on their lower surface. The leaflets have 3 to 5 deeply notched teeth on their outer half, and smooth margins along their lower half. Flowers are bright yellow and are produced on long stalks that arise from the leaf axils. The 5 petals are well separated at their bases, and surround the prominent stamens.