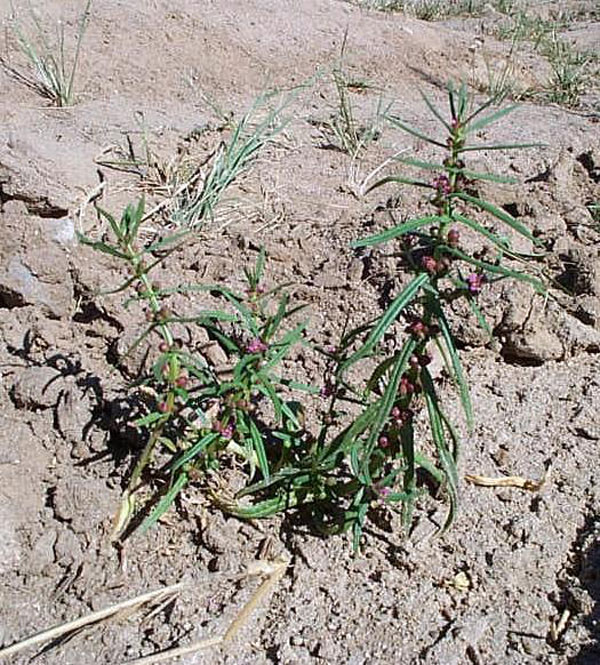 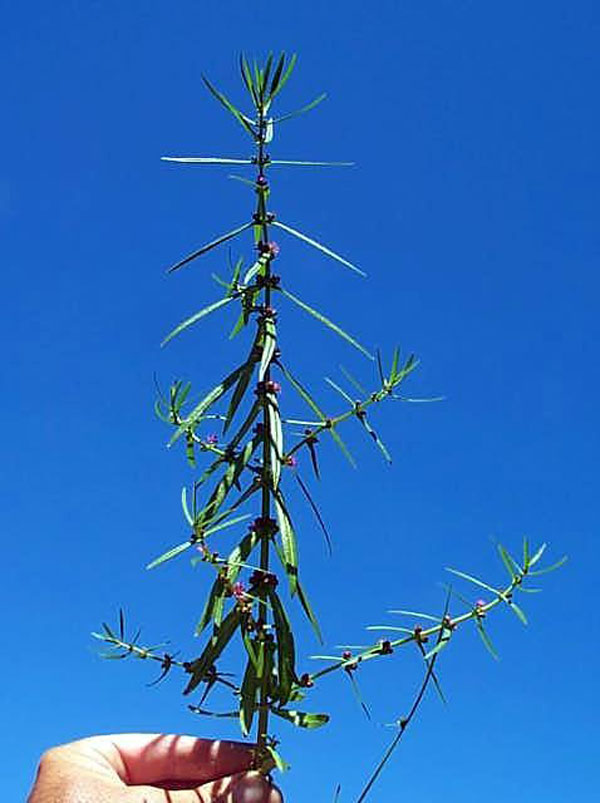 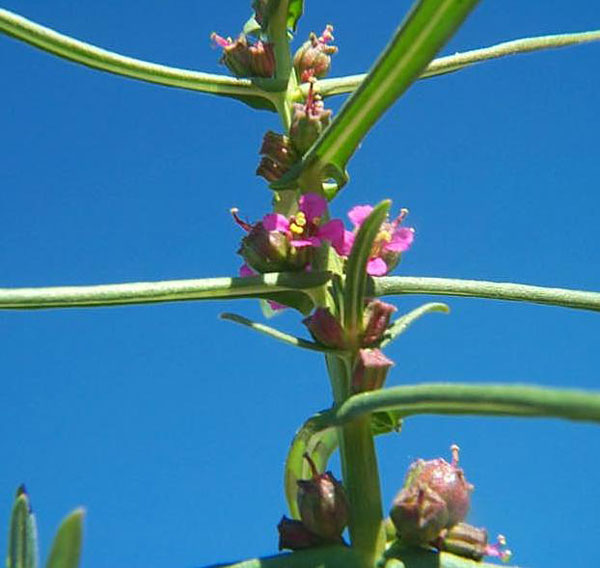 Grows best in marshy areas such as ricefields, ponds, ditch banks and along stream banks. An annual broadleaf, with seeds germinating in mid to late spring, plants maturing in mid summer, and seed production occurring into early autumn.

Mature plants may grow to almost 4 feet tall but typically are 1 to 2 feet tall, and usually growth is erect with a strong, central stem and numerous lateral branches that grow noticeably at right angles to the main stem. The stems are square in cross section and have no hairs. Leaves are long, narrow, and lance-shaped, growing in pairs opposite each other on the central stem and the branches. They have no stalks, and have large lobes at the base where they attach to the stem. In mature plants the leaves and stalks turn bright red. Flowers are small, but the bright red color makes them conspicuous against the green foliage. They form as clusters of 3 or 4 flowers at the base of the leaf blades, forming distinct rows all along the central stem as well as the branches.