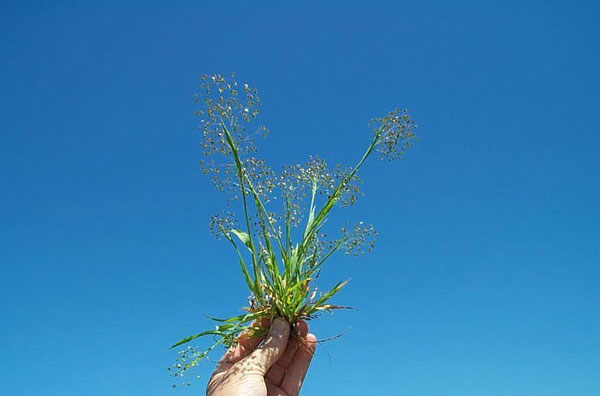 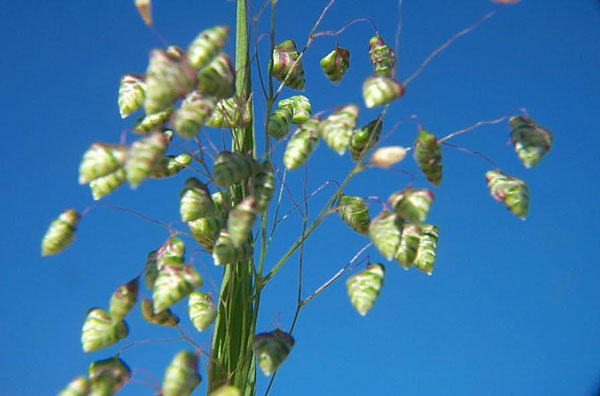 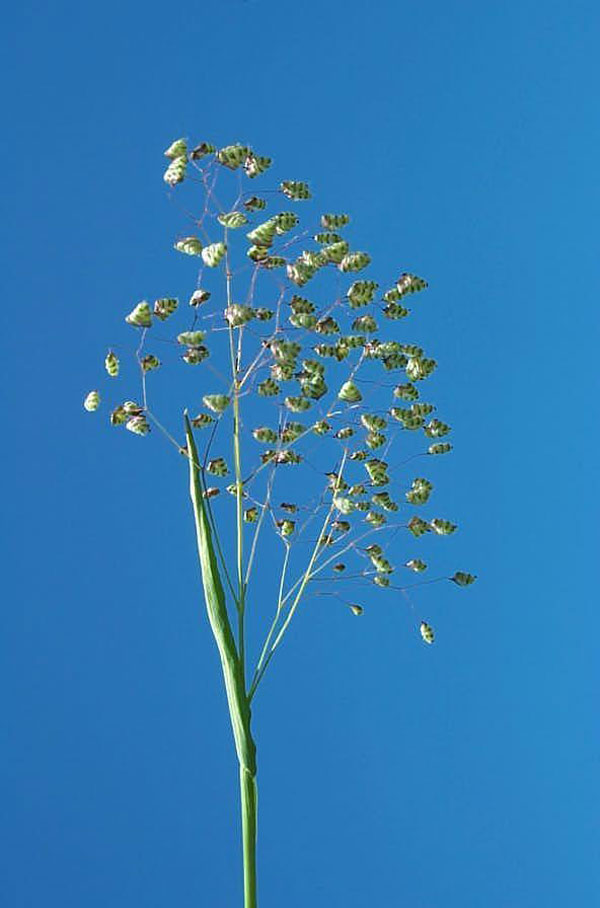 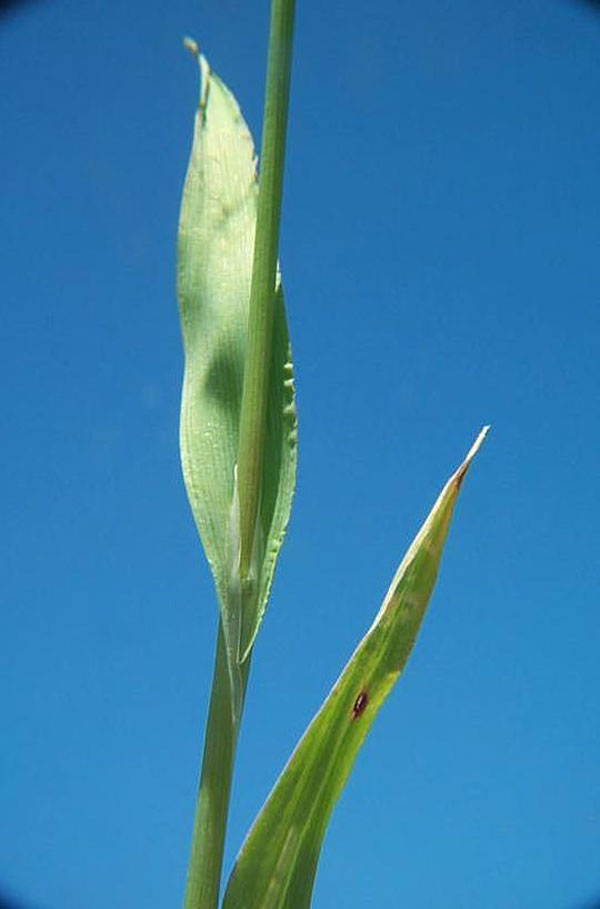 Introduced from Europe, and now found throughout the southern half of the United States, north in the east to New York and north in the west to Oregon and Idaho. It also has been introduced to Hawaii.

An annual grass that reproduces from seeds. Occasionally found in disturbed habitats such as roadsides, pastures, empty lots and landscape.

Mature plants remain short, but potentially could grow to 18 inches high with several spreading branches. The flower head is an open cluster of many thin branches that finally terminate with the spikelet, which is composed of up to 6 individual flowers or seeds. The spikelet is very short and compact, and resembles a tiny rattle of a rattlesnake. The base of the leaf is broad and envelops the stem, and within this a long, papery, pointed ligule is present.

Generally not present in such large numbers that it presents a problem. Easily killed with a contact or systemic herbicide, and prevented using a pre-emergent herbicide prior to seed germination. This is a late winter or early spring germinating weed, and persists in damp locations into the summer.