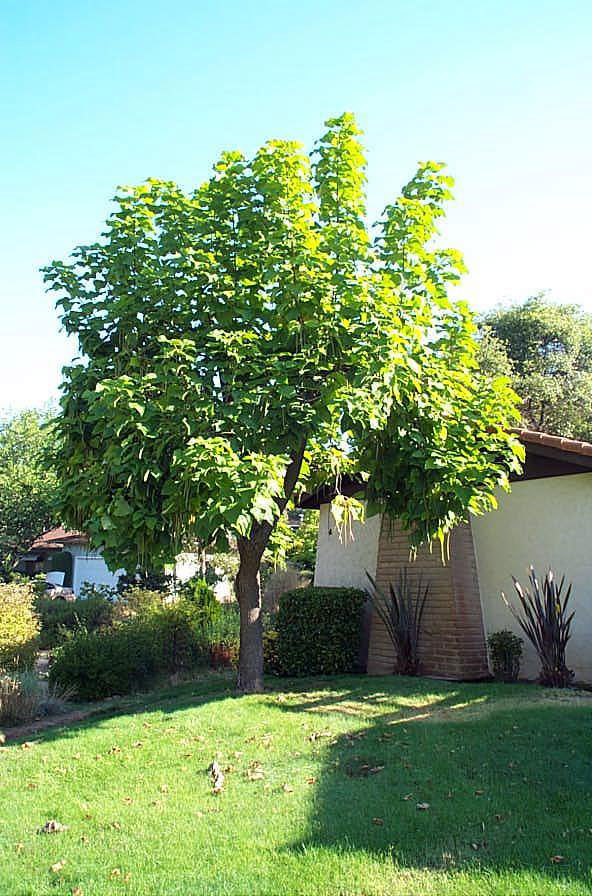 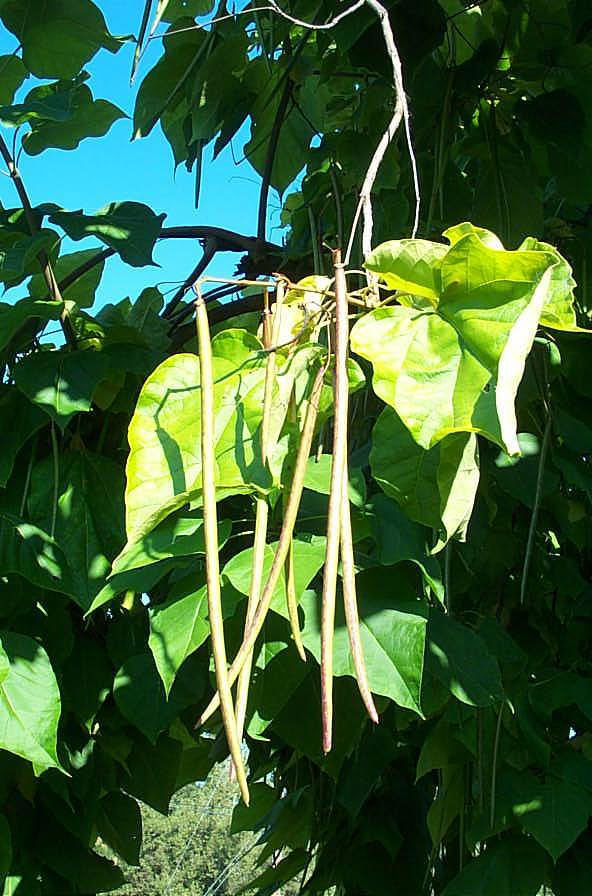 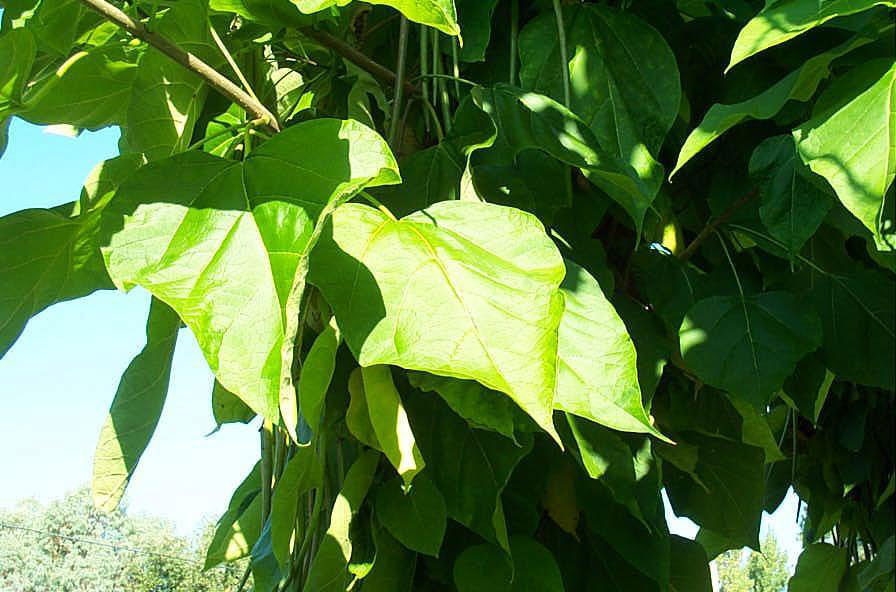 Native to the Gulf states of North America, but sold widely as a garden ornamental tree. It is a prolific seed producer, and commonly escapes cultivation to grown along roadsides, in vacant lots, or other disturbed sites, generally where water is available. Found throughout the eastern half of the U.S., along the Pacific Coast, and in Arizona, New Mexico, and North Dakota.

A perennial deciduous tree that is fast growing, quickly producing shade for gardens. Reproduction is from seeds that may be released explosively from the extremely long pods.

Mature trees may grow to 40 feet in height, with large clusters of showy pinkish or white flowers emerging in late spring. When fully mature the seed pods may be over 1 foot in length and very narrow, hanging conspicuously downward throughout the tree. The leaves are extremely large, nearly a foot in length, and when they fall they tend to cover landscape plantings below.

If growing in an undesirable area the trees must be physically removed, and efforts made for some years in the future to kill new trees that sprout from the seeds, which can lay dormant for long periods.