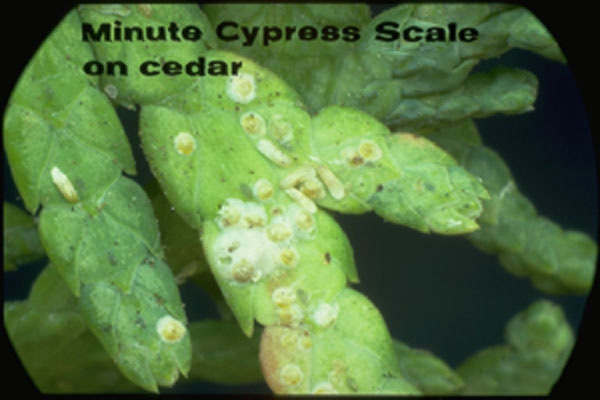 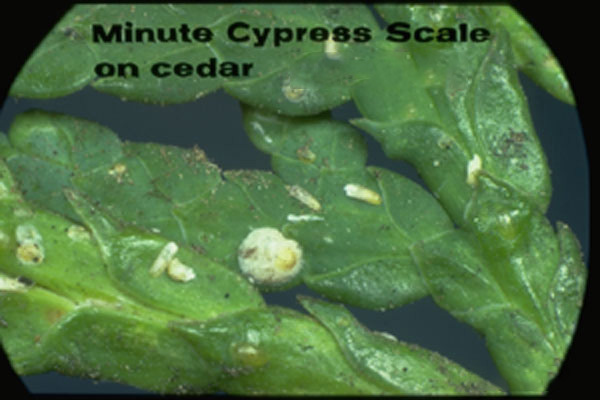 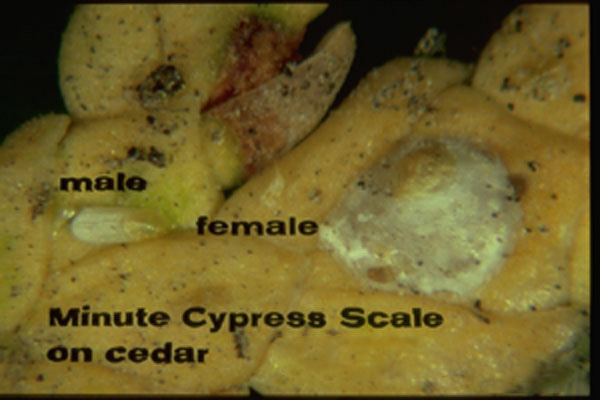 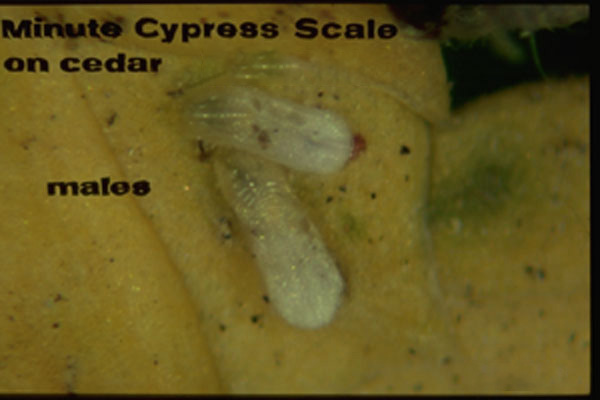 Native to the western hemisphere, where it is found primarily in southern states and in the Caribbean.

The scale infests a variety of conifers, but is most prevalent on juniper, cypress, redwoods, and a few other ornamental shrubs or trees. It is found on the needles in any growth stage, and occasionally on the green cones. Males and females mate in the fall with the females overwintering on the trees. In the spring they lay around 40 eggs, and in favorable climates there may be 2 generations in a season. The mobile crawlers move to new parts of the plant, and may be spread to other plants by wind or on animals that move from plant to plant. Cuttings from an infested plant also may carry the scales to new areas further away.

This is a small armored scale with adult female wax scales less than 2 mm across. It is circular and moderately raised or rounded, white to pinkish in color. Males are elongate and oystershell in appearance, with a white anterior and clear or brownish posterior end.

Heavy infestations can cause premature yellowing of foliage, leading to dieback of the needles and potentially serious loss of health by the plant. In some areas of the world it can be a major cause of loss of forested areas. Where populations of the scale warrant control dormant or summer oils may be effective, as well as contact insecticides applied when the first instar crawlers are present. An IGR applied when crawlers are present also may be effective.