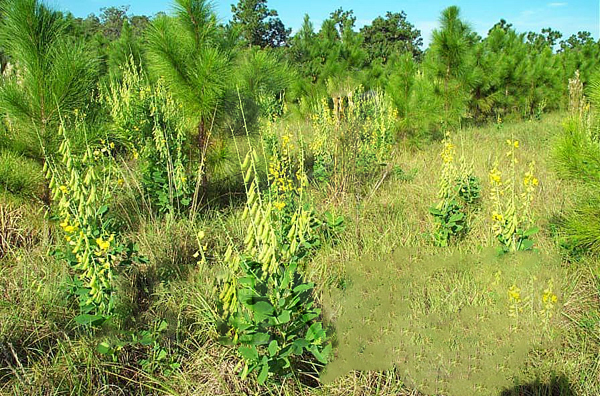 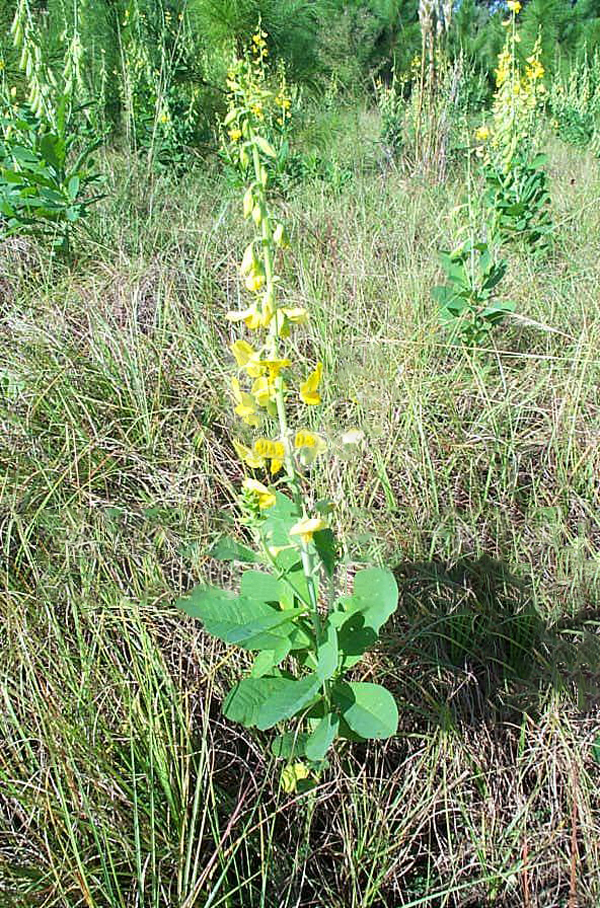 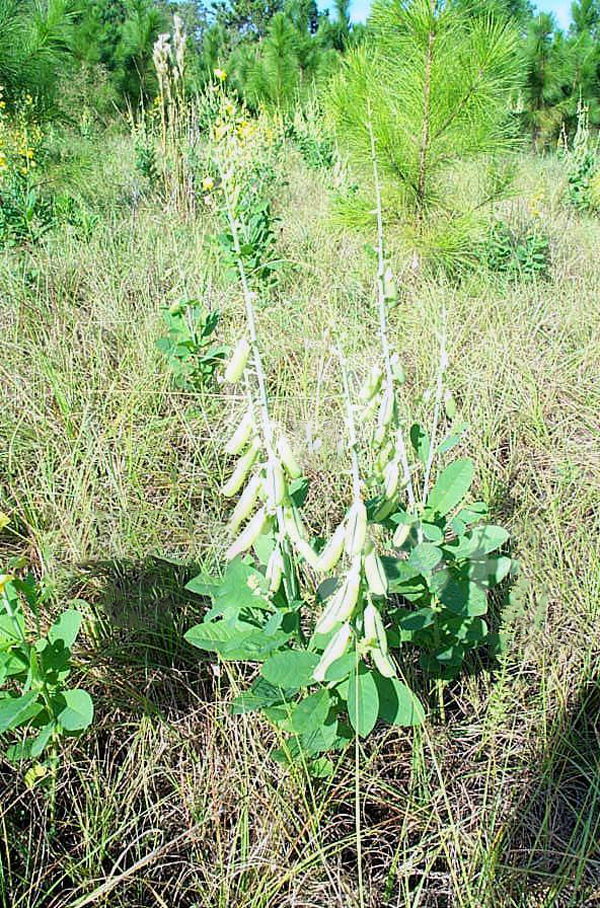 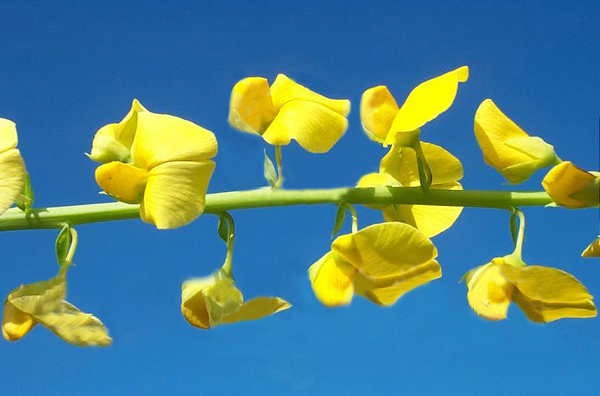 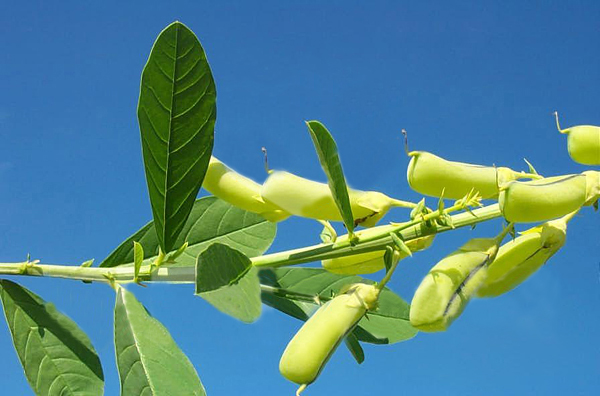 Native to the Indo-Malaysian region, but often planted as an ornamental. It is now found throughout the southeast third of the U.S. north into Illinois, as well as in the Caribbean and Hawaii. It also is found on other Pacific Islands, where it is considered a noxious weed and a threat to native ecosystems.

An annual or biennial that propagates from seeds, and found commonly in disturbed fields, roadsides, or waste areas.

Mature plants grow to over 5 feet in height in an upright, branched habit. Numerous tall stems produce dozens or large pods that may be 4 inches in length and have a drooping position. The large leaves are simple (unifoliate) and alternate along the lower area of the stems. Flowers are bright yellow and in open clusters up to a foot long or longer at the ends of the stalks.

Physical removal of the large plants prior to seed germination will help prevent spread of additional seeds. Spot treating with a contact or systemic herbicide will be effective in killing existing weeds.