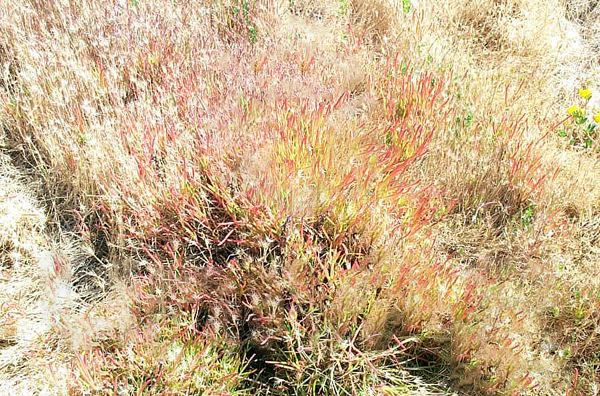 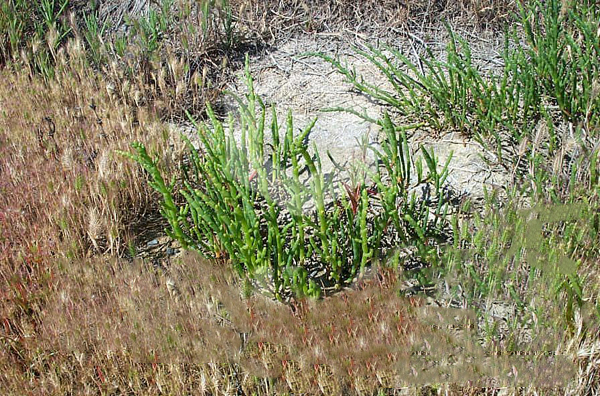 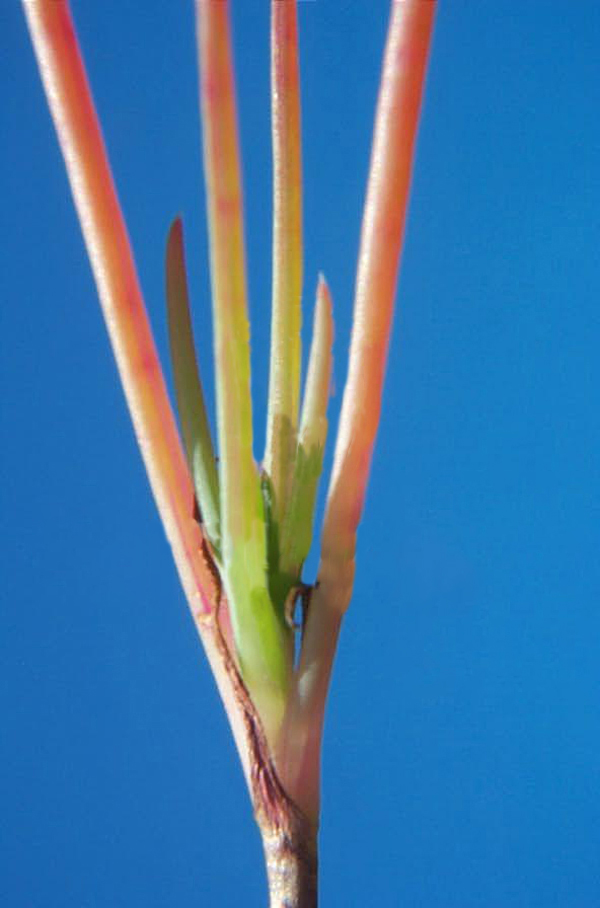 Native to South Africa, but imported as an ornamental plant in California, where it can be found along coastal areas in sandy soils. It spreads rapidly to form dense stands on sand dunes or salt marsh habitats.

A short-lived perennial that spreads by seeds.

Plants are upright on a single branching stem, usually to a height of 1 foot or less. The leaves are narrow and elongate and very fleshy, often forming as a basal rosette. When cut they are slightly triangular in cross section. The shiny yellow flowers are conspicuous and up to 3 inches across.

Often grows in waste areas where it is not considered a problem, but in areas where it competes with desirable vegetation it may be physically removed fairly easily, or treated with a contact herbicide. Seeds may be controlled using a pre-emergent herbicide.