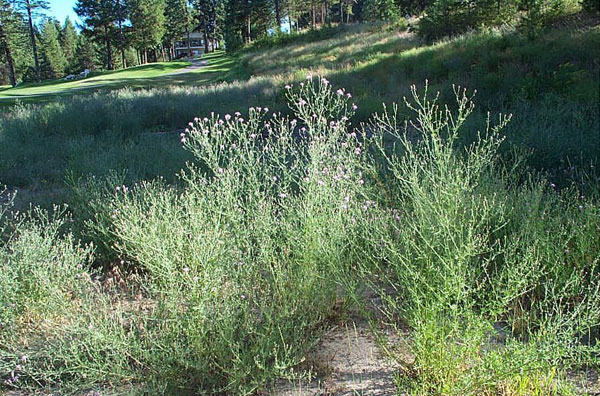 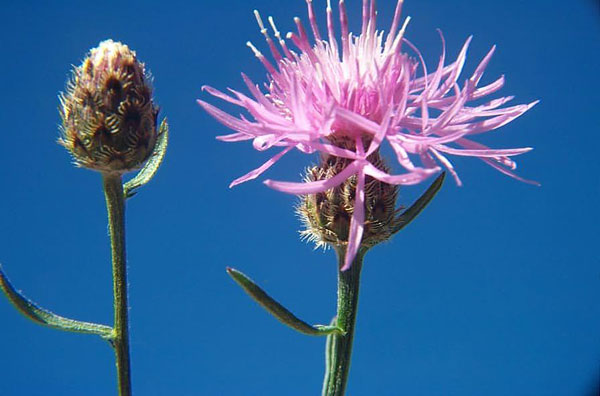 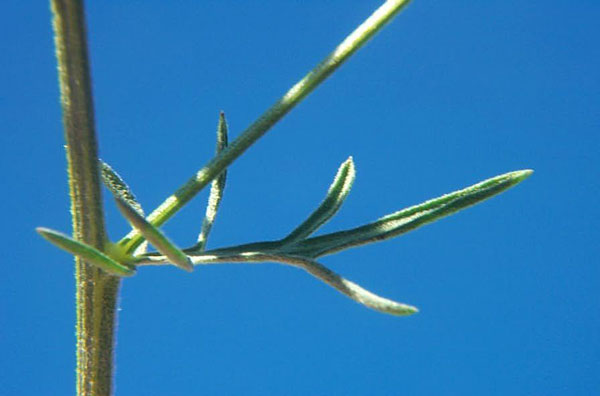 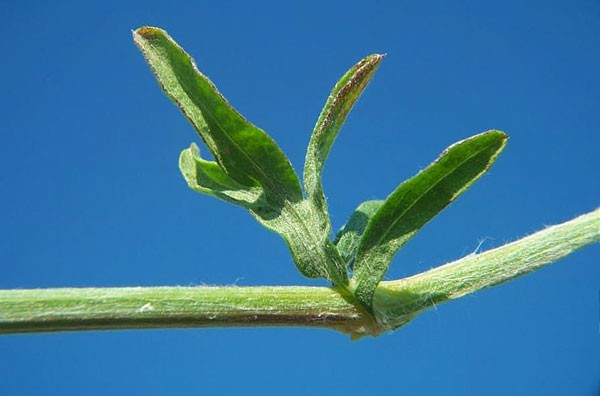 Accidentally introduced from Europe as a contaminant in crop seeds, and now one of the major weed pests on rangeland in Montana. It is found throughout the northern half of the United States

This is a biennial or a short-lived perennial which grows as a basal rosette of leaves the first year, and then produces stems and branching and flowers the second year. Reproduction is by seeds. The dead stems and old flower heads will persist through the winter.

Mature plants may be over 4 feet high with stems erect or ascending, and often with extensive branching and multiple stems that may result in a very bushy appearance. Stems are generally covered with wooly hairs. The leaves that grow along the stems are pinnately divided, with each leaf divided into numerous long, thin leaflets. The basal leaves are elongate and with wavy or slightly lobed margins. Flowers are purple to pink or rarely white, and occur singly at the ends of the stems. Flowering can be extensive, with up to 200 flower heads per plant. The bracts below the flowers form a closed, egg shaped cone, and each bract is tipped with a dark fringe. The flowers are all disk flowers but have very long petals and form a soft tuft.

While knapweed will grow in most soil conditions, including turf, it is highly tolerant of dry soils. Heavy flowering can lead to huge seed production if plants are not controlled early. Physical removal is suggested.