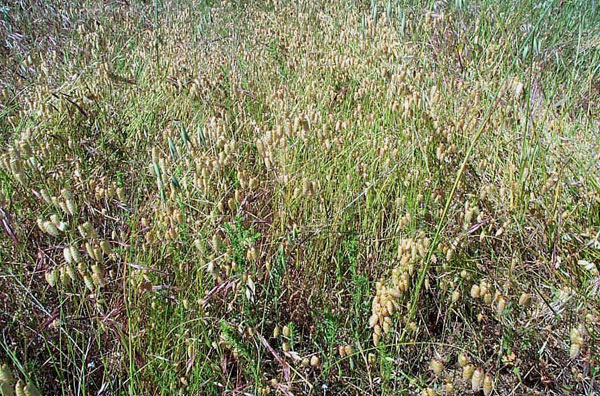 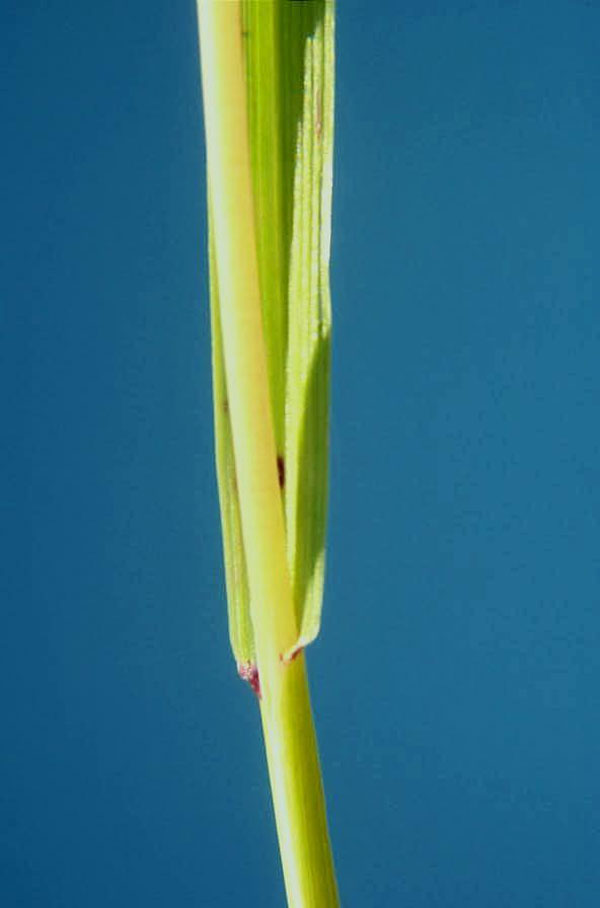 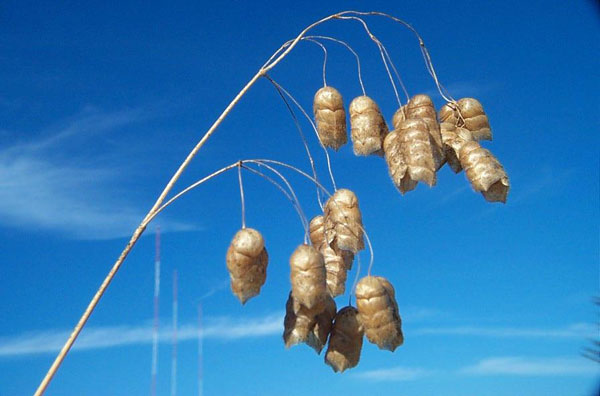 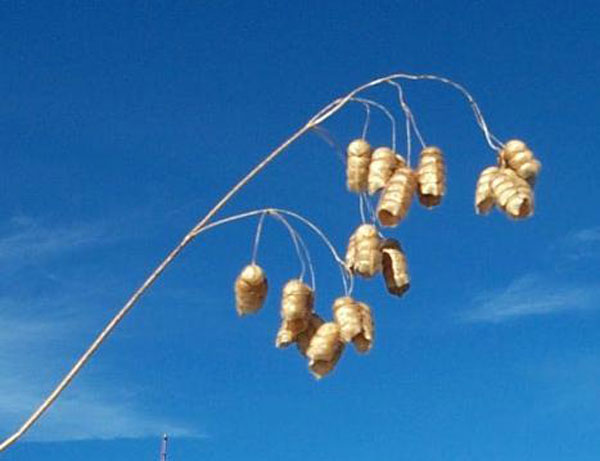 Native to Europe, and introduced to the United States, where it now occurs very sporadically along the West Coast, in Colorado and Illinois, in Georgia and states around New York, as well as in Hawaii.

An annual grass that reproduces from seeds. Occasionally found in disturbed habitats such as roadsides, pastures, empty lots and landscape. Where it occurs it may form extensive stands that crowd out other vegetation.

Mature plants can grow to 2 feet tall, with 1 to a few stems arising from the base, and so thin they begin to droop near the top with the weight of the flower heads. Leaves are long and narrow. The flower heads consist of only 3 or 4 spikelets per plant, and they strongly resemble the rattle of a rattlesnake. These are around ¾ inch long and somewhat heart-shaped and compact, with around 7 flowers on each spikelet.

Easily killed with a contact or systemic herbicide, and prevented using a pre-emergent herbicide prior to seed germination. This is a late winter or early spring germinating weed, and persists in damp locations into the summer.