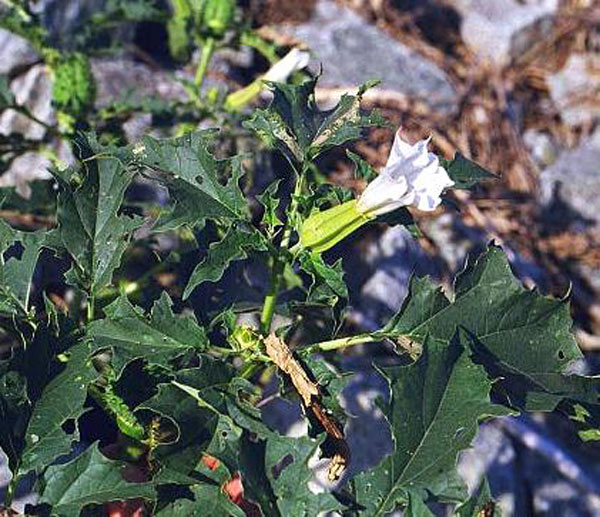 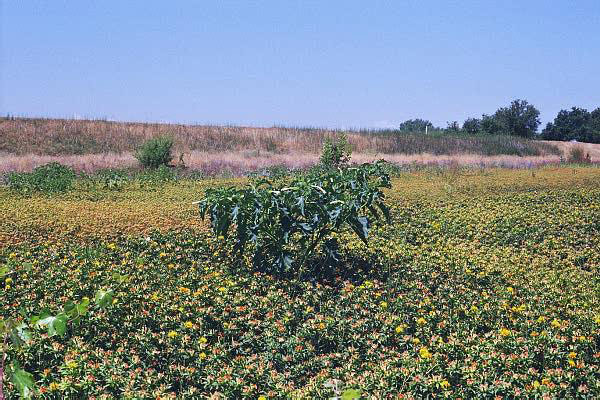 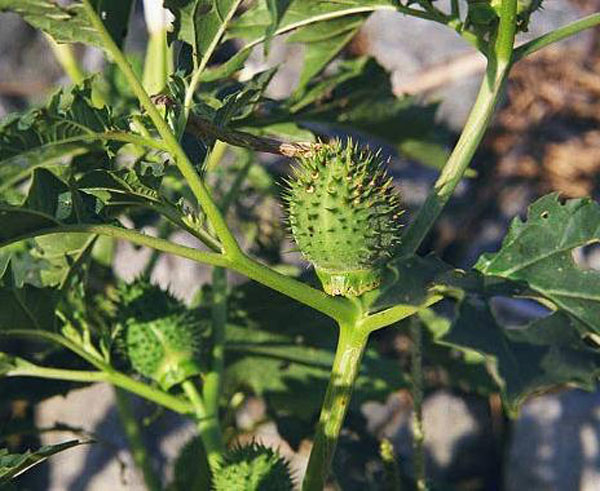 Native to tropical Americas, but now widely spread throughout the warmer areas of the world, and very common in the southern U.S. but not in the northern Great Plains.

An annual summer weed reproducing by seeds. Foliage has a strong, unpleasant odor to it, and seed pods are large, egg-shaped, and covered with prickles. Seedlings will emerge from mid to late spring and throughout the warm seasons when moisture is adequate. All parts of the plant are toxic, and human poisoning has occurred from ingesting the seeds, which contain tropane alkaloids. The foul odor is usually a deterrent to ingestion by livestock.

Mature plants grow to 4 feet tall and are erect with only a few branches. Stems have very few to no hairs and are green to purple in color. Leaves are alternate and on long stems. They may be 8 inches long and are egg shaped but with deeply wavy margins, forming long, pointed lobes, giving the leaves somewhat of an oak leaf appearance. Flowers are large and white to purplish, and are produced from late spring into early fall. They open in late afternoon or the evening. Flowers are tube shaped and up to 4 inches long, with the 5 petals closely joined but ending in curved, pointed tips. The seed pod is egg-shaped and up to 2 inches long, covered with long spines that are almost ½ inch long. It has 4 cells, and splits open from the tip as it dries.

An annual weed, with stems and seed pods persisting through the winter in a dried state. Nutrient-rich soils are preferred.