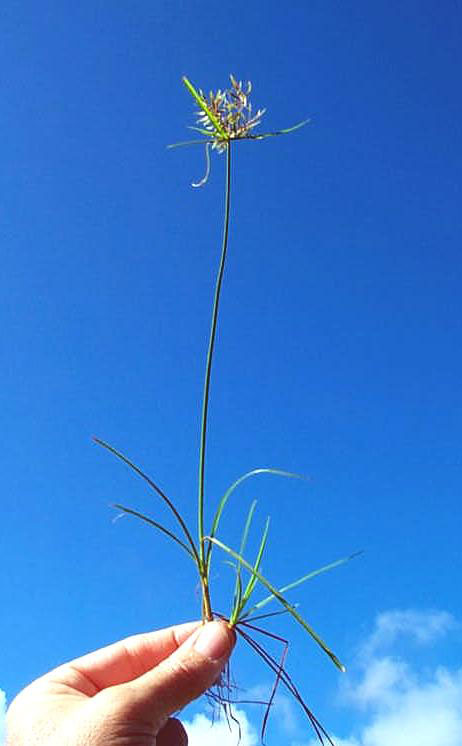 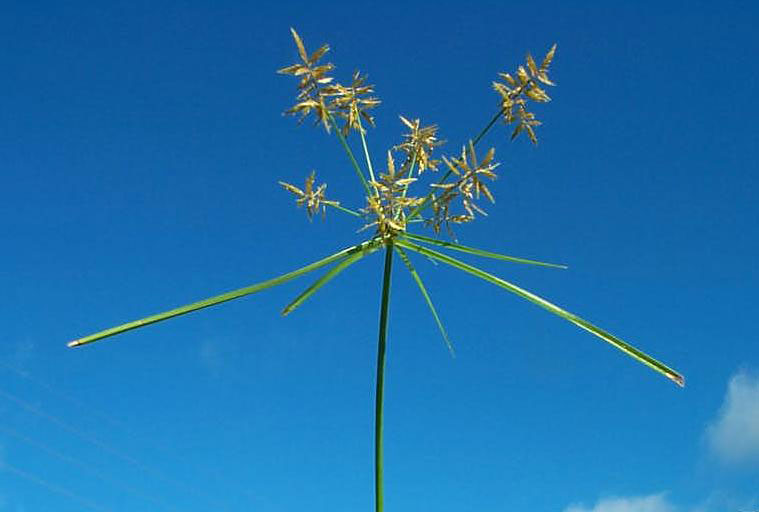 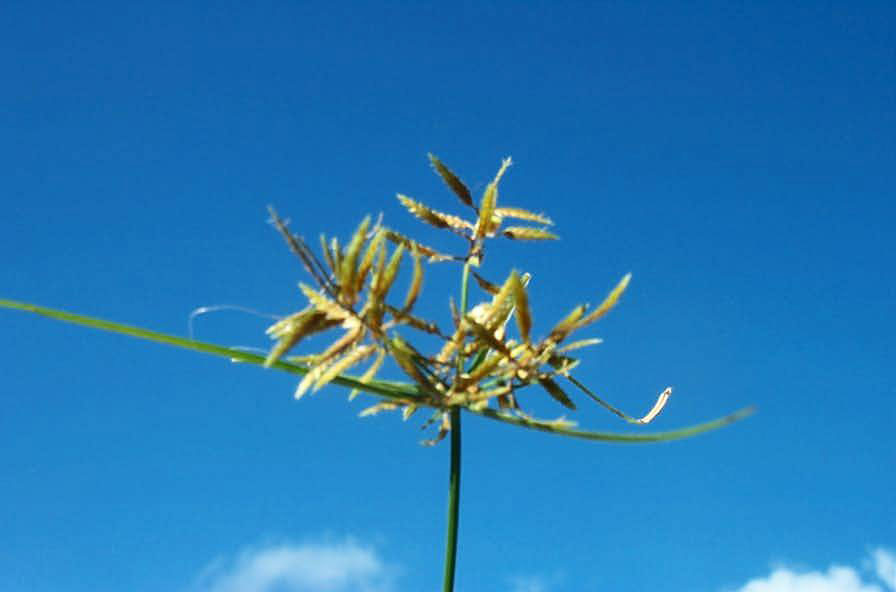 Native to southeastern United States and Latin America, but found throughout the world in tropical habitats. In the U.S. it is found from Maine to Florida, west to Texas and Missouri, and in Hawaii. It also is in the West Indies, Asia, and Europe.

A summer annual weed that reproduces from seeds, with seed production beginning in the summer months. It tolerates either dry or wet soils, and is a problem in turf, landscape, and in many disturbed sites.

This is a bunch-forming plant that may grow to around 20 inches high. Several narrow, long leaves arise from the base of the plant as well as 3 to 5 lateral leaves at the top of the stem. Leaves tend to have a brownish caste to them. The flower clusters arise from the top of the stem on short to long stalks, with clusters single or in groups of 2 or 3. Each compact cluster is composed of several dozen long, thin spikelets in a loose oval shape.