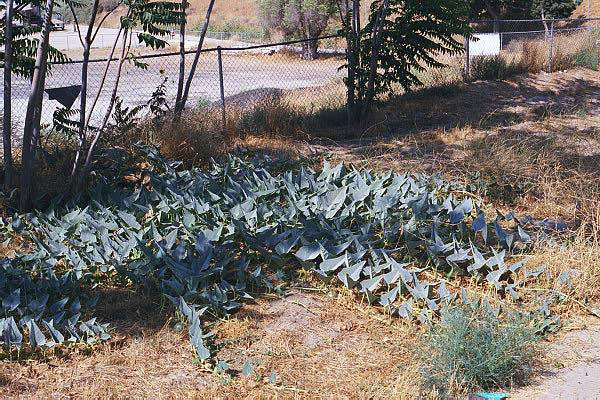 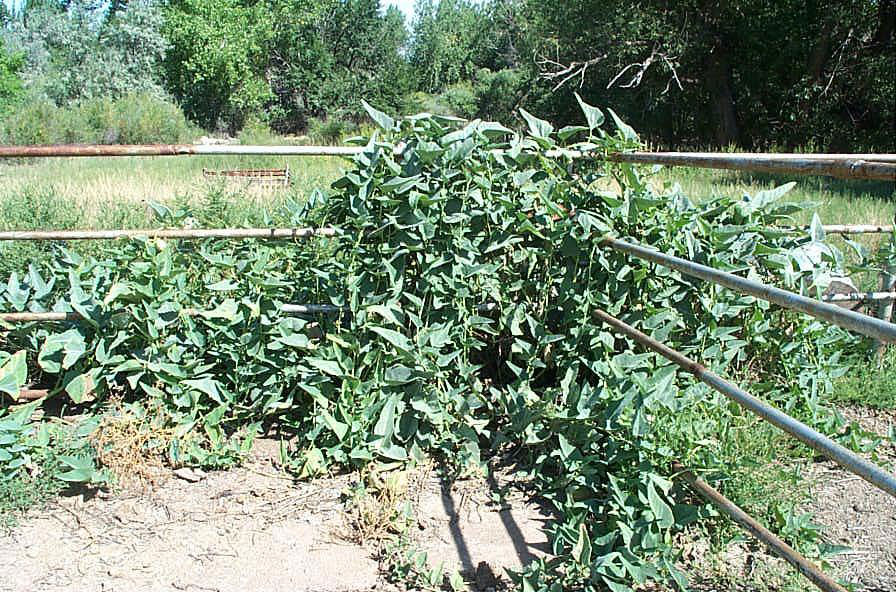 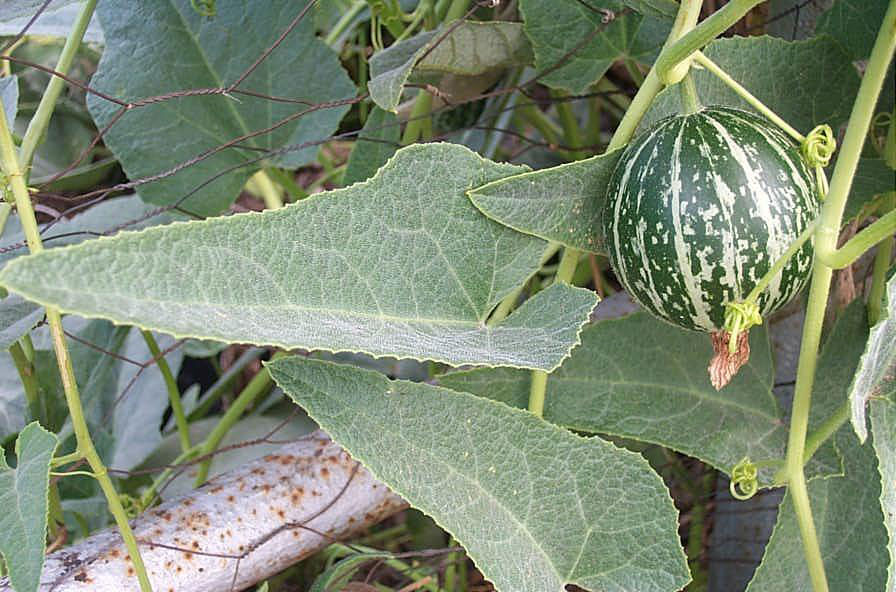 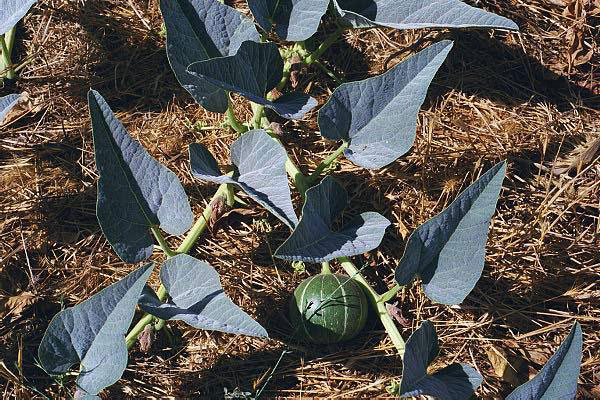 Native to the United States and distributed widely from Virginia to California, with little occurrence in extreme northern states or most of the southeast.

A perennial broadleaf found in many situations, especially in sandy soils but rarely as a noxious weed in crops. Seeds germinate in early summer and the plant matures, either from seed or from regrowth, in late summer. Roots are extremely large.

Mature plants are a ground-hugging vine with stems as long as 15 feet. A strong odor may be associated with the plant. Tendrils are produced along the stems and may root at their tips. Leaves are extremely large and arrowhead shaped, are bluish green, and are hairy on the lower surface. Flowers are up to 4 inches across and are yellow and highly visible, usually as single flowers. The fruit resembles a small watermelon, about 4 inches in diameter, green, with lighter striping, turning straw colored as they mature.

A perennial with a large root system.