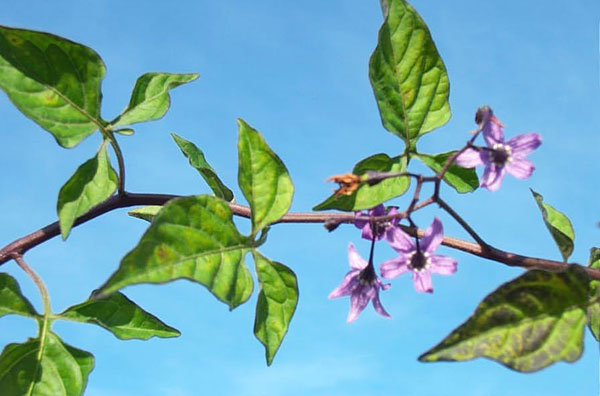 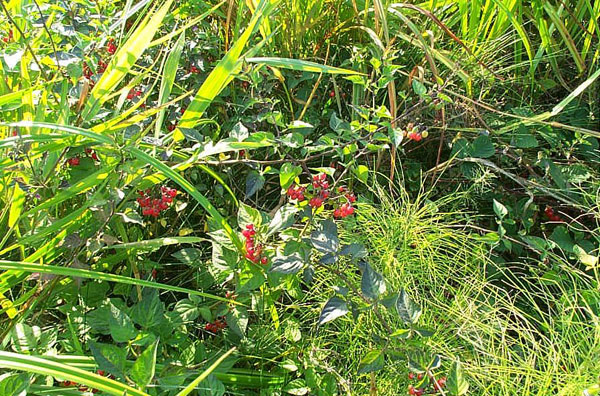 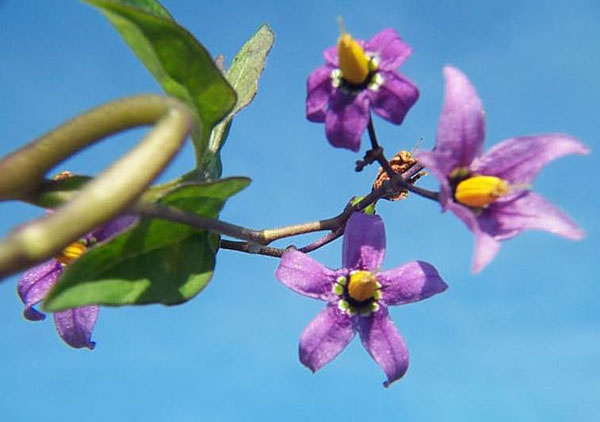 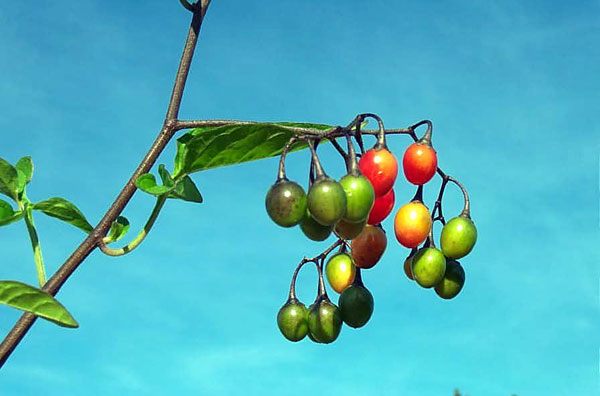 Native to Eurasia, but introduced to the United States as an ornamental plant. Now found over much of the U.S., particularly common in the east and north central states.

A perennial vine with semi-woody stems that may grow to 10 feet long. On its own it may form large patches of spreading stems and foliage, and near other plants it grows as a twining vine over them. Foliage and berries are toxic, particularly to livestock that may graze on them or children who eat them. The toxin is glycoalkaloid solanine and it stays in the plant even when dried.

Mature plants may be vine-like on other objects or erect to 9 feet tall. Stems are weak and arching and are hollow. Leaves are dark green to purplish and up to 4 inches long. There may be two leaf forms, one ovate and the other with 2 lobes near the base. The leaf margins are smooth, and foliage has an unpleasant odor. Flowers are star-shaped with 5 purple petals, the petals fused at the base but deeply lobed and pointed at the tip, and with a yellow center. The berries are about 1/3 inch in diameter, round, red, and arranged in open clusters.

Propagation is by either seeds or by the creeping stems that will root at the nodes where they touch the soil.